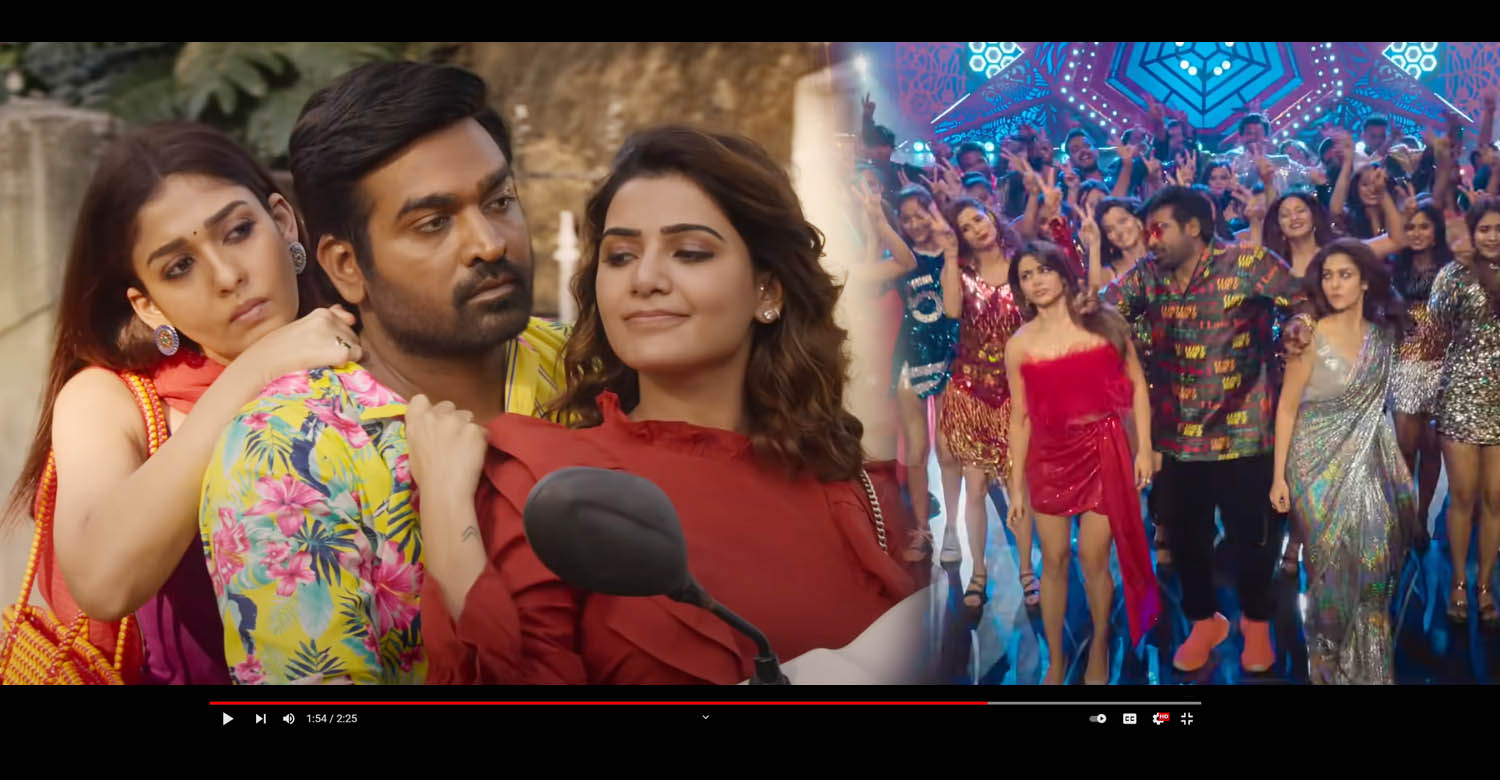 As ‘Kaathuvaakula Rendu Kaadhal’ gears up for theatrical release on April 28, the makers recently released the trailer online. The Vignesh Shivan directorial is touted to be a fun rom-com and the trailer promises exactly the same. Vijay Sethupathi, Samantha and Nayanthara play the leads in the film.

Vijay Sethupathi essays a character named Ranjankudi Anbarasu Murugesa Boopathy Ohoondhiran aka Rambo in it. The film has Samantha playing a role named Kathija and Nayanthara as Kanmani. From the trailer, the film seems to be about how the two women try to win over Rambo.

The film is produced jointly by 7 Screen Studios and Rowdy Pictures.