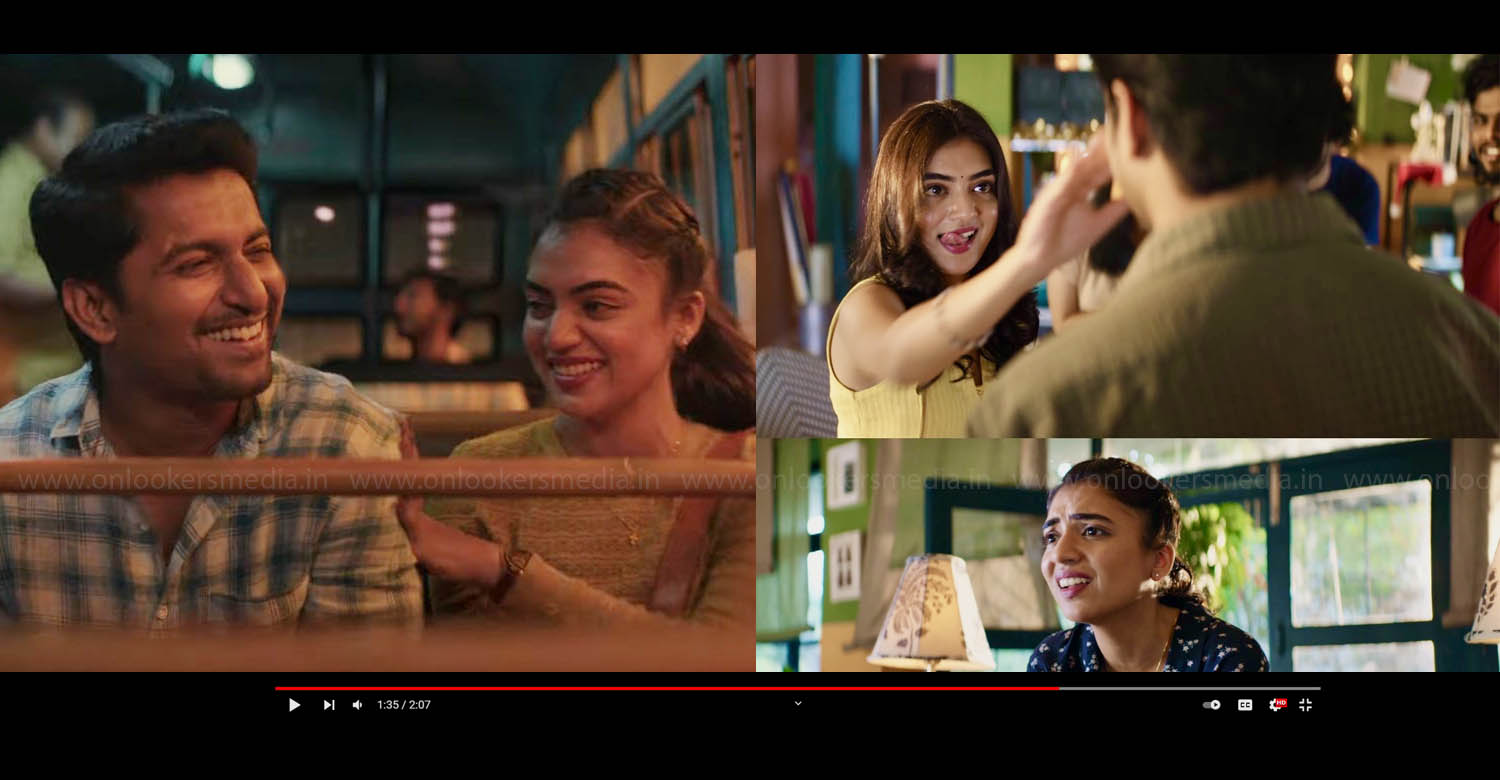 As reported by us earlier, Malayali actress Nazriya is making her debut in Telugu cinema with a musical rom-com titled ‘Ante Sundaraniki’. The film stars Nani as the male lead. Vivek Athreya of ‘Mental Madhilo’ and ‘Brochevarevarura’ fame is directing the film. Its trailer got released recently and has got excellent response from all corners.

From the teaser, we understand that the film is a light-hearted entertainer about how two people from different religious backgrounds fall in love and the problems they face. While Nani plays Hindu guy who comes from a highly orthodox family, Nazirya’s character is a Christian.

‘Ante Sundaraniki’ is slated for theatre release on 10 June 2022.