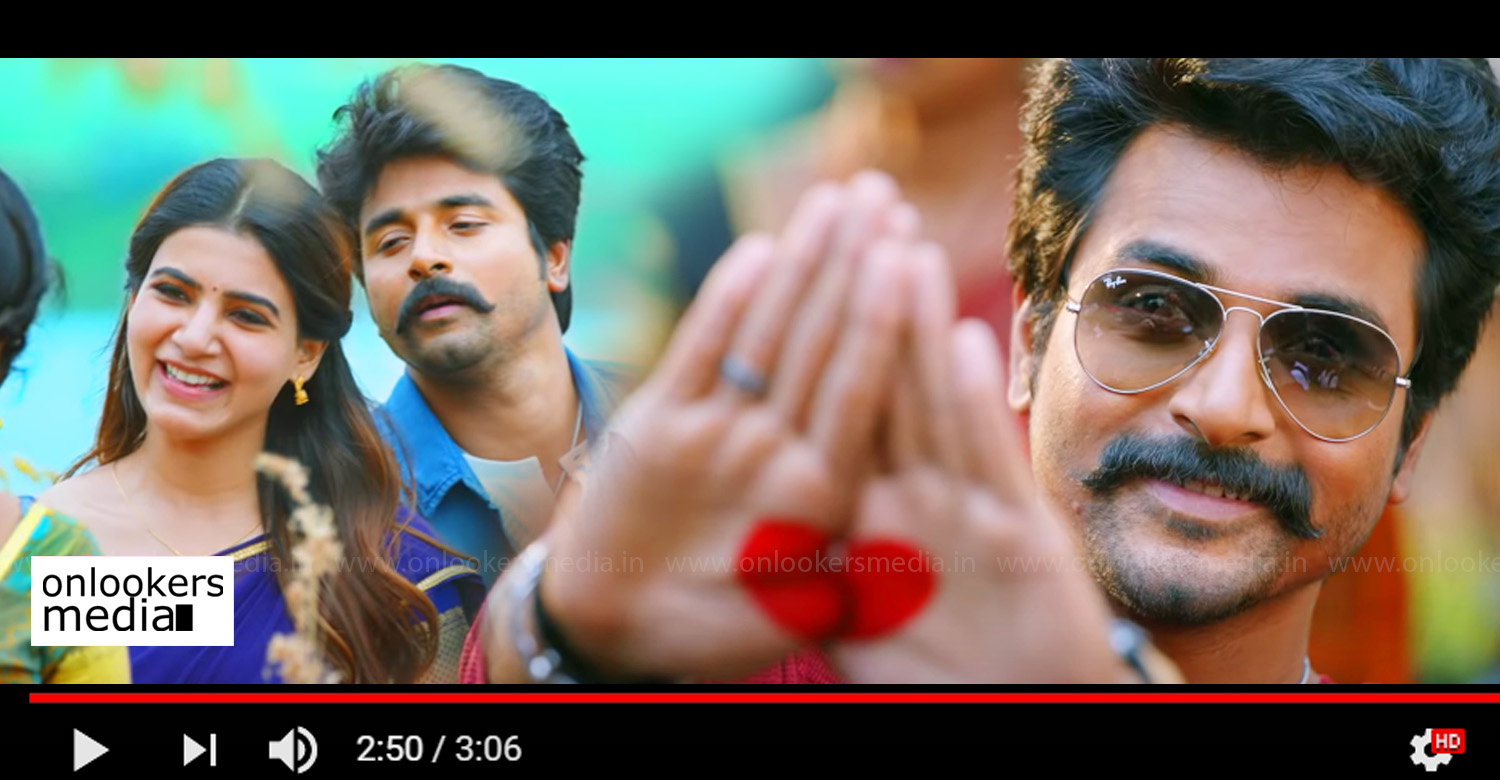 Sivakarthikeyan’s Seemaraja is gearing up to hit screens. The movie which marks his third time association with director Ponram, is touted to be a rural mass comedy entertainer. The movie has Samantha paired with Sivakarthikeyan for the first time. A new song featuring the lead pair has been released in social medias. The song titled, Machakanni is penned by Yugabharathi and sung by composer Imman himself.

Apart from Samantha, Seemaraja also has Keerthy Suresh in a cameo role. The movie has a bunch of negative characters. Simran, one of the leading heroines of her time, is playing one of the antagonists. Malayali actor Lal, Soori, Napoleon, KS Ravikumar, Motta Rajendran, Sathish, Yogi Babu and Manobala are also part of the supporting cast.

RD Raja’s 24 AM Studios is producing Seemaraja, which is slated for release on September 13.