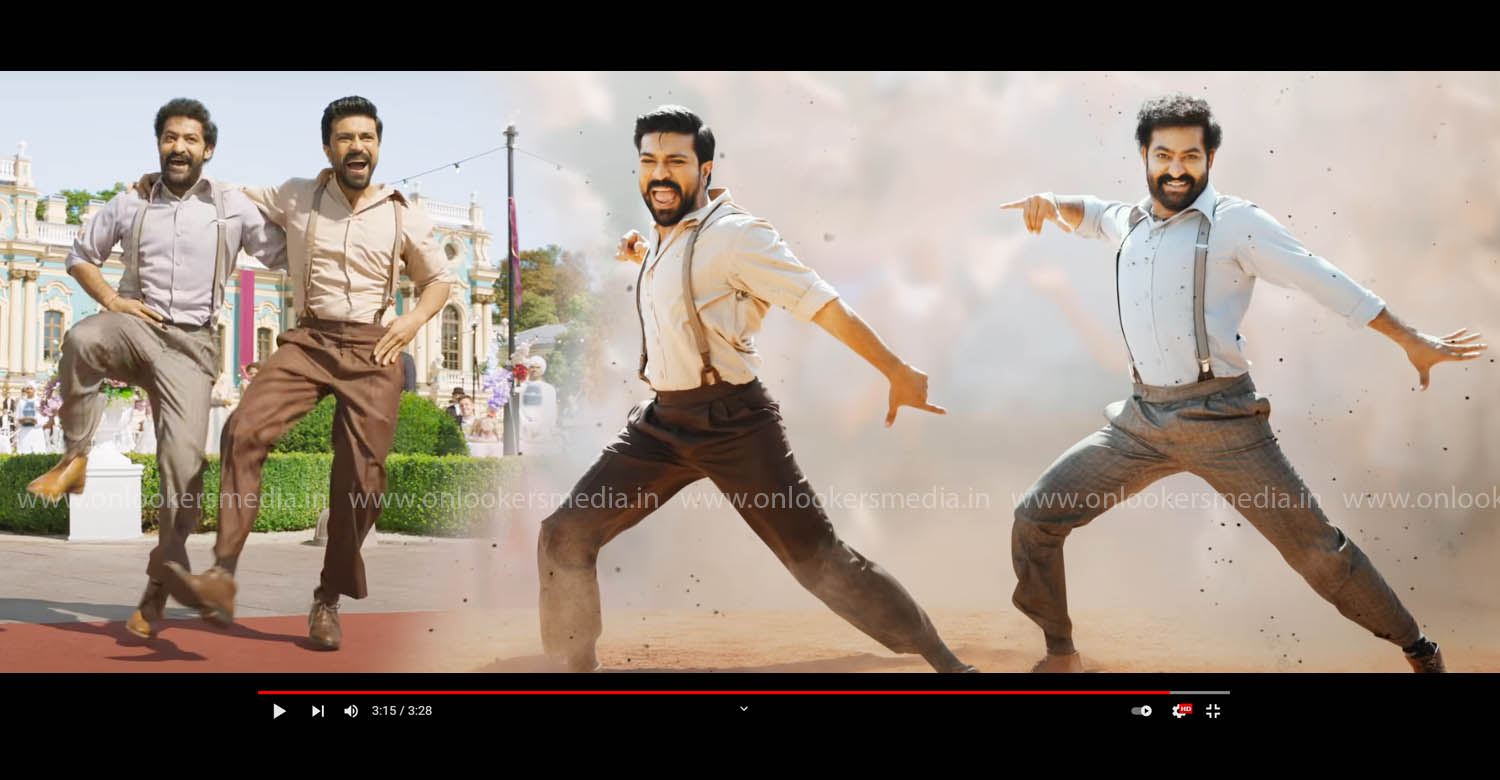 The second single from ‘RRR’ got released online last day. Like the earlier single, this one has also been released in Tamil, Telugu, Malayalam, Hindi and Kannada languages. MM Keeravaani has composed the song, which is titled as ‘Naatu Naatu’ in Tekugu. In Malayalam, it is titled ‘Karinthol’. Mankombu Gopalakrishnan has written the lyrics and it is sung by KS Harisankar and Yazin Nizar. Towards the end of the lyric video, we can see the film’s two lead actors Ram Charan and Jr NTR dancing fiercely matching each other.

Bollywood actors Ajay Devgn and Alia Bhatt are also playing crucial roles. The film is produced by DVV Danayya under the banner of DVV Entertainment. The makers have announced that the film will be hitting screens worldwide on January 7, 2022.