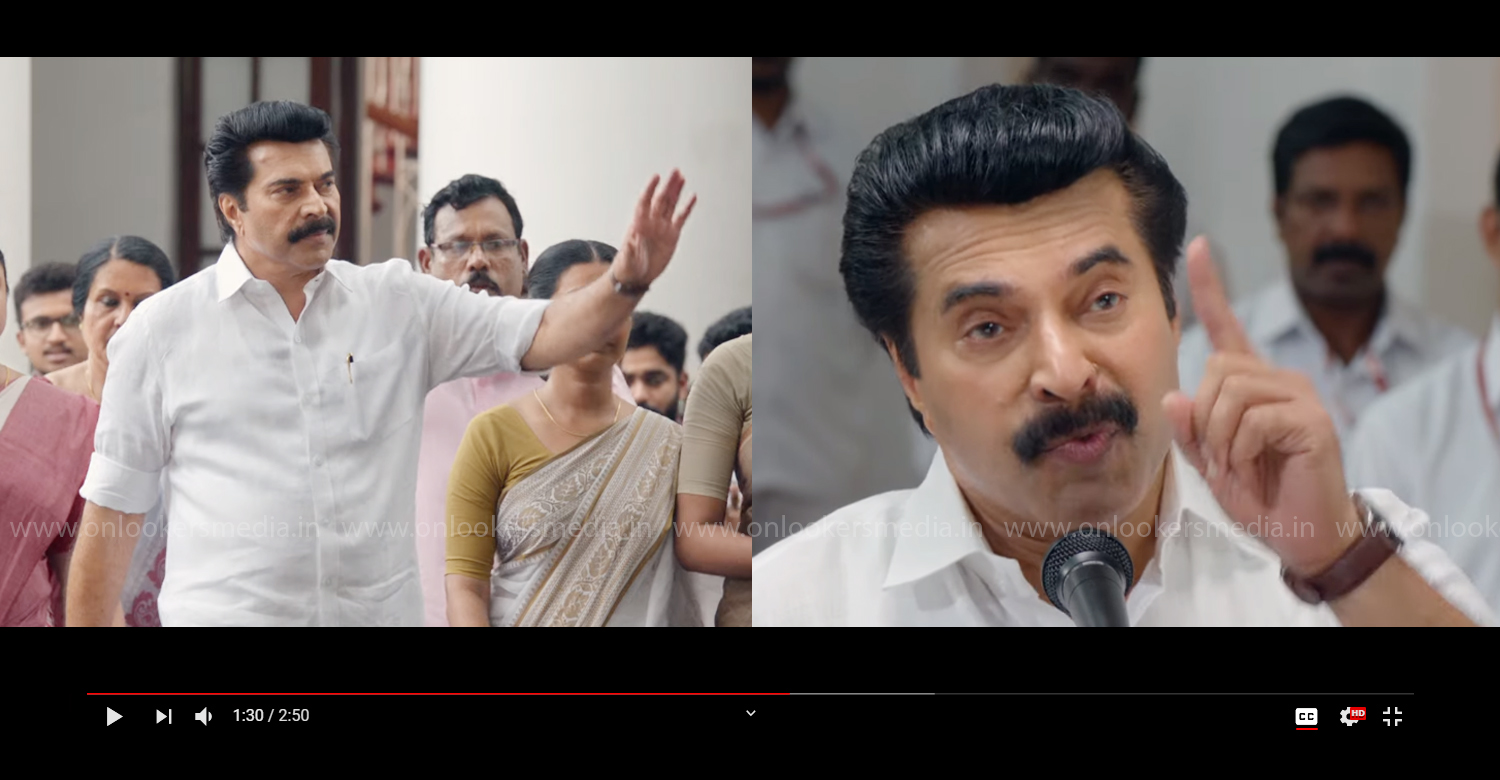 Mammootty’s new film ‘One’ is getting ready to hit screens in April. Santhosh Viswanath of ‘Chirakodinja Kinavukal’ is directing the film. It is a political drama scripted by Bobby-Sanjay and produced by Ichais Productions. The makers have released the teaser online. As informed earlier, Mammootty plays the role of a Chief Minister in the film. His character is named as Kadakkal Chandran.

In the teaser, Mammootty looks majestic as the State CM with his commanding voice and appearance. Writers Bobby-Sanjay have taken inspiration from some real life incidents to script this film. With ‘One’, the makers are trying to address how an ideal Chief Minister should function.