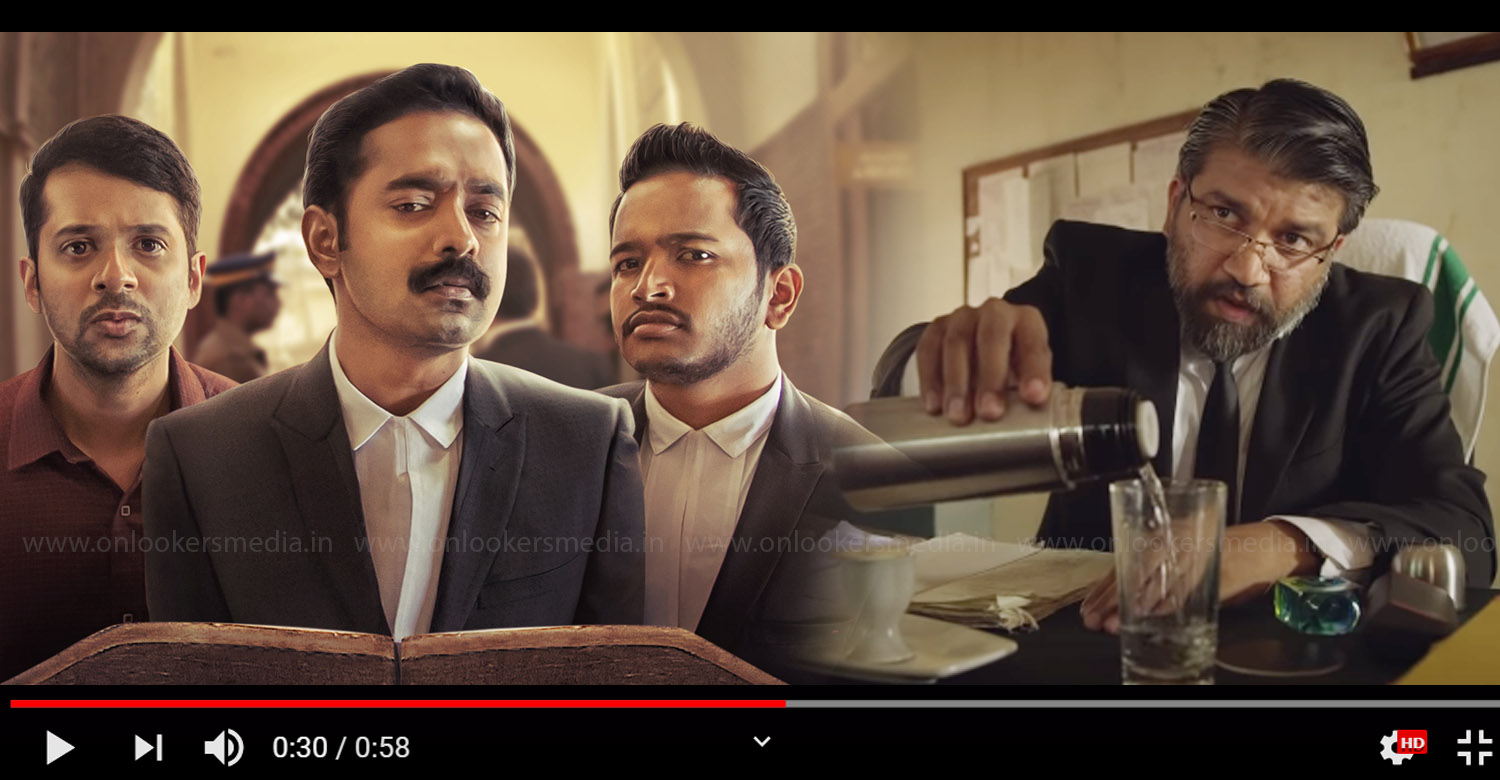 Recently, on the birthday of actor Asif Ali, the teaser of his upcoming movie OP 160/18 Kakshi : Amminippilla was released online. This interestingly cut teaser has got good response from social media users. The movie directed by debutant Dinjith Ayyathan has Asif playing an advocate for the first time in his career.

Scripted by Sanilesh Shivan, the movie is a court-room drama set in Thalassery. Along with Asif, Basil Joseph and Ahmed Siddique play key roles in the movie. The story is centred around the case of a newly wed couple Shajith Kumar Amminipilla and his wife Kanthi Sivadasan. The former approaches advocate Pradeepan Manjodi, a political aspirant who initially refuses but later takes up the case, changing the perspective giving the storyline a twist.

The movie is essentially a realistic court drama with different layers of humour and emotions. The 1 mn minute-long teaser also gives a sneak-peak of the same and the proceedings of a family court. While Asif essays the role of advocate Pradeepan, Ahmed Siddique plays the role of Amminippilla. Basil also plays an advocate in the movie. Others in the cast include Vijayaraghavan, Nirmal Palazhy, Sudheesh, Mamukkoya, Sreekanth Murali, Lukman, Babu Annur, Aswathy Manoharan, Shibla and Sarayu Mohan.

The movie has songs composed by Arun Muraleedharan and Samuel Aby while background score is handled by Jakes Bejoy. Cinematographer Bahul Ramesh and editor Sooraj ES are also part of the technical crew. Riju Rajan is producing the movie under the banner of Zarah Films. E4 Entertainment have bagged the distribution rights of the movie, which is scheduled for release in April.

Here’s the trailer of the Malayalam version of Yatra
Anbe Anbin: Check out this new song from Peranbu
To Top