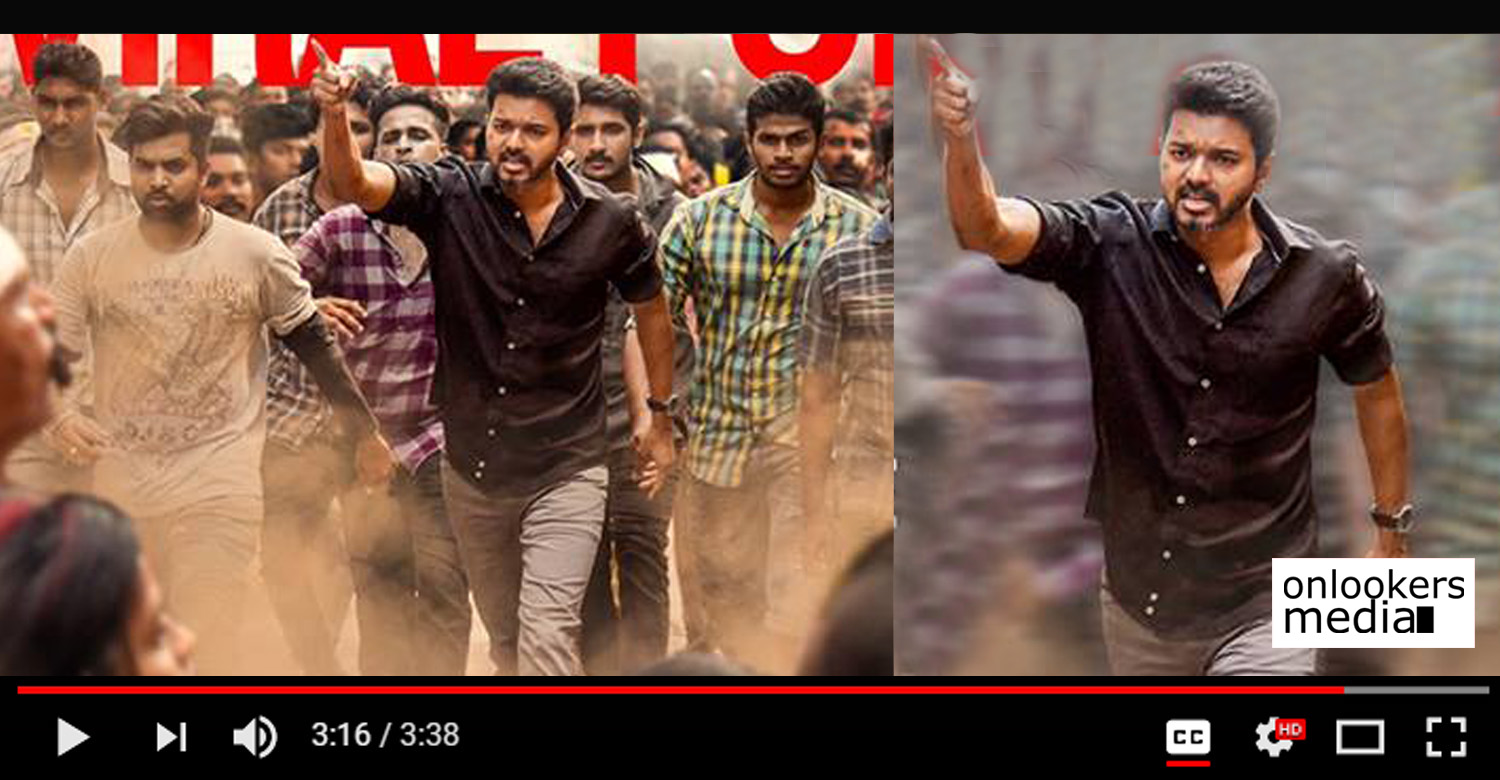 As informed earlier by the makers, the second single from Sarkar has been released today. The song titled Oruviral Puratchi is a mass inspirational track that is sure to please the fans. Vivek has written some powerful lyrics in the song. Composer AR Rahman has more than made up for the disappointment caused by the first single, Simaatangaram.

Sarkar is a political thriller directed by AR Murugadoss. Vijay’s previous two outings (Thupakki and Kaththi) with the director were hugely successful. So expectation are huge among the audience. A grand audio launch has been planned to be he’d on October 2, in Chennai. It will also be telecast live on Sun TV. Many big names from the Tamil film industry are expected to attend the event. There is also a buzz that AR Rahman will be performing live in the function.

Sarkar has Vijay playing a rich techie who turns to politics due to his circumstances. Keerthy Suresh plays his romantic interest while Varalaxmi Sarath Kumar is also there in an important character. Pala Karuppaiah, Radha Ravi, Livingston, Yogi Babu, Prem and many others are part of the supporting cast. Its technical team includes AR Rahman, Malayali cinematographer Girish Gangadharan and ace editor Sreekar Prasad.

Here’s the trailer of Vishal’s Sandakozhi 2
Here’s the teaser of Manikarnika: The Queen of Jhansi
To Top