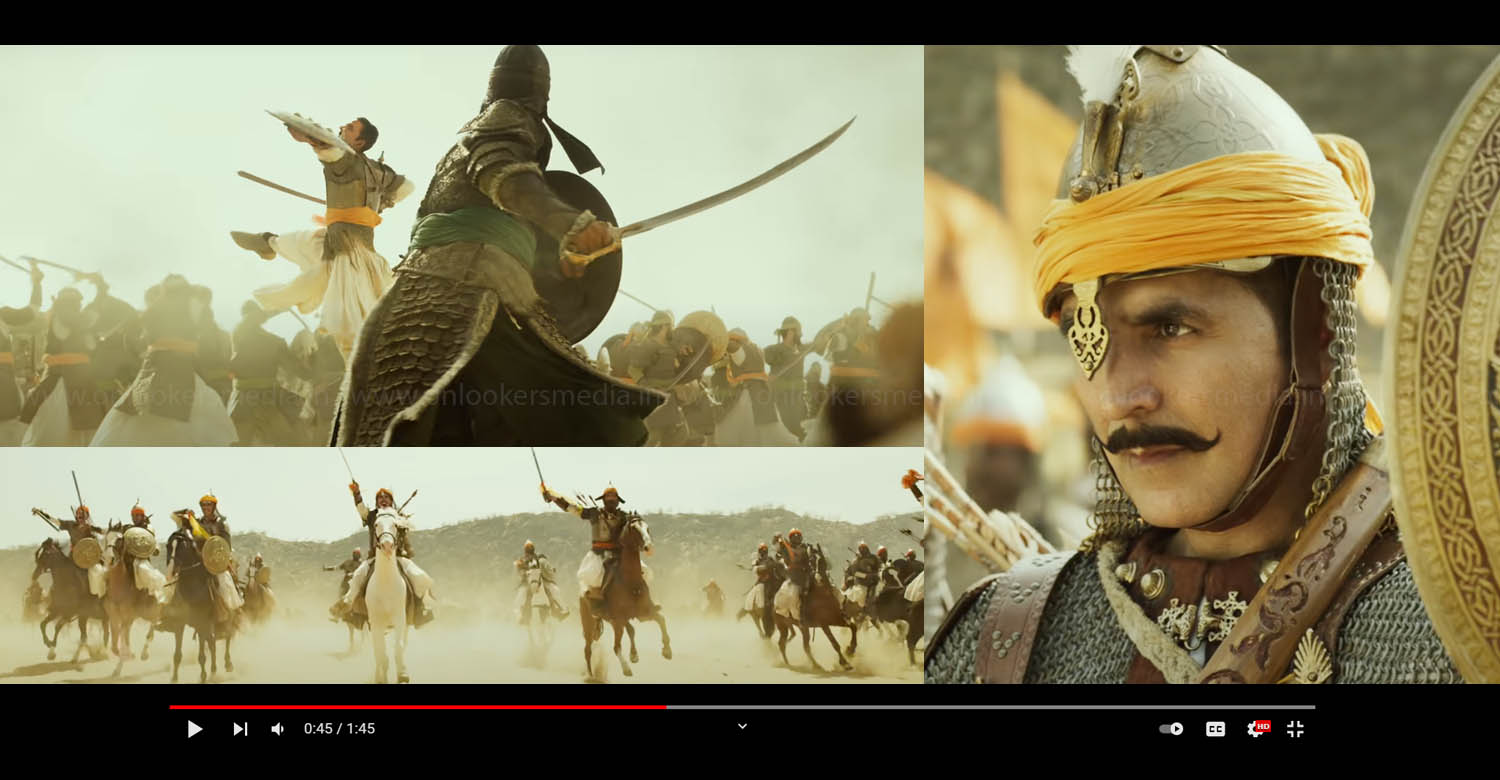 Akshay Kumar is playing the legendary warrior Samrat Prithviraj Chauhan in a war epic directed by Dr Chandraprakash Dwivedi. Titled ‘Prithviraj’, this mega budget film is scheduled for a grand theatrical release on January 21, 2022. Meanwhile, the makers have shared the film’s first look and teaser online.

A heroic story about pride and valour. Proud to play Samrat #Prithviraj Chauhan. Celebrate #Prithviraj with #YRF50 only at a big screen near you on 21st January’22.

The teaser has all the signs of a historic epic. The war scenes instantly brings back memories of the ‘Baahubali’ films. The teaser opens with visuals of Prithviraj Chauhan’s battle against the invader Muhammad of Ghor. Sanjay Dutt, Sonu Sood, Manav Vij, Ashutosh Rana, Sakshi Tanwar and many others are part of the cast. Debutante Manushi Chhillar plays the female lead.

‘Prithviraj’ is both Akshay Kumar and Yash Raj Films first historical film. The film has Manushnandan as the DOP and Shankar-Ehsaan-Loy handling the music director.