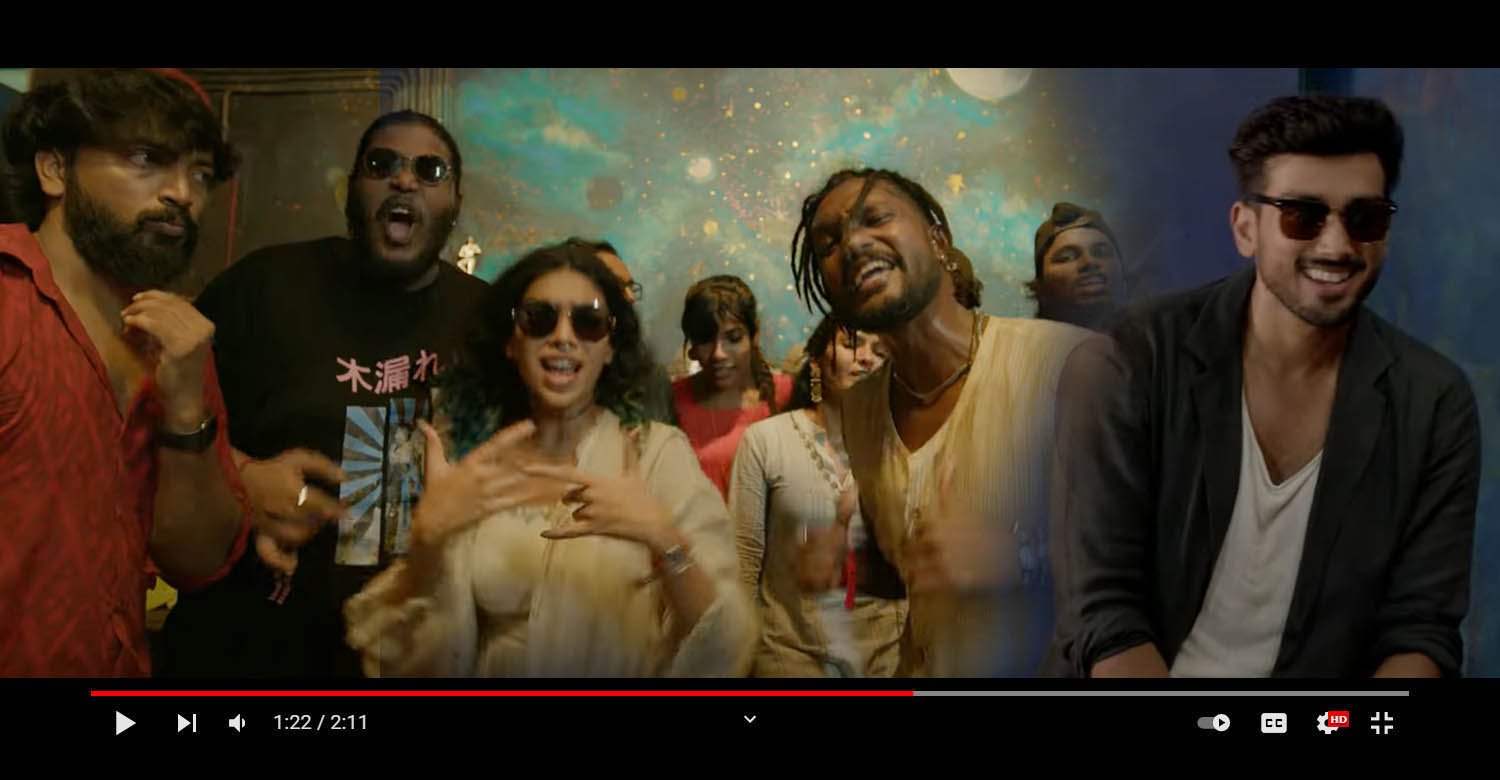 We had recently reported about the much-awaited Pa Ranjith directorial ‘Natchathiram Nagargiradhu’ locking its release date as August 31. Ahead of the release, the makers have shared the first song video. The track ‘Rangarattinam’ is set to tunes by Tenma and written by Arivu. MS Krsna, Gana Muthu, Sangita Santhosham, Kavitha Gopi and Karthik Manickavasakam have crooned the song.

‘Natchathiram Nagargiradhu’ stars ‘Sarpatta Parambarai’ fame Dushara, Kalaiyarasan and Kalidas Jayaram as the leads. Harikrishnan and ‘Dancing Rose’ Shabeer Kallarakkal are also essaying prominent roles in the film. Reportedly, the film is set in the backdrop of Tamil theater scene. It explores multiple facets of love, including straight and LGBTQ romances.

Pa Ranjith’s Neelam Productions and Yaazhi Films are jointly producing the film. The director is set to team up with Vikram next for a period film, which will begin production shortly. Ranjith is also in talks with Kamal Haasan for a Madurai-based film.