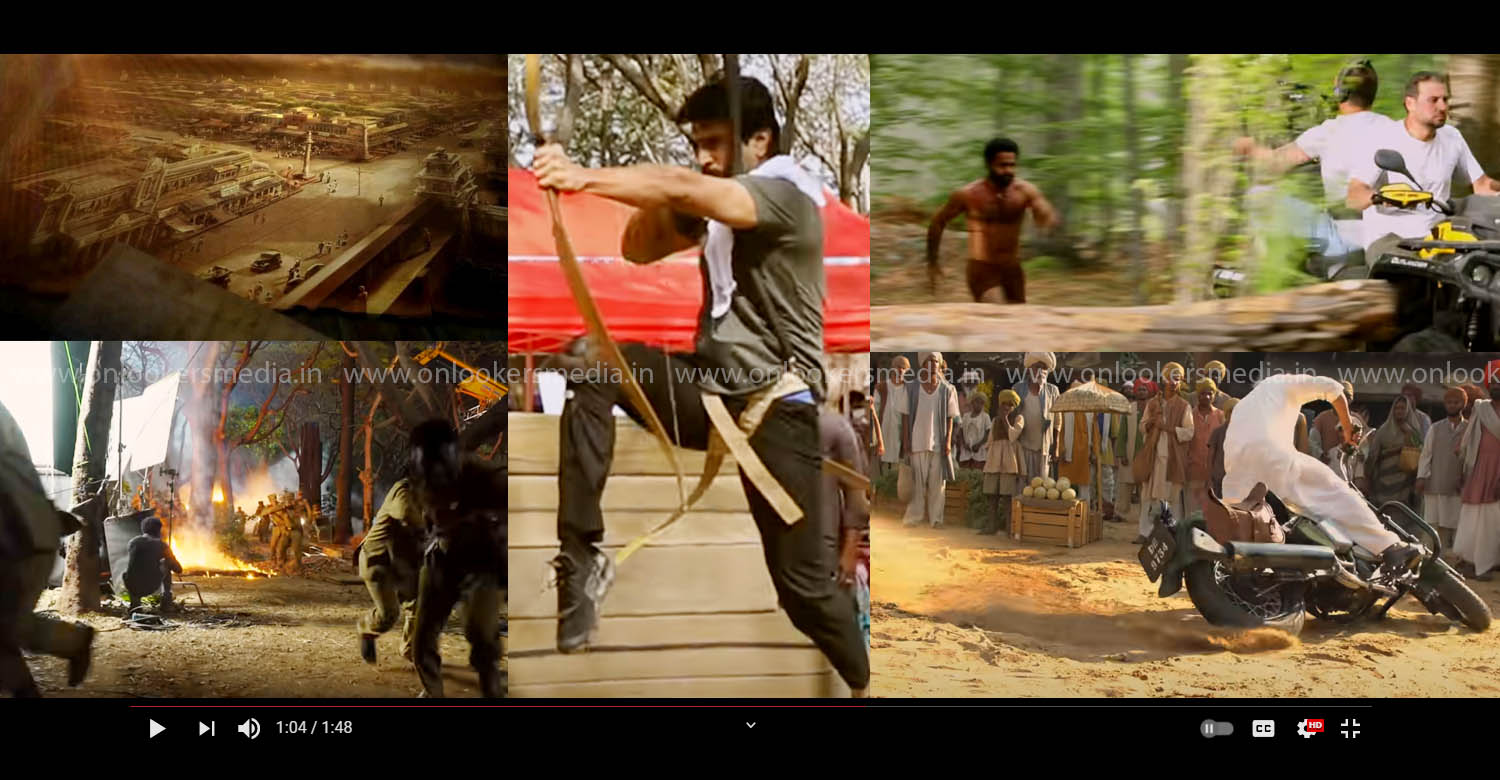 The making video of SS Rajamouli directorial ‘RRR’ got released online on July 15. In just 4 days of its release, the teaser has got close to 10 million views. The 1.48 minute long video captures the massive efforts that has gone behind the making of this mega project. We are shown glimpses of the huge sets that have been erected and the tough terrains on which they have shot the film. Like most other Rajamouli films, hundreds of junior artists are seen in various sequences and it must have been quite a challenge to shoot such portions during this pandemic period.

Seeing the stellar response for the making video, Rajamouli has thanked everyone through his social media handle. He revealed he had very little to do with the making video as he was busy with the shoot and post-production works.
According to him, the real credits should go to his son SS Karthikeya, editor Vamsi Atluri and digital marketing executive Pradeep for their two months of hardwork. The director also praised the works of musician Achu Rajamani, rapper BlaaZe and lyricist Aditya Iyengar.

Thank you all for the wonderful reception for the Making Video of #RRRMovie.. It is almost like as if we released the trailer itself..

Lot of appreciation for me but actually I was occupied with shooting and post production.
2 months of hard work was put in by @ssk1122 and @vamsi2087 @trulypradeep of @WallsAndTrends. The accolades belong to them.

Thank you @achurajamani, @rblaaze, @rockstaradityaz for the captivating music, rap and lines respectively..
@SrinivasGMovie for all the innovative angles to capture the making footage.

‘RRR’ has Ram Charan and Jr NTR as the leads. The film is about two freedom fighters, Alluri Sita Ramaraju and Komaram Bheem who fought against the British Raj and the Nizam of Hyderabad, respectively. Alia Bhatt, Ajay Devgn, Shriya Saran, Olivia Morris, Ray Stevenson, Alison Doody, Samuthirakani and many others are part of the cast. The makers have announced October 13, 2021 as the theatrical release date.