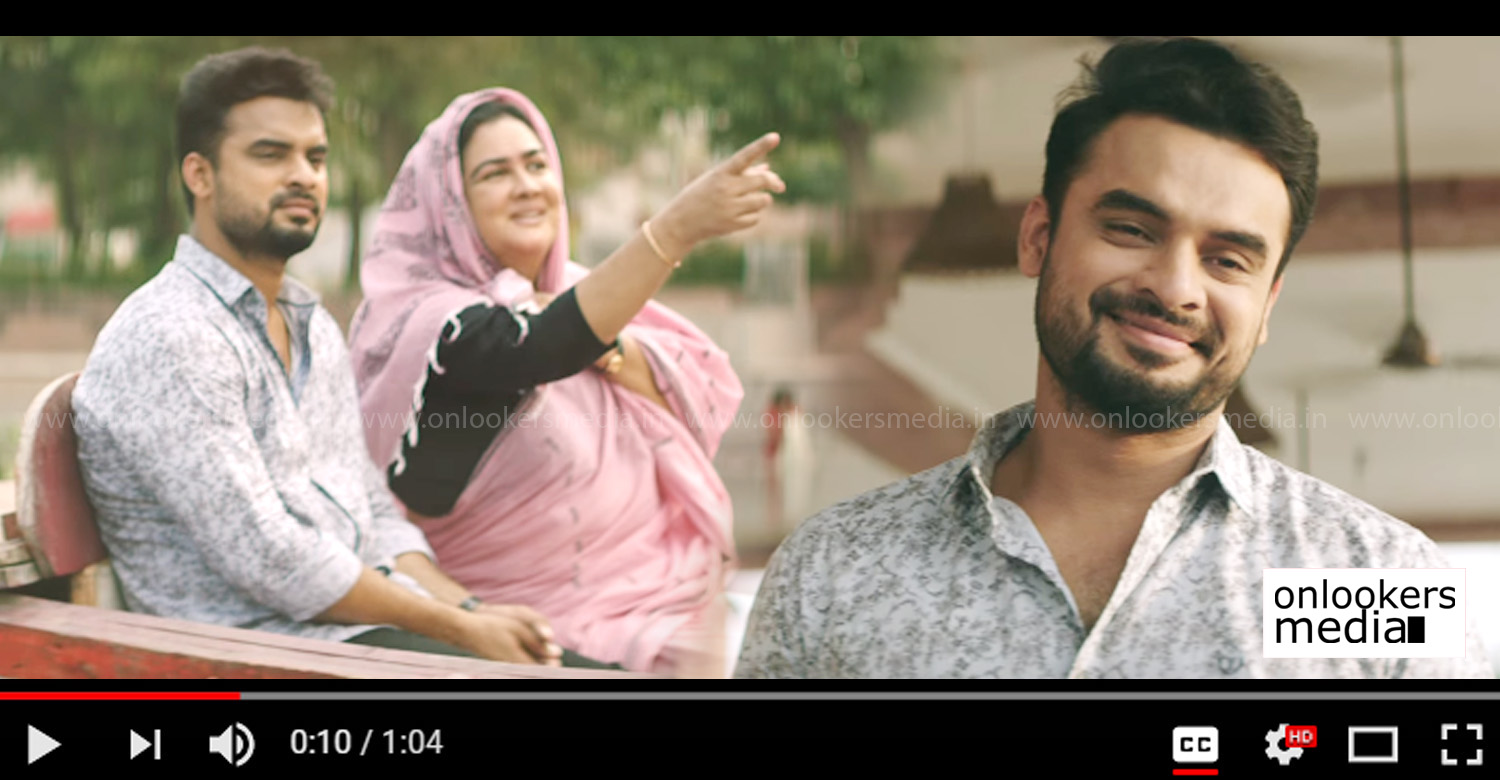 Tovino’s Christmas release ‘Ente Ummante Peru’ continues to do well with largely positive reviews from the critics. The movie directed by debutant Jose Sebastian follows the journey of Tovino’s character Hameed in search of his mother. The makers have now released a new video song in social medias. The song titled ‘Sanjaaramaay’ is a travel song set around the iconic locations of Lucknow. Najim Harshad has rendered the track with backing vocals by Mohammed Maqbool Mansoor and Midhun Anand. Gopi Sunder has composed the song and BK Harinarayanan has penned the lyrics.

‘Ente Ummante Peru’ has veteran actress Urvasi playing the lead along with Tovino. Critics have rated it as feel-good film that family audiences can enjoy this holiday season. As the title suggests, the movie traces a beautiful relationship between a mother and son. Urvashi-Tovino chemistry is the movie’s USP.

As the word of mouth is positive in social medias, the movie is certain to attract more audiences to theatres in the coming days.