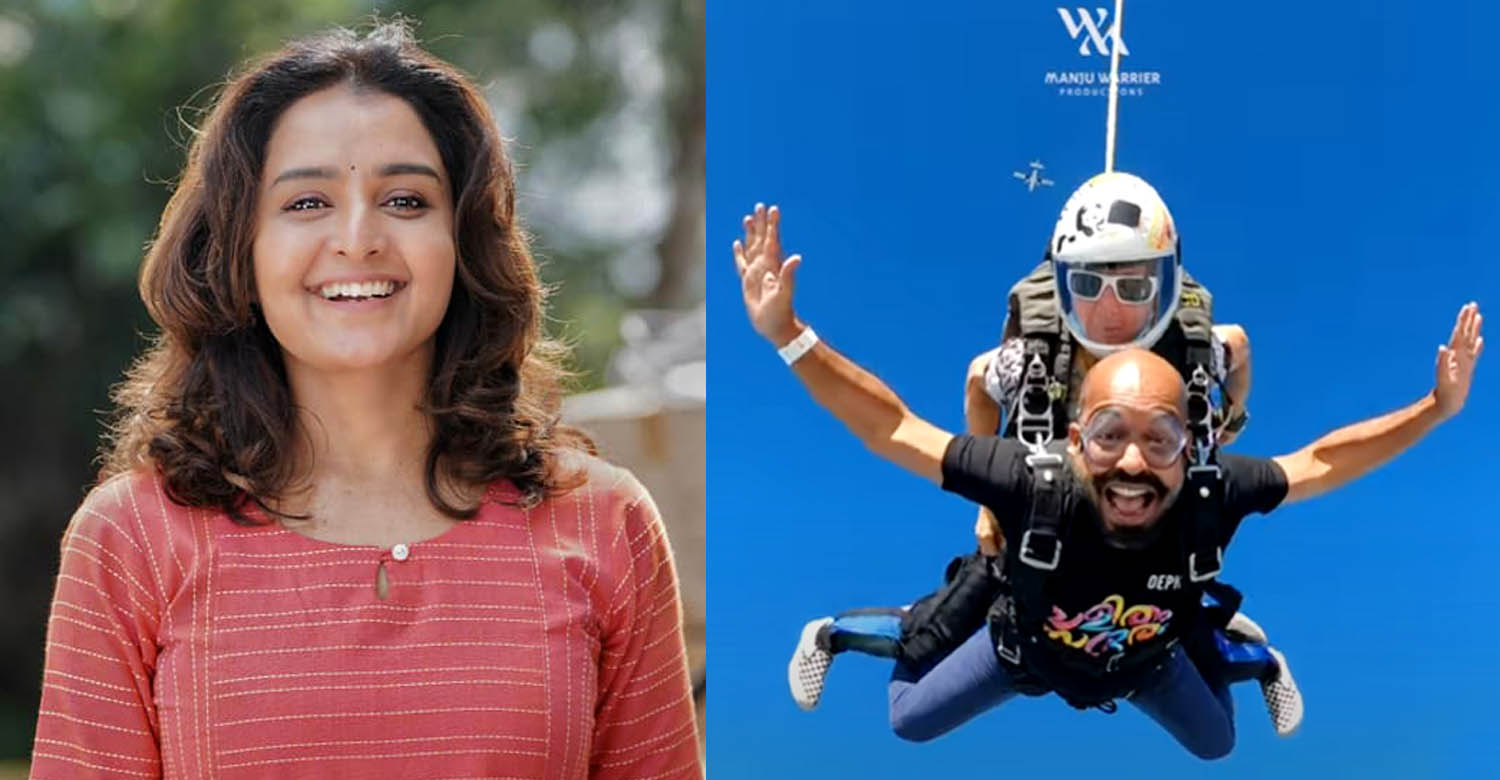 We had recently reported about the Manju Warrier-Biju Menon starrer ‘Lalitham Sundaram’ getting a direct OTT release. Disney + Hotstar has bagged the streaming rights and the film is set to premiere this month. Manju Warrier’s brother Madhu Wariar is making his directorial with this film.

Madhu’s former classmate Rajiv Raghavan has come up with a sky diving video as part of promotions for ‘Lalitham Sundaram’ ahead of its release. Rajiv, based in Dubai, is the Operations Manager of James Legacy School. In a short video that captures his adventurous jump, Rajiv is seen dedicating his jump to Madhu Wariar and the whole team of ‘Lalitham Sundaram’.

Madhu has shared the video in his social media handle and has written,

How far would you go for friendship? For my best friend/brother, Rajiv Raghavan ,
Sky is the limit. I couldn’t control my emotions when you sent me this video.Thank you so much for this wonderful gesture. This means a lot to our whole team.