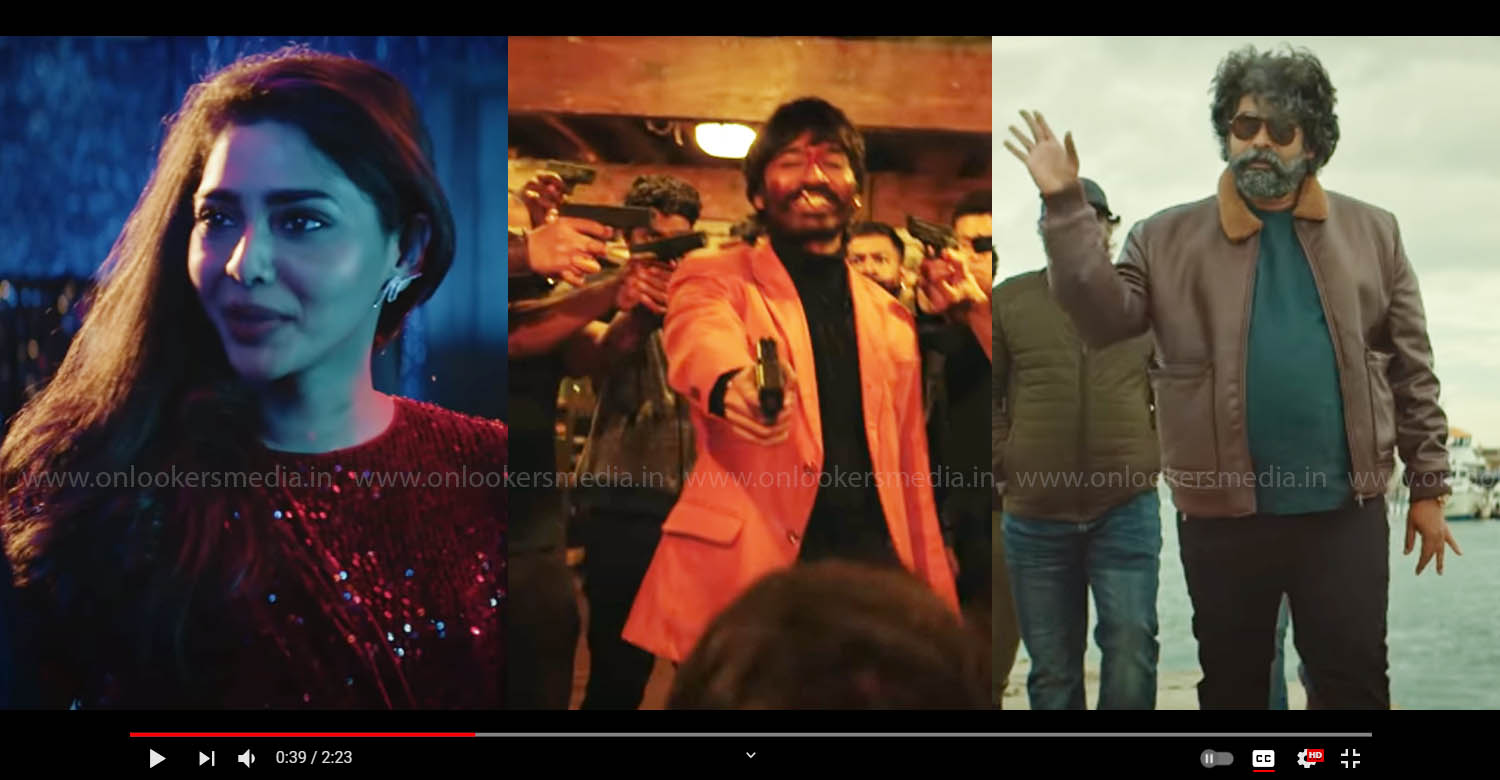 As announced earlier, the makers of ‘Jagame Thandhiram’ have release online exactly at 10 in the morning. The trailer is an out and out Dhanush show. He plays a character named Suruli, a small-time thug based in Madurai who later becomes a gangster in London. The star’s energy levels and impeccable timing seem to be the film’s biggest highlights.

From the trailer, we can make out that Aishwarya Lekshmi plays a Sri Lankan Tamil. Hollywood actor James Cosmo, who has starred in films like ‘Braveheart’, ‘Troy’ and the popular TV series ‘Game of Thrones’, is essaying a major role as a crime lord. Joju George, who is making his Tamil debut, also seems to be playing a gangster in the film.

‘Jagame Thandhiram’ is written and directed by Karthik Subbaraj. The core technical team includes music director Santhosh Narayanan, cinematographer Shreyas Krishna and editor Vivek Harsha. S Sashikanth of Y Not Studios is producing the film, which is scheduled for a direct Netflix release on June 18.