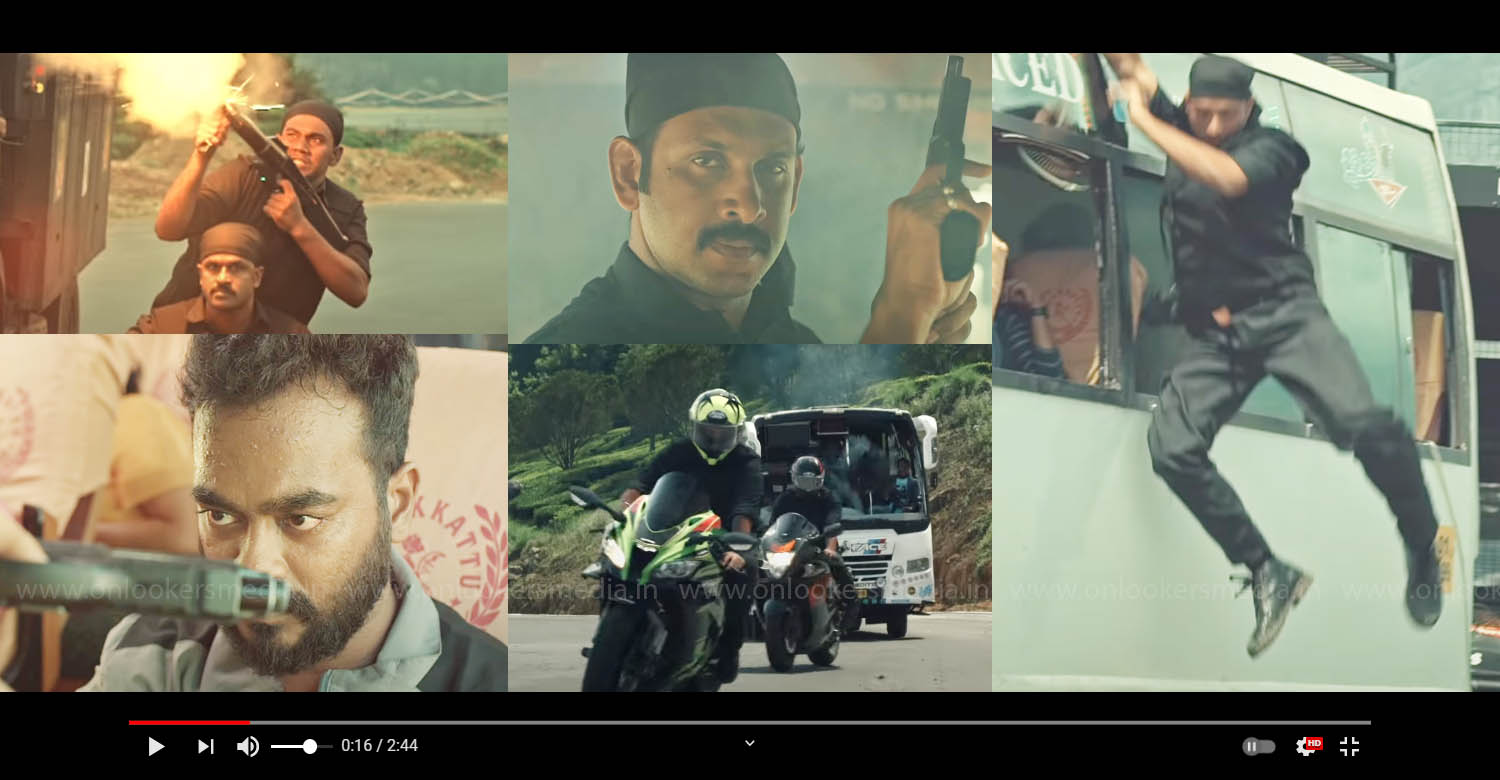 Vinod Guruvayoor, who has previously directed ‘ Sakala Kalasala’ and ‘Shikamani’, is helming ‘Mission C’. He has also scripted the Prithviraj starrer ‘Hero’. From the trailer, his new film looks like a race-against-time thriller. It is presumed that the story is about a tourist bus getting hijacked and the police force’s efforts to rescue the passengers with the help of commandos.

Theythaka: Check out this fun song from Kudukku 2025
Watch: It’s a complete Dhanush show in Jagame Thandhiram trailer!
To Top