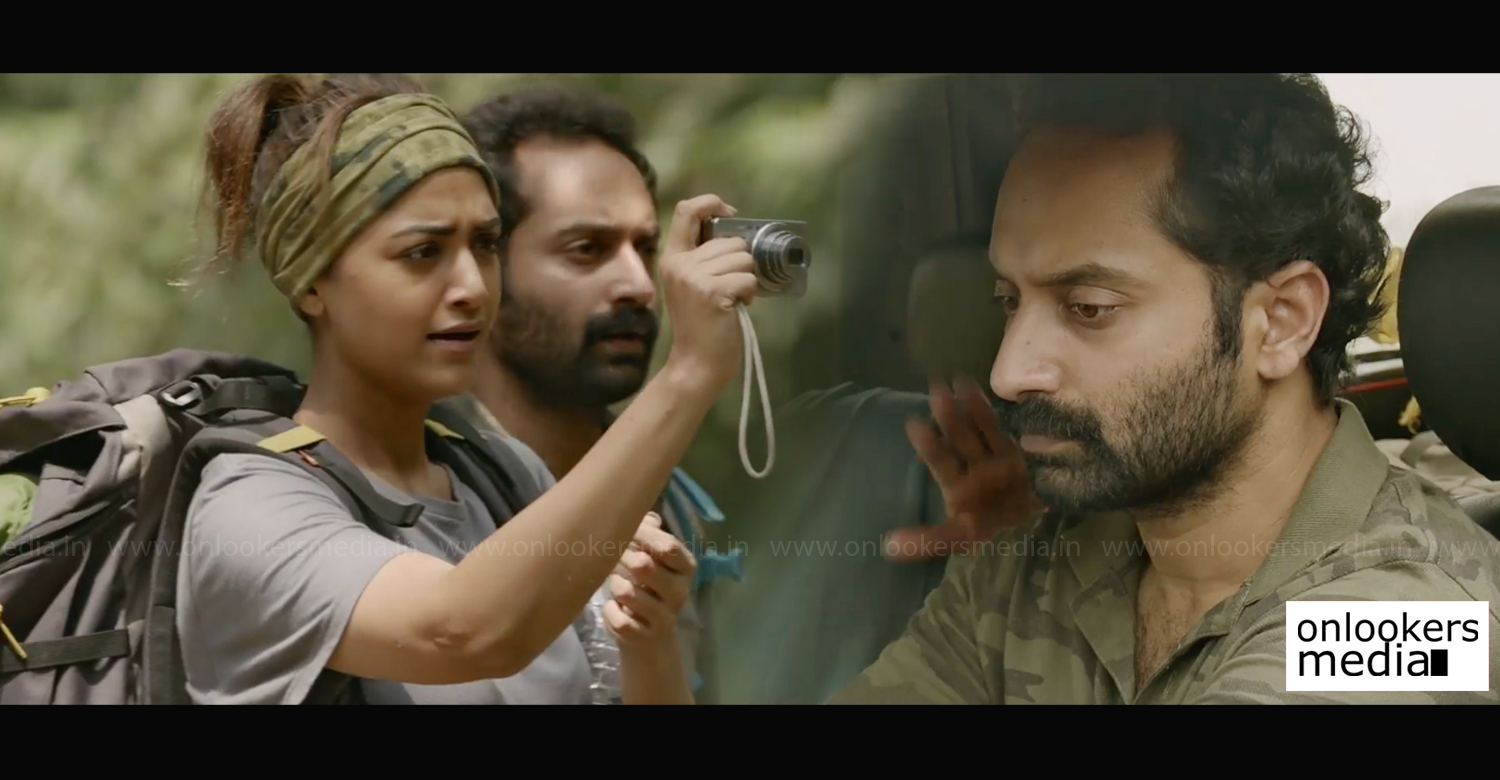 Fahadh Faasil’s latest release, Carbon continues to garner good response from the audience. The movie has successfully entered its second week of theatrical run in a good number of screens across the state. It is also being screened in all major ROI centres like Bangalore, Chennai, Coimbatore, Hyderabad, Vijayawada, Ahmedabad, Pune, Lucknow, Goa etc.

Scripted and directed by Venu, Carbon is a mystery-adventure thriller set in the backdrop of forests. The makers have released a new video song through their Facebook page. The delightful song ‘Kaattin Sarangi’ is composed by Vishal Bhardwaj and rendered to perfection by Benny Dayal.

Carbon is basically the survival story of Sibi Sebastian, an ambitious young man played to the T by Fahadh. The song visuals show the lead characters’ adventurous journey through the forests. Technically, the movie is a rich film with some quality visuals and intriguing music. The movie has its cinematography by KU Mohanan and music by Vishal Bhardwaj. Bijibal has done the background score and Been Paul has handled the edits.

Watch the trailer of Unni Mukundan-Gokul Suresh starrer Ira!
Check out this new song from Aadhi penned and rendered by Pranav Mohanlal!
To Top