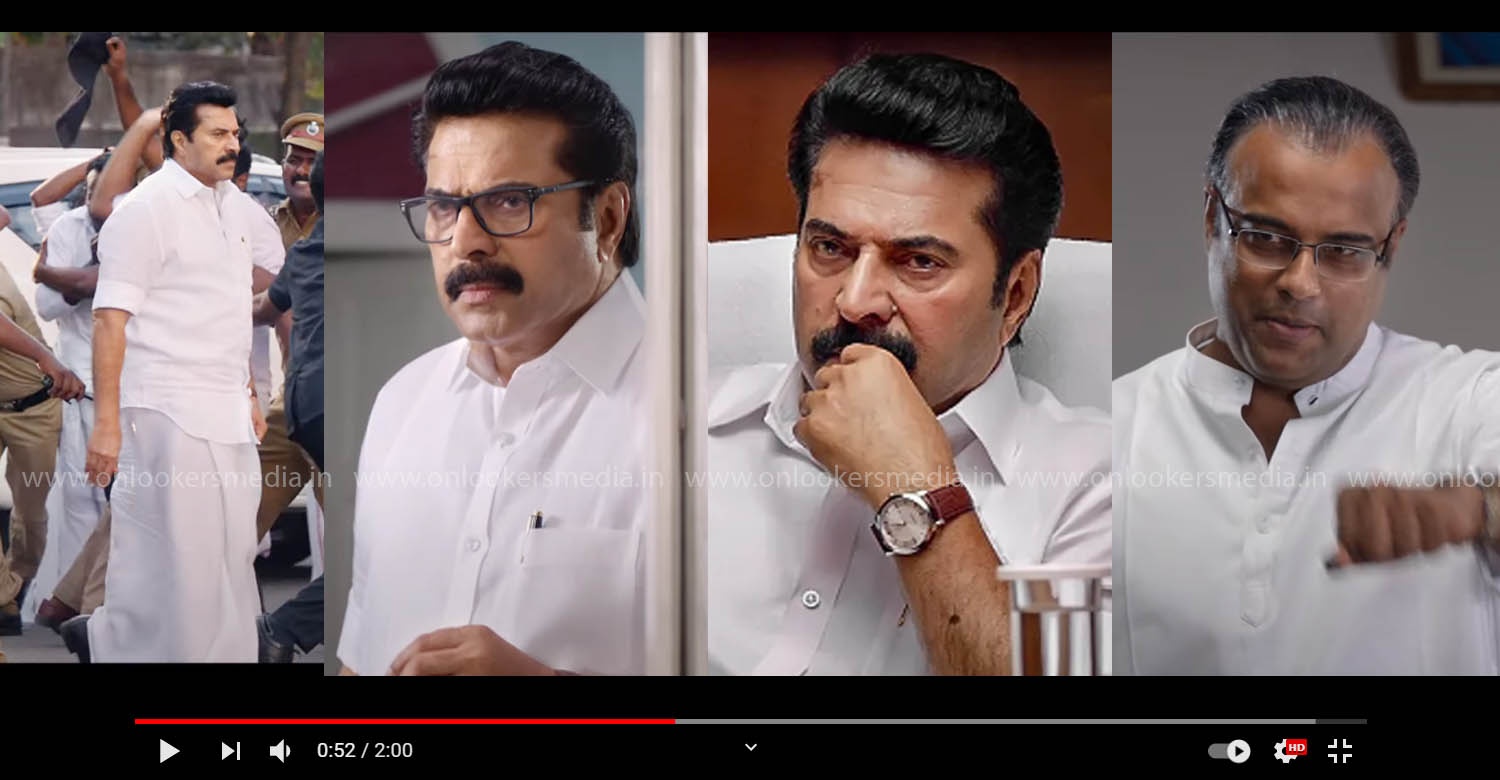 Watch: One trailer is highly impressive

As informed earlier, the trailer of Mammootty’s new film ‘One’ has been released online. Scripted by Bobby-Sanjay and directed by Santhosh Viswanath, it is a political film with a huge star cast. Mammootty plays the lead role of Kerala Chief Minister Kadakkal Chandran in it.

The makers have often repeated that the film is not based on any real life person but about how an ideal Chief Minister of a State should function. From the trailer, we get to see that CM Kadakkal Chandran is a honest person, who stands for what is right despite stiff opposition from the opposition and within his own party.

Vaidy Somasundaram is the cinematographer and music department is handled by Gopi Sunder. Sreelakshmi R is producing the film under the banner of Ichais Productions and it will be released by Central Pictures

Watch: Pragathi band comes up with a reprise version of Kaadirangi song from CID Moosa
Watch the action-packed teaser of Farhan Akhtar’s Toofan here!
To Top