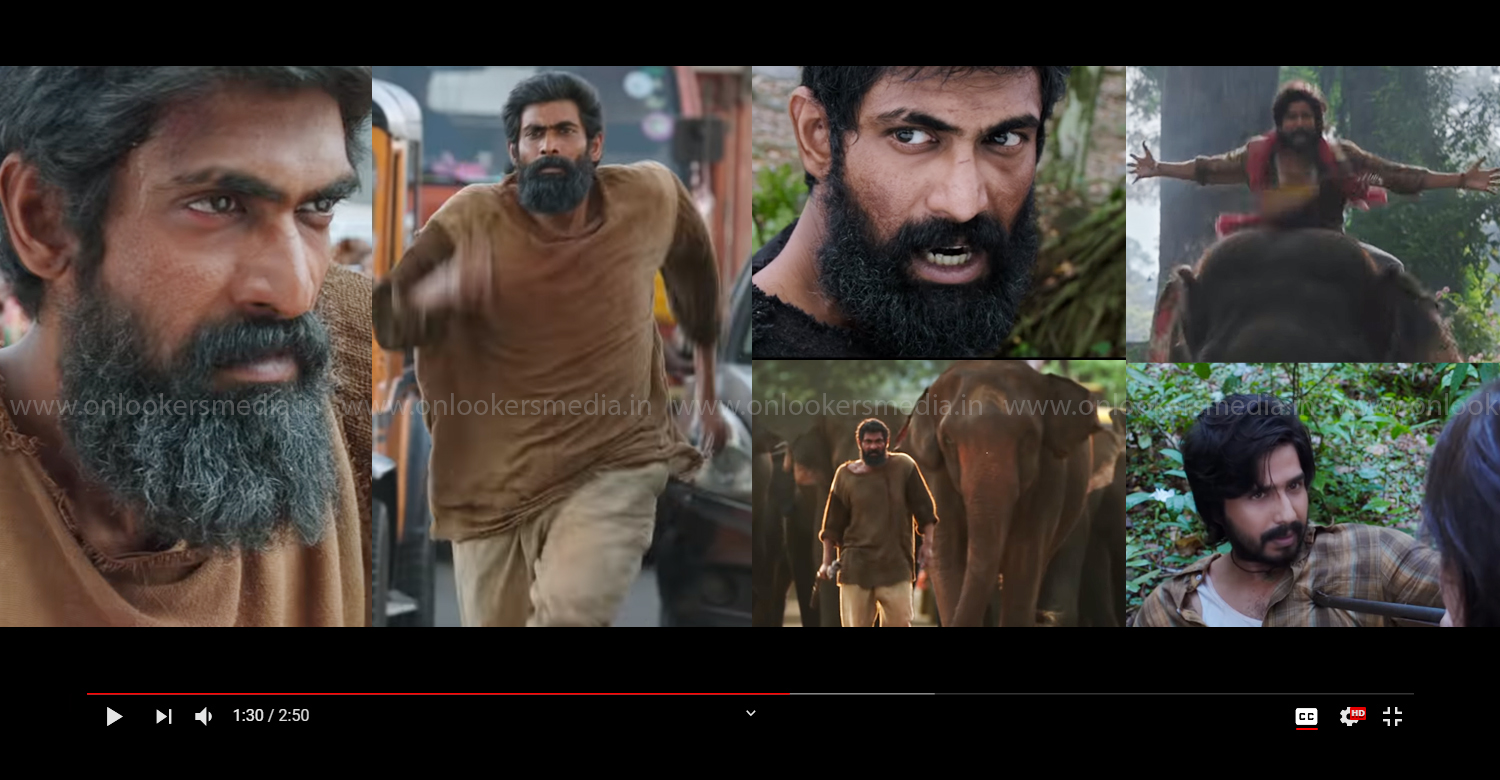 Director Prabhu Solomon has been working on his ambitious film ‘Kaadan’ for a long time now. The film is actually a multilingual that is simultaneously shot in Hindi, Telugu, and Tamil with different cast across languages. ‘Baahubali’ star Rana Daggubati plays the lead role. Vishnu Vishal is there in the Tamil and Telugu version while. In the Hindi version, which is titled as ‘Haathi Mere Saathi’, has Pulkit Samrat essaying Vishnu’s role. The Telugu version is titled aa ‘Aranya’. Shriya Pilgaonkar and Zoya Hussain are also part of the cast.

Prabhu Solomon is noted for helming films like ‘Mynaa’, ‘Kumki’ and ‘Kayal’. Like ‘Komban’, this one is also an adventure story in the forests. The conflict arises when a corporate giant threatens to destroy the jungle and the eco-system of elephants. From the teaser, the film looks quite impressive.

Shantanu Moitra is the music director and cinematography is by AR Ashok Kumar. Bhuvan Srinivasan is handling the edits. The multilingual is scheduled for simultaneous release on April 2.