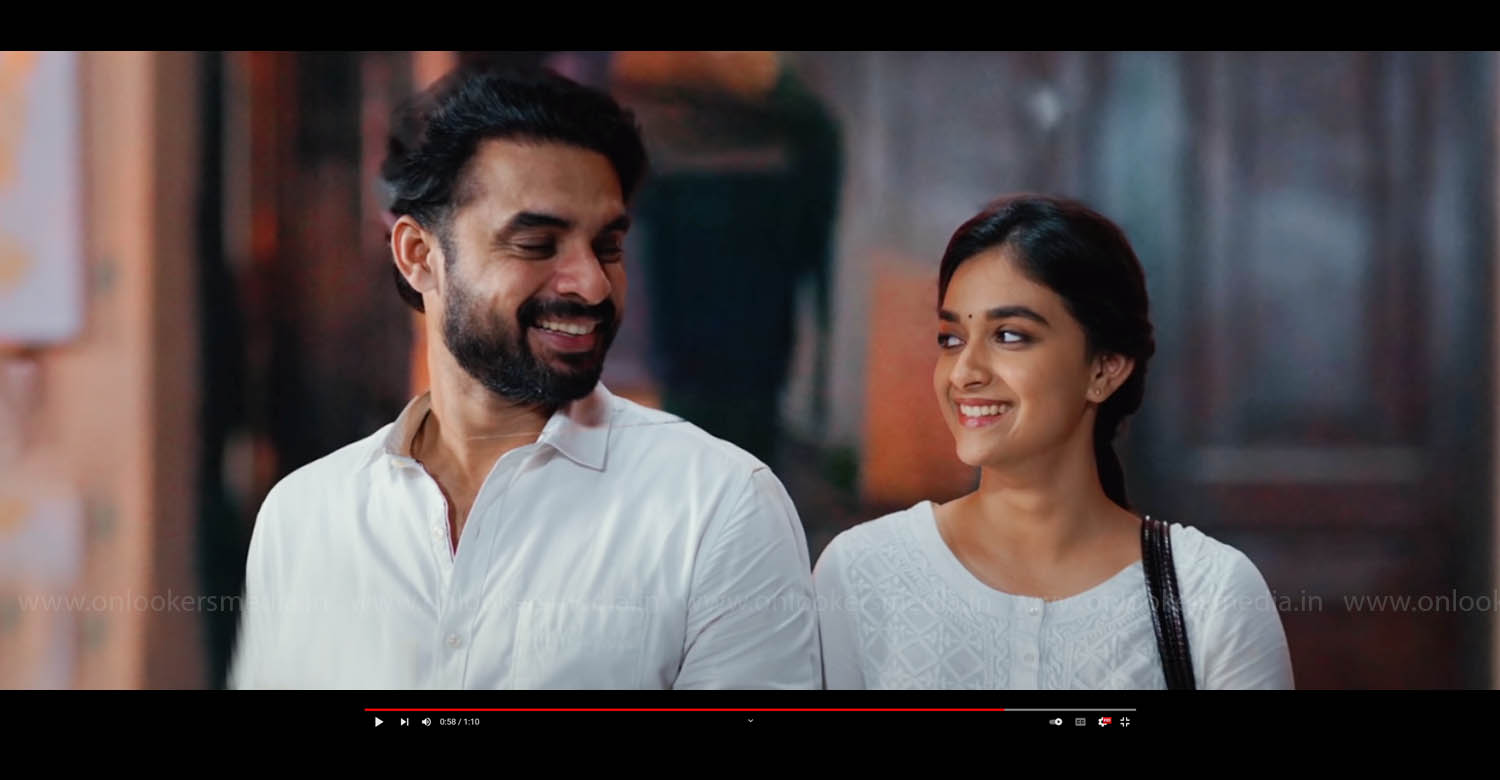 We had recently reported about the Tovino-Keerthy Suresh starrer ‘Vaashi’ finalising its release date as June 17. The makers have now begun the promotion works. As a first, they have released a song titled ‘Yaathonnum Parayathe’. Penned by Vinayak Sasikumar, the song is sung by Sithara Krishnakumar and Abhijith Anilkumar. Kailas Menon has composed the track.

‘Vaashi’ has its story penned by Janiz Chacko Simon and screenplay by director Vishnu. Neil Dcunha is the DOP. Kailas Menon is composing the songs and the duo of Neha Nair and Yakzan Gary Pereira handle the background score. Arjun Benn is editing the film. Filmmaker Mahesh Narayanan is serving as the creative supervisor.

Keerthy Suresh’s father Suresh Kumar, a veteran in Malayalam industry, is producing the film. Her mother Menaka Suresh and sister Revathy Suresh are the co-producers. Urvashi Theatres and Ramya Movies will be releasing the film.