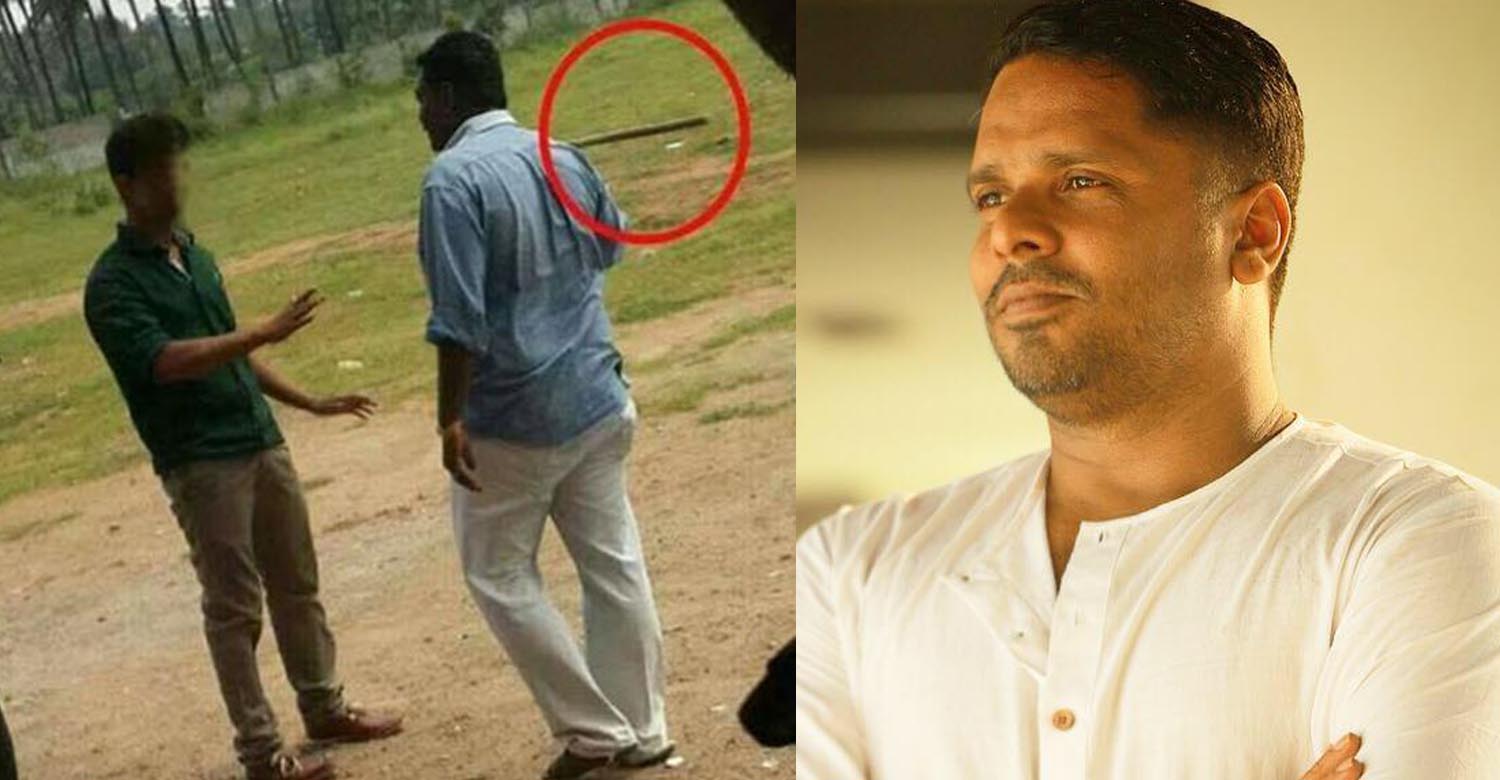 Social media is abuzz with posts against Nehru College Pampady where an engineering student Jishnu Pranoy recently committed suicide by hanging himself in his hostel room. The hashtag Justice for Jishnu Pranoy is trending virally with many students and alumni students posting about the various atrocities by the college authorities.

Popular filmmaker Aashiq Abu, also a very active social media user who regularly voices about social menaces, recently updated a screenshot of a photo sent to him by a student from the college. A staff is seen beating a student with a stick in this photo. Students claim that the staff in the picture called as Vattoli, is like a thug who often beats the students. Gross allegations are coming up against the college in various social media forums. Students allege that the faculty members lock up students in hostel rooms and even beat them regularly. Aashiq Abu has called for severe actions against the college authorities. He has asked the students to stand up and raise their voice against such atrocities. History has shown that the world will change whenever students have raised their voices.

Netizens have been criticising the medias for not mentioning the name of the college in any reports. Even while reporting about the incident in news channels, they have not mentioned the college’s name. Memes and trolls have been viral with the college’s name and have asked the government for strict actions against the college authorities. Nehru College in a Pampady do not encourage any kind of student politics. Many people believe that the absence of student politics in the campus is one of the major reasons for such incidents.