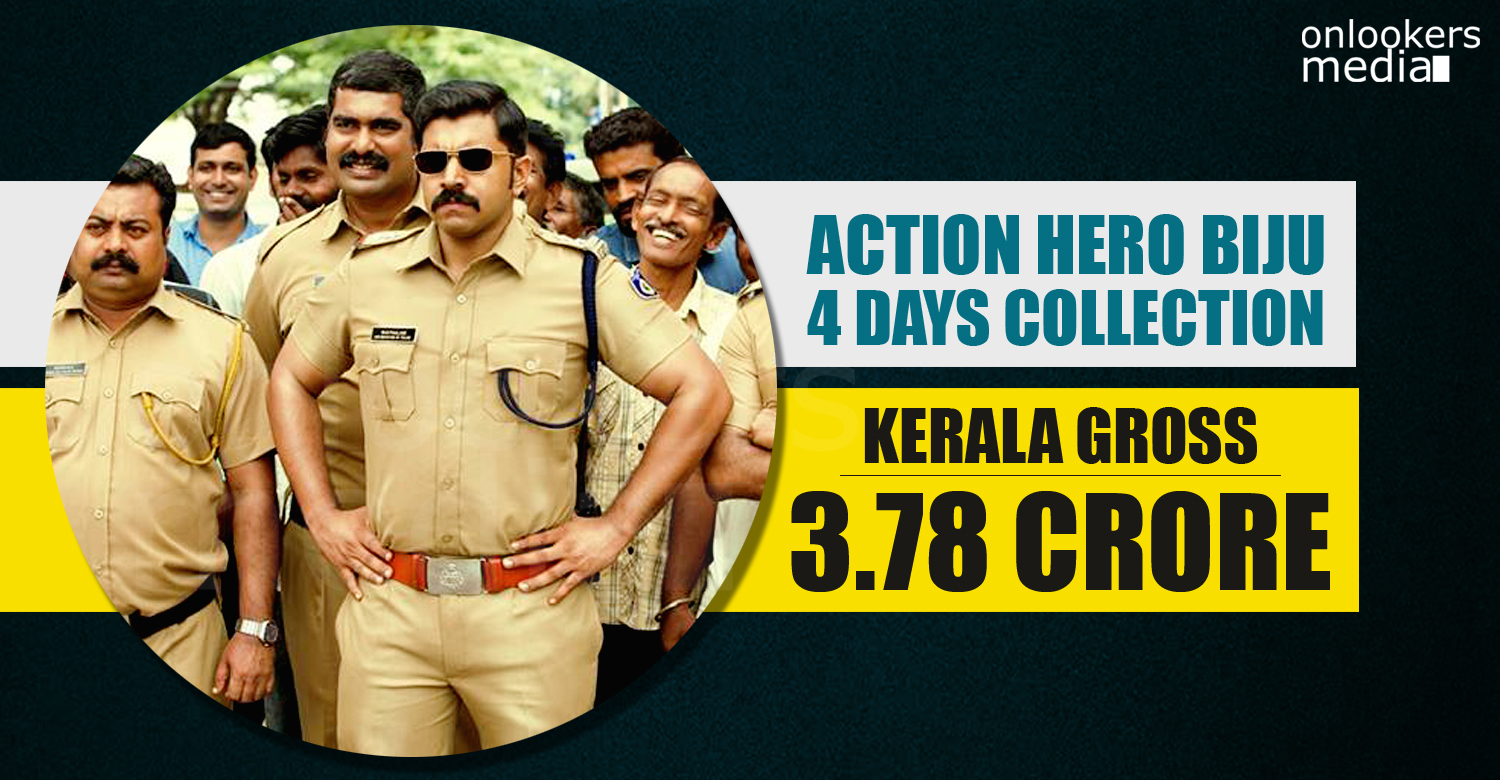 Action Hero Biju directed by Abrid Shine and starred by Nivin Pauly had released on last Thursday and had amassed good critical reception. The film had opened to mixed reviews from the audience but everyone is unanimous in one point that it is one of the most realistic cop stories that they ever saw on silver screen.

The film expected to make a big opening as it had released in 131 screens all over Kerala. There was a buzz that it will break Mohanlal’s Loham first day record as well. But the mixed reviews and show cancelation due to some technical errors at many centers made it only gross around 1.59 crore from its first day. As per the latest report, the film had grossed just 3.78 crore from its 4 days of run at Kerala.

After the first day in which the film had grossed 1.59 crore, from the remaining 3 days it had amassed 2.19 crore. That means the film had grossed around 72 lakhs average in the next two days. It is not big but a decent business for a realistic film which has no mass masala elements in it and for the one which got mixed response.

As per report it had got great reception from Chennai and the rest of India collection can make a big difference as well, specially, when the situation is there that Nivin Pauly had developed a good fan base at Tamil Nadu after Premam.