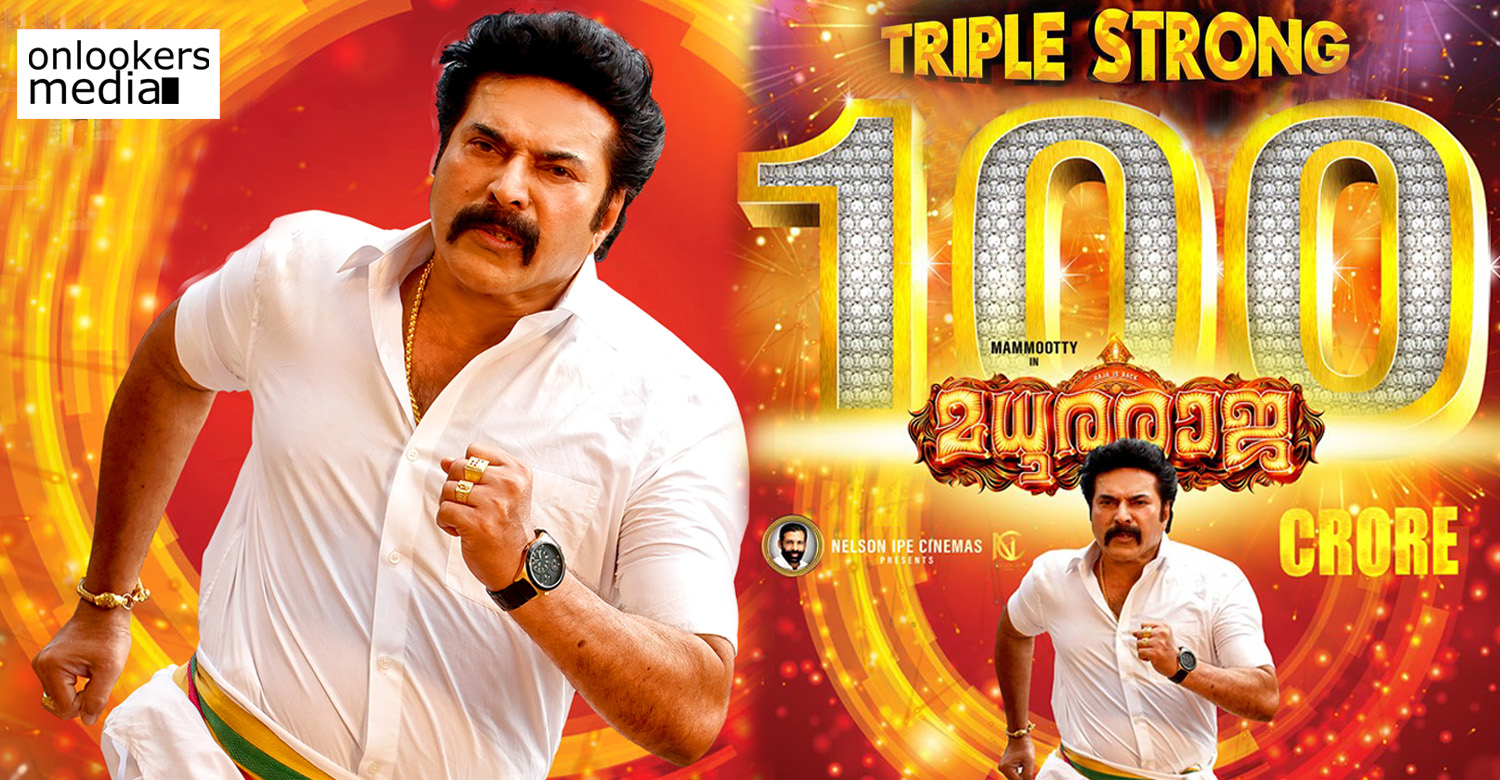 Madhura Raja does a worldwide business of Rs 104 crore in 45 days!

Mammootty starrer ‘Madhura Raja’ was released during the Vishu season amidst huge expectations. Prior to its release, trade analysts and industry insiders had pinned high hopes on the movie and as expected, the movie has turned out to be a huge blockbuster. As the movie is fast approaching its 50th day of theatrical run, the makers have officially announced the much-awaited big news. ‘Madhura Raja’ has done a worldwide business of Rs 104 crore in 45 days.

This is quite a big achievement considering the fact that the movie had to face competition from several films, including the other 100 crore grosser ‘Lucifer’. Despite a slew of other releases, ‘Madhura Raja’ is still running in a few centres in Kerala. It is already the highest grosser in Mammootty’s three-decade long career.

‘Madhura Raja’ is the spiritual successor to the 2009 superhit film ‘Pokkiriraja’. It is directed by Vysakh and scripted by Udhayakrishna. Along with Mammootty, the movie also stars Anusree, Jai, Mahima Nambiar, Anna Reshma, Shamna Kasim and Jagapathi Babu in crucial roles. Nelson Ipe has produced the movie.