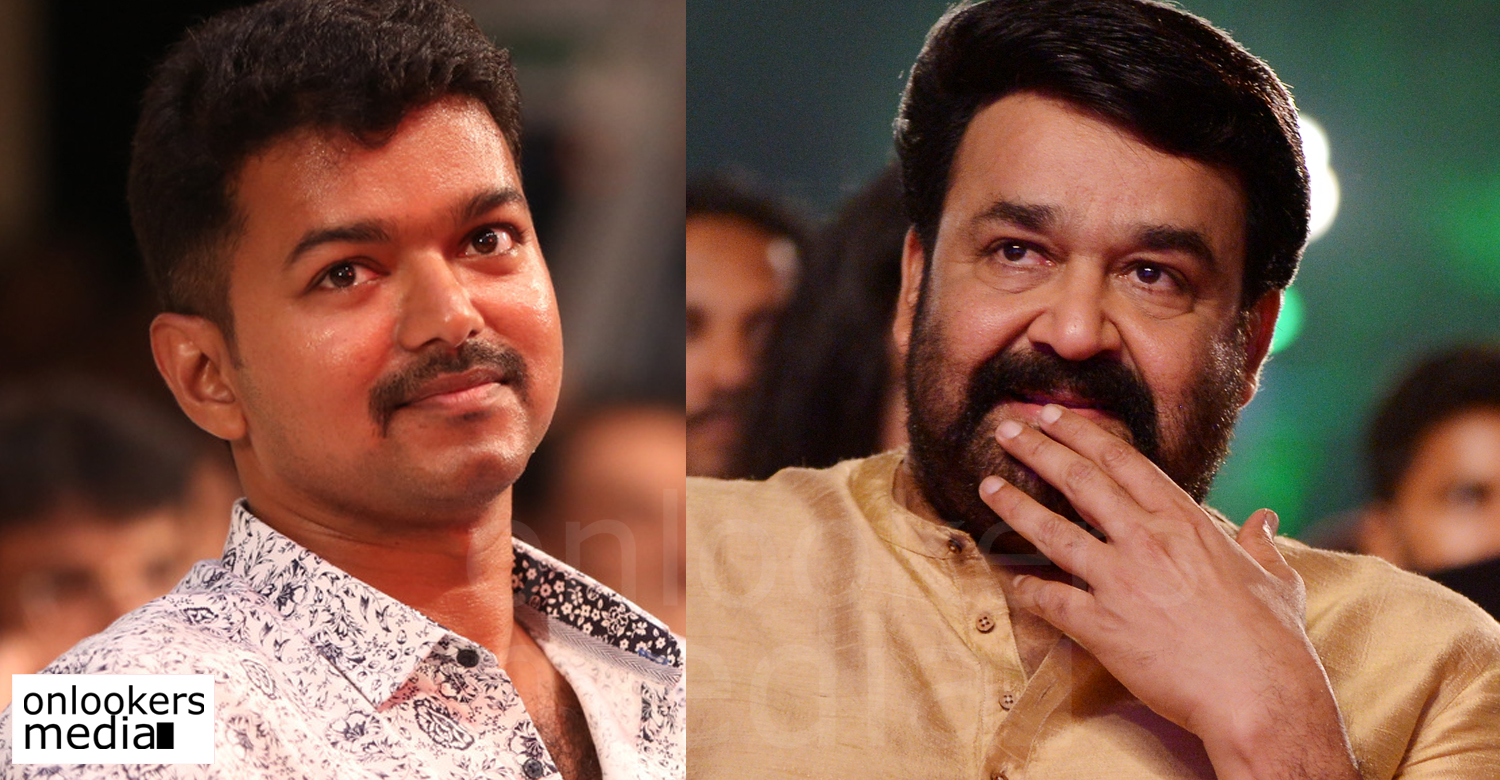 Mohanlal to take up the distribution of Vijay 60 in Kerala ?

Aashirvad Cinemas owned by Mohanlal and Antony Perumbavoor is now one of the most successful and influential production company in Kerala and when it comes to the distribution, Maxlab owned by Mohanlal is the strongest here in Mollywood. This Kabali release is the proof of that. Now, some rumors doing its round in Social Media that Aashirvad Cinemas had showed interest in taking up the Kerala distribution of Ilaya Thalapathy Vijay’s next film.

The film directed by Bharathan, which is tentatively titled as Vijay 60 is now in its filming stage and the film will only hit the screens in next year Pongal season. Keerthy Suresh is playing the female lead in this movie. Some reports says that the great bond between Vijay and Mohanlal is the reason behind Aashirvad Cinemas’s interest in this upcoming Vijay film and some says that it is also because of Mohanlal’s great friendship with Suresh Kumar. Suresh Kumar’s daughter Keerthy Suresh is playing the female lead in it and it is the biggest film of her career till now. So Mohanlal want to provide a great release for the movie of his daughter like Keerthy Suresh.

All this are just rumors and there is no confirmation regarding this news. But if it is true, then it will be a celebration time of both Mohanlal and Vijay fans here in Kerala.

Vijay and Vikram to share screen space in next Shankar film ?
Suriya and Vijay opted out, now Jayam Ravi to play the lead in Sundar C project !
To Top