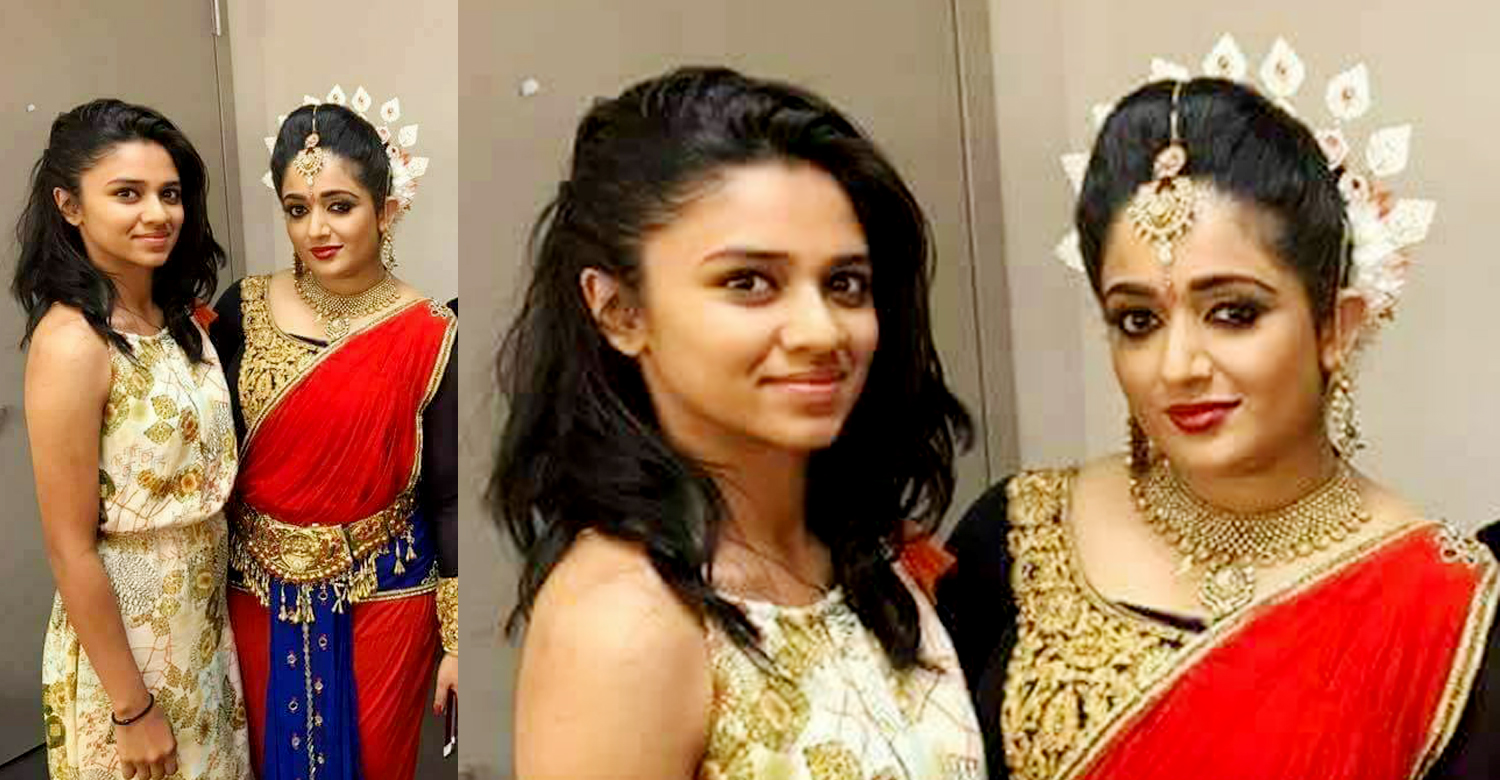 Over the last two years, actor Dileep’s personal life grabbed more attention than his movies. His divorce with his first wife and actress Manju Warrier, his second marriage with actress Kavya Madhavan and an alleged fall out between his daughter and Kavya were all widely reported by the medias.

After his second marriage, several online medias reported about a turbulent relation between Kavya and his daughter Meenakshi. But Dileep has repeatedly dismissed all that as baseless. It seems like there are no such issues in his family and it’s all colourful.

Dileep and his family was in the US recently for a stage show. Photos from their US trip were trending in social medias. A new photo of Meenakshi and Kavya has been doing the rounds in social medias. The actress is seen wearing heavy accessories and makeup probably for a dance programme. From the photo itself, we can easily make out that there are no issues between the two and they seem to be enjoying each other’s company.

Earlier, Dileep had alleged about a conspiracy against him. He had accused several medias for publishing fake news about him. The actor has several times gone on record that he married Kavya as he felt the need of a friendly mother for his teenage daughter to share her problems. Looks like he was right with his decision. It’s high time people stop poking their noses into the personal lives of celebrities.

On the work front, Dileep’s political thriller Ramaleela is gearing up for release. He is playing an MLA in the movie directed by debutant Arun Gopy. It is produced by Tomichan Mulakupadam, his next after the historic success of Pulimurugan.