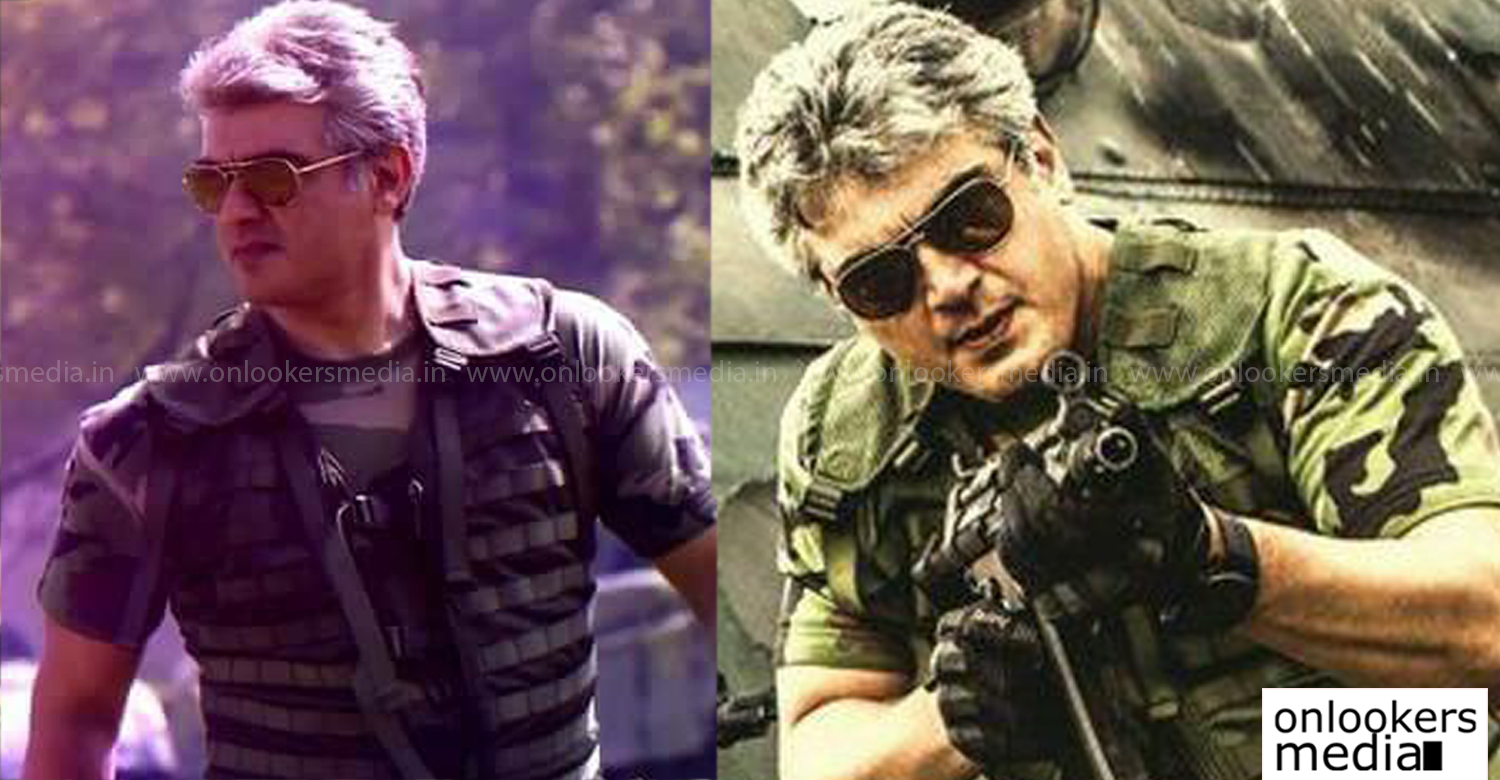 Thala Ajith starrer Vivegam is releasing this 24th amidst humongous expecations. It is Ajith’s first release in two years and his fans are eagerly waiting for the movie. Tomichan Mulakupadam’s Mulakupadam Films had bagged the distribution rights of Vivegam for a whopping price.

They are planning to release the movie in over 300 centres all over Kerala. If reports are to be believed, Vivegam will have over 1000 shows in the state on the opening day. Only Baahuabli 2: The Conclusion (1370) and Kabali (1138) has had over 1000 shows in a single day in Kerala. Early morning shows are being organized for the fans in several theatres across Kerala. Eventhough Vijay and Surya are currently having bigger market than Ajith in Kerala, his popularity has extended immensely over the last few years. It is almost certain that Vivegam will emerge the biggest opener for an Ajith film in Kerala.

Vivegam is a spy thriller directed by Siruthai Siva, his third successive film with Ajith after Veeram and Vedhalam. Ajith is tipped to be playing the role of a foreign agent in the movie. He has undergone a terrific make over for the movie by shedding down a lot of extra pounds. Kajal Agarwal is playing the female lead while Bollywood actor Vivek Oberoi and Kamal Haasan’s younger daughter Akshara Haasan will be seen in prominent roles. This big budget movie is produced by Satya Jyothi Films.

Aana Alaralodalaral: Here’s the title poster of Vineeth Sreenivasan’s next
The cast of Prabhas’ Saaho just gets bigger and better
To Top