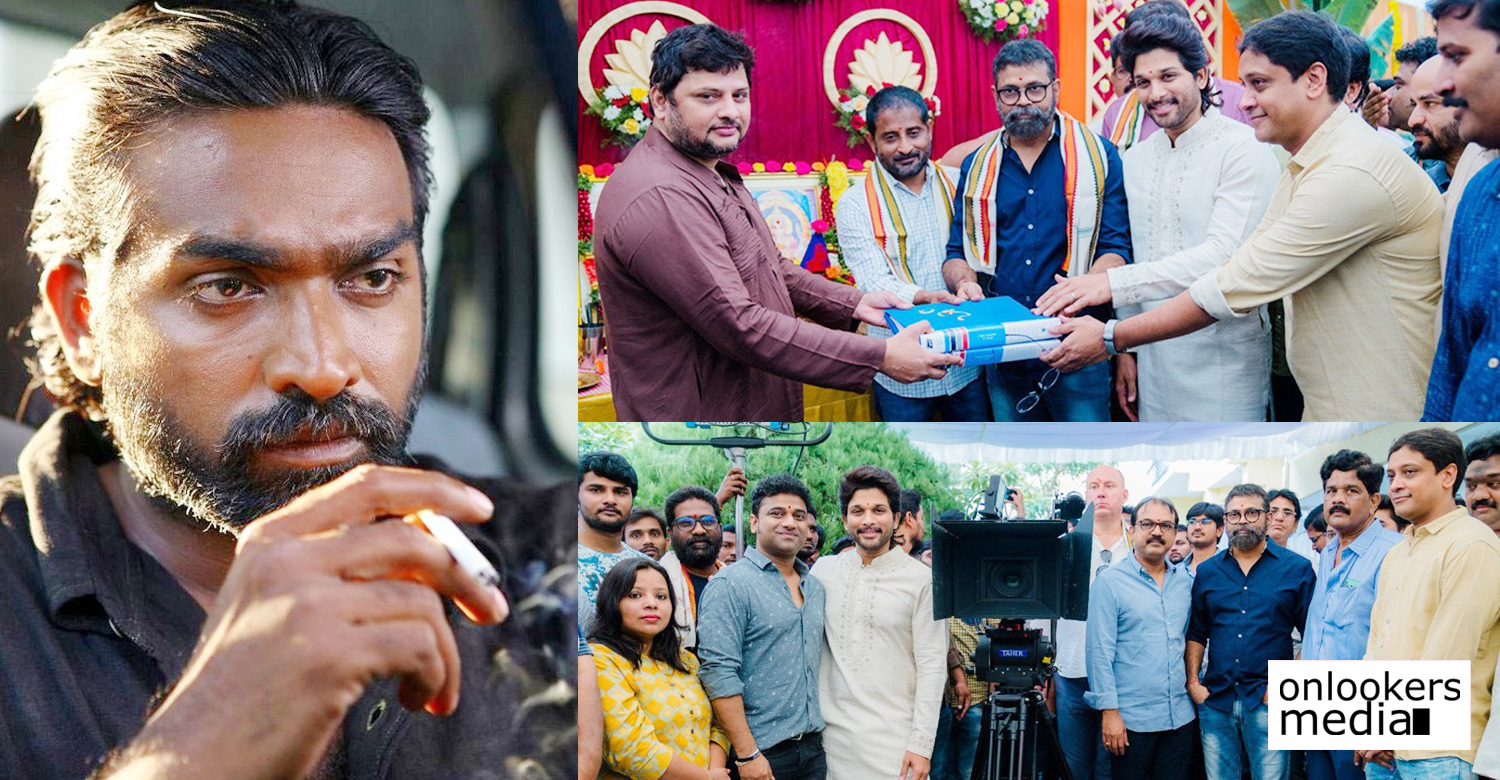 Allu Arjun’s next launched; Vijay Sethupathi to play the villain

Allu Arjun’s new film, tentatively titled as ‘AA 20’, got launched today with a customary pooja ceremony. Hit maker Sukumar is directing the film and Mythri Movie Makers is producing it. South Indian sensation Rashmika Mandanna has been signed as the female lead. Interestingly, the makers have roped in Tamil star Vijay Sethupathi to play the antagonist.

‘AA 20’ will be Vijay Sethupathi’s third outing in Telugu cinema. He debuted in Tollywood recently with the Chiranjeevi starrer ‘Sye Raa Narasimha Reddy’. He is also playing the villain role in Vaisshnav Tej’s upcoming love story ‘Uppena’. In his home turf Tamil, Vijay Sethupathi will once again be seen in negative role in ‘Thalapathy 64’.

‘AA 20’ is said to be an action entertainer, which marks the third time collaboration of Allu Arjun with Sukumar. The director is known for helming blockbuster films like ‘Arya’, ‘Arya 2’, ‘100% Love’ and ‘Nannaku Prematho’. He last helmed the Ram Charan starrer ‘Rangasthalam’, which was also a huge hit, both critically and commercially.

Allu Arjun’s next release will be the Trivikram Srinivas directorial ‘Ala Vaikuntapuramlo’. The film has been planned as a Sankranti release in January next year.