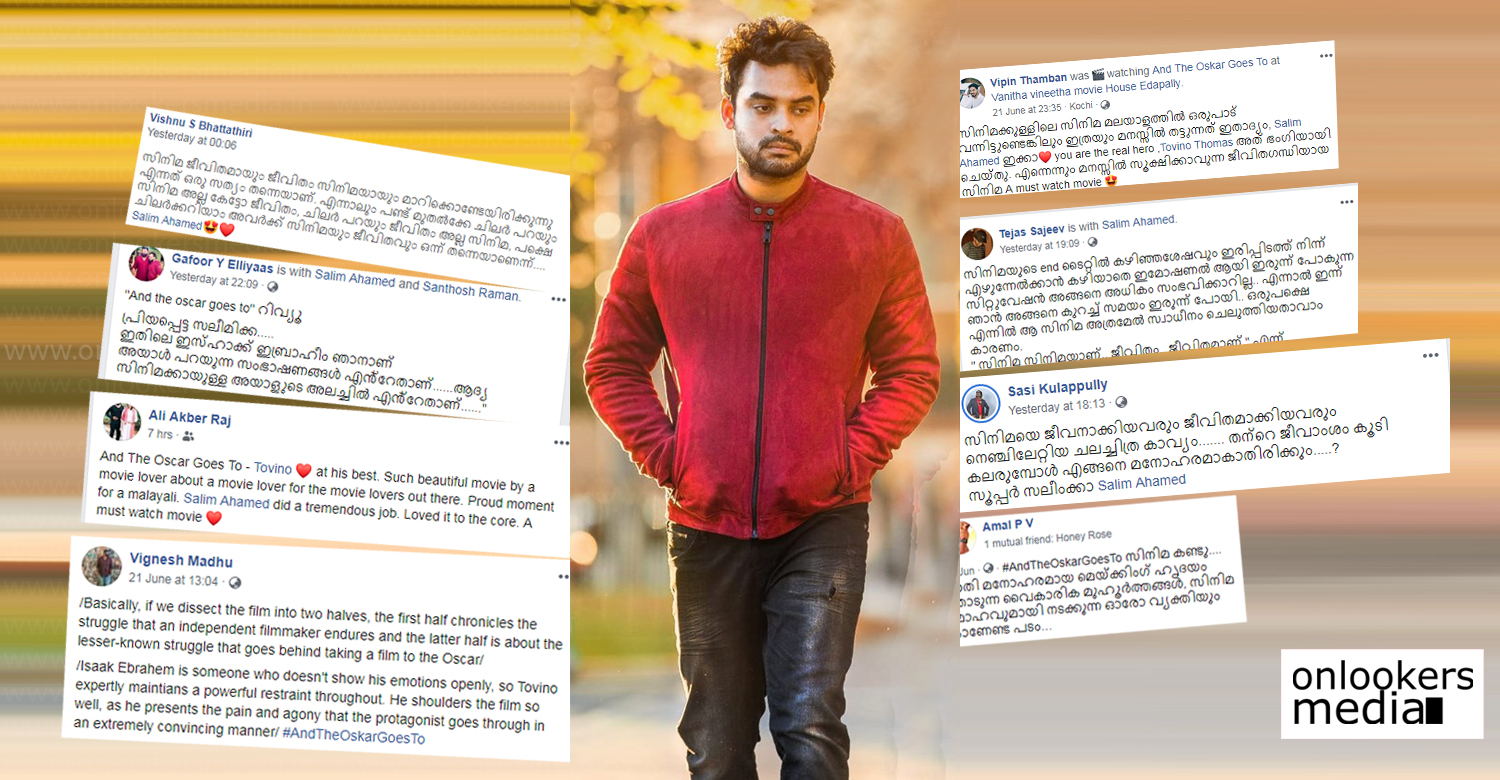 And The Oskar Goes To opens to positive response

Tovino’s new film ‘And The Oskar Goes To’ (ATOGT) was released lasr Friday (June 21). The movie directed by award-winning filmmaker Salim Ahmed has opened to good response. Critic reviews have all been largely positive with special mention for lead actor Tovino’s performance.

‘ATOGT’ tells the story of a film taking its director to the Oscars. The movie is instantly relatable to the an aspiring filmmaker as it chronicles the life and struggle of one such person, Isaak Ebrahem. Director Salim Ahmed scripted the movie partly based on his own experiences and some other real life filmmakers.

Unlike the director’s other films, this ‘ATOGT’ has a more commercial touch to it, major credits of which should go to charming Tovino Thomas. His character Isaak Ebrahem is someone who doesn’t show his emotions openly, so Tovino expertly maintians a powerful restraint throughout. The movie also has a good set of supporting actors like Siddique, Anu Sithara, Maala Parvathy, Lal, Sreenivasan, Salim Kumar, Zarina Wahab and Appani Sarath.

With the support of word of mouth, ‘ATOGT’ is expected to continue its good run in the coming weeks as well.