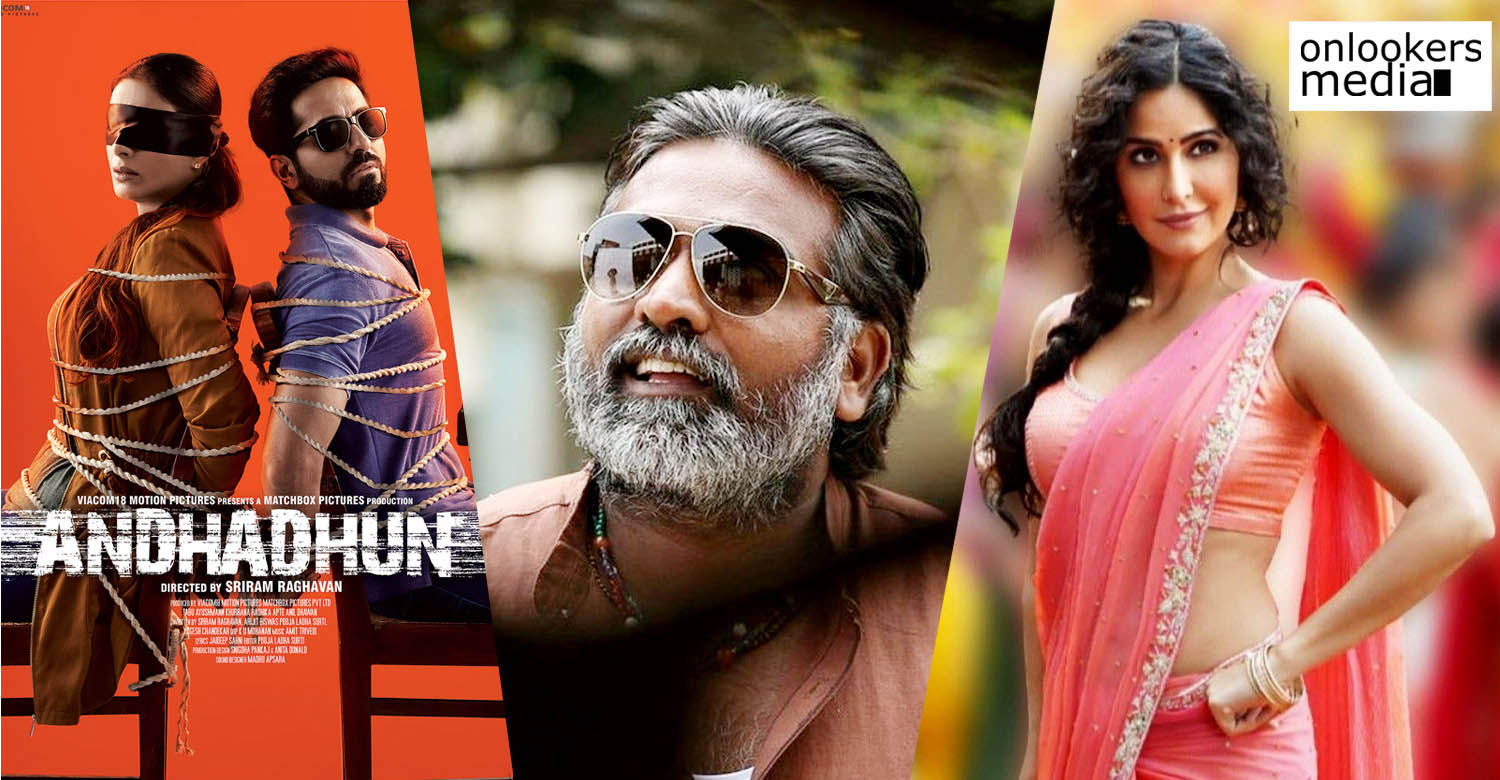 We had recently reported about Tamil actor Vijay Sethupathi and Katrina Kaif coming together for Sriram Raghavan’s next film. The director, who is fresh from the massive success of ‘Andhadhun’, is planning make a fast-paced film with no interval. Buzz is that the film has been titled as ‘Merry Christmas’.

Bollywood-based medias are reporting that it will be an edge-of-the seat thriller. The film will have no room for an interval and will be a straight 90-minutes-long film. The makers are planning to start shoot in April and finish it with a 30 days long schedule. Ramesh Taurani is producing the film.

Vijay Sethupathi has multiple projects coming up in Tamil and is in talks for a couple in Telugu. He is making his Hindi debut with ‘Mumbaikar’, directed by Santosh Sivan. It is the official remake of hit Tamil film ‘Maanagaram’. The Hindi version also stars Vikrant Massey, Sanjay Mishra, Tanya Maniktala, Ranvir Shorey, Hridhu Haroon and Sachin Khedekar.