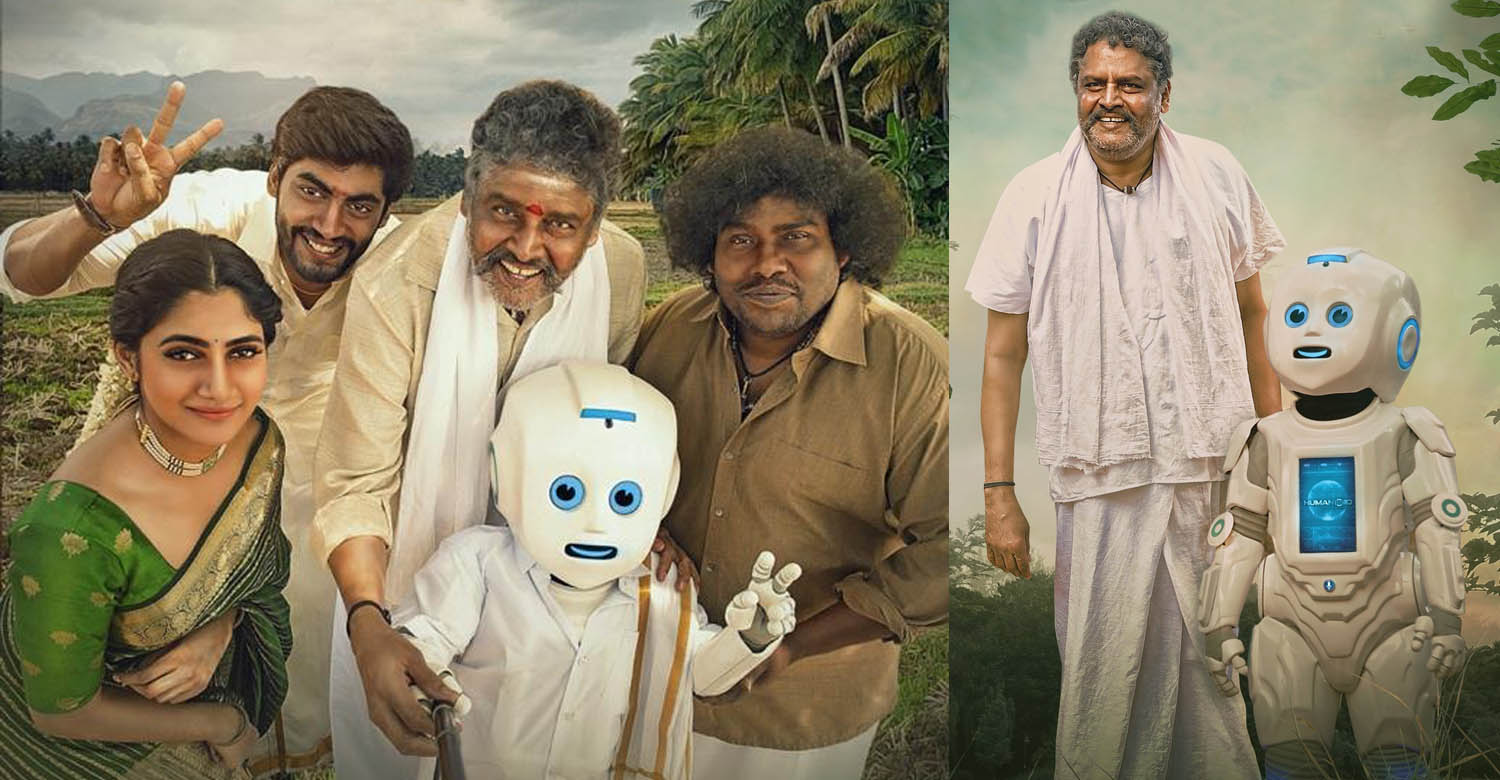 The superhit Malayalam fiom ‘Android Kunjappan Version 5.25’ is getting remade in Tamil as ‘Koogle Kuttapa’. Its first look poster got released by actor Suriya last day. Veteran Tamil filmmaker KS Ravikumar had bagged its remake rights. He is also playing the lead role, which was essayed by Suraj Venjaramoodu in the original. Ravikumar’s former assistants Sabari and Saravanan are directing the film. The original Malayalam film starring Suraj Venjaramoodu and Soubin Shahir as the leads was a box-office hit that also won critical appreciation. It bagged three awards the State level including ones for Best Debut Director (Ratheesh Balakrishna Poduval) and Best Actor (Suraj Venjaramoodu).

In the Tamil version, Poovaiyaar, noted for his performance in ‘Master’, is acting as the humanoid robot. ‘Bigg Boss’ stars Tharshan and Losliya will be seen as the lead pair while Yogi Babu also essays a prominent role.

As confirmed by the makers, the script has been tweaked to suit the sensibilities of the Tamil audience.
They have maintained the crux of the story but the treatment will be different. It will be a wholesome family entertainer that will cater all sections of the audience.