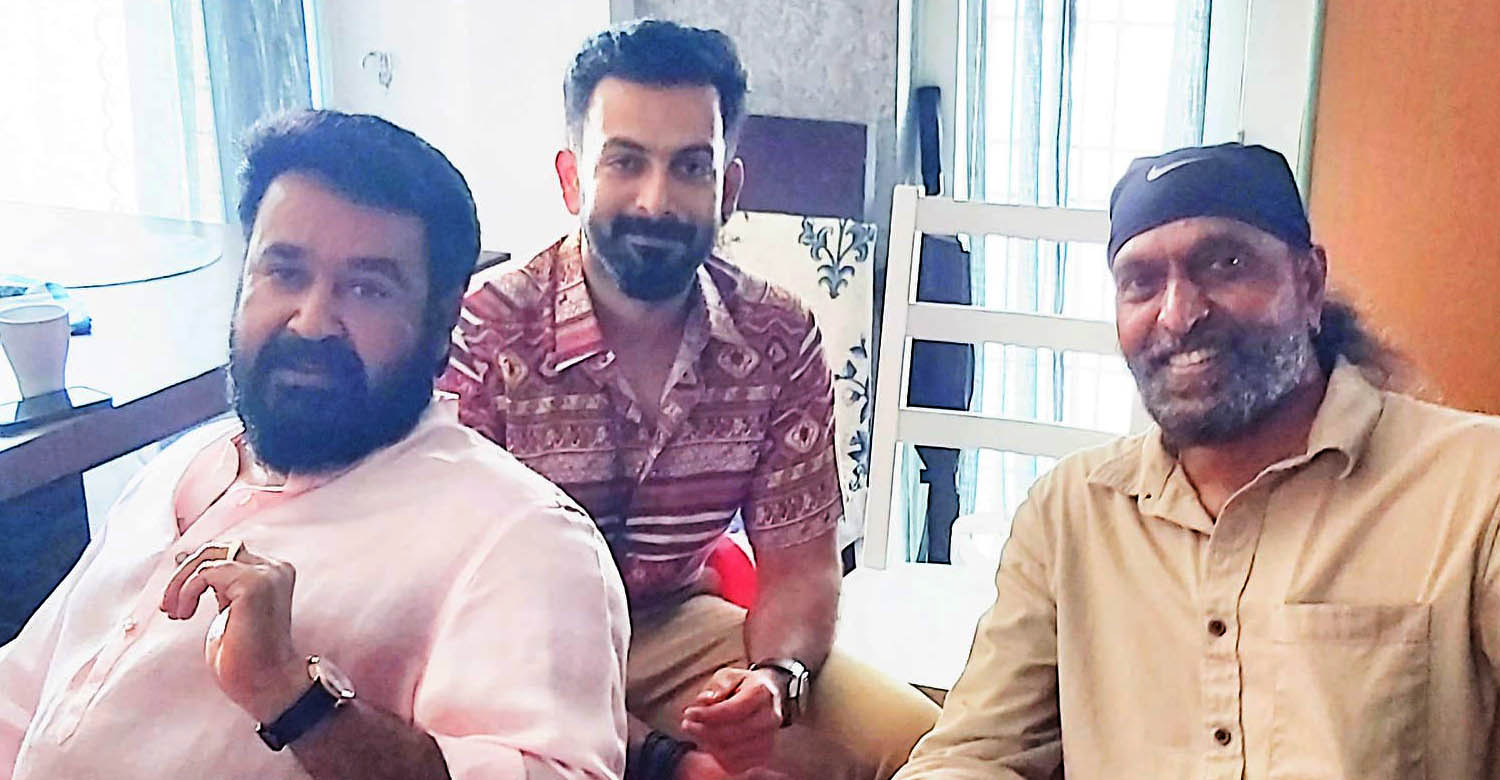 We had recently reported about Babu Antony joining the cast of Mani Ratnam’s ambitious biggie ‘Ponniyin Selvan’. The actor is currently shooting for the film in Hyderabad. Recently, when he had a day’s off, he visited the sets of
Prithviraj directorial ‘Bro Daddy’, shoot for which is also happening in the same city.

Babu Antony has shared a photo taken with Mohanlal and Prithviraj in his social media handle. Along with that, he has written,

I had a day off from filming “Ponniyen Selvom” with Manirathnam sir. So, I visited Lal and Pritvi who are shooting in another part of Hyderabad. Also met with Kaniha. Production controller Sidhu Panackal offered me nice Biriyani and we shared some good memories of Vasali and filming with Bharathetten. It was fun and just got back

‘Bro Daddy’ team began shoot in Hyderabad as the Kerala government had not granted permission for film shootings then. It is learnt that the makers are now planning to shoot the remaining portions in Kerala. The film has superstar Mohanlal and Prithviraj as the leads. Others in the cast include Meena, Kalyani Priyadarshan, Murali Gopy, Kaniha Soubin Shahir and Lalu Alex. Antony Perumbavoor is producing it under the banner of Aashirvad Cinemas.