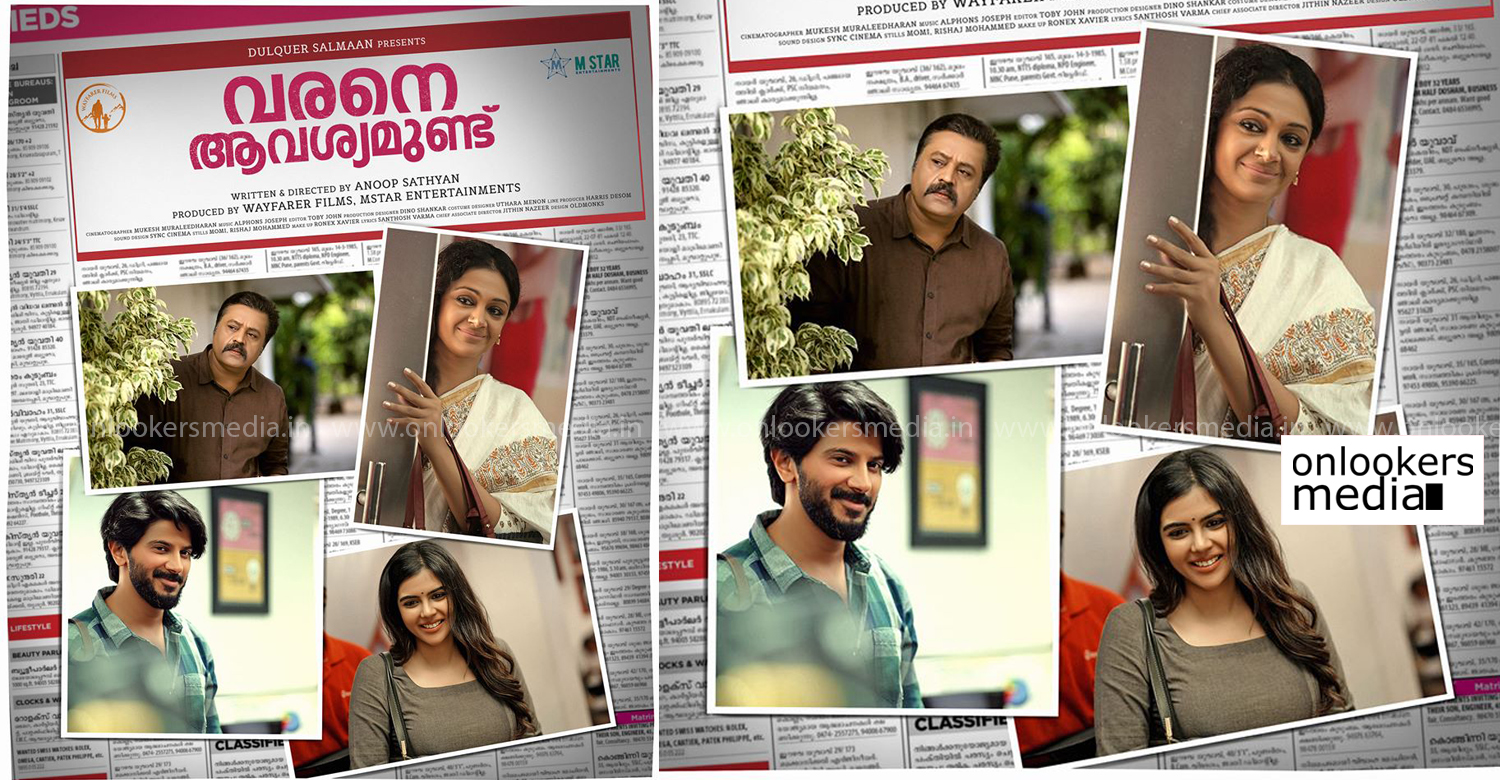 The directorial debut of Sathyan Anthikad’s son Anoop Sathyan got wrapped up recently. The film has been titled as ‘Varane Avishyamundu’. Prithviraj shared the first look poster through his social media handle. The poster features Dulquer Salmaan, Kalyani Priyadarshan, Suresh Gopi and Shobhana.

The film is currently under the post-production stage and if things turn out as per plans, it will hit screens in February. It is easily one of the most awaited Malayalam films scheduled for release next year. Anoop Sathyan himself has scripted the film, which is said to be a family entertainer. ‘Varane Avishyamundu’ is a special film for many reasons. Veterans Shobhana and Suresh Gopi are acting together after around 14 years. Independently also, the two have not been very active in the industry. Kalyani Priyadarshan, who has already made a mark in Telugu and Tamil cinema, is making her full length Malayalam debut. Besides playing one of the leads, Dulquer Salmaan is also producing the film under his banner of Wayfarer Films. M Star Entertainments is also associated with the production.