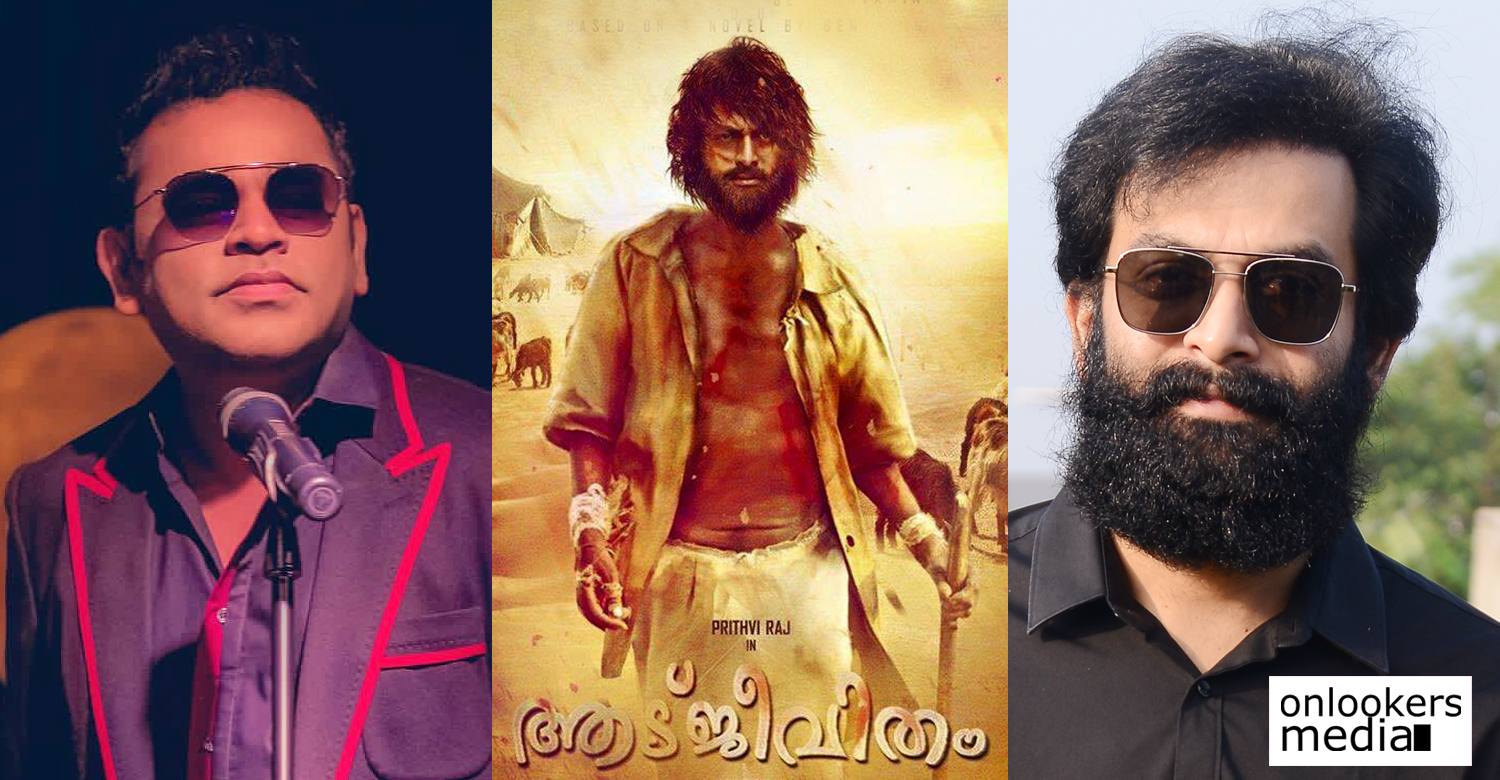 As we already know, ace filmmaker Blessy is making a film based on Benyamin’s award-winning novel ‘Aadujeevitham’. Prithviraj is playing the lead role in the film. They have been working on the film for over two years now in various schedule. The star is currently on a three-month long break to reduce weight and undergo a major physical transformation.

Music maestro AR Rahman is making his comeback to Malayalam cinema after nearly three decades with ‘Aadujeevitham’. In a recent interview to The Cue, Prithviraj revealed that AR Rahman is personally very excited about the film. He has already composed two songs with Chinmayi Sripada and Vijay Yesudas. Apparently, ARR even expressed his wish to visit the film’s sets and see the locations.

‘Aadujeevitham’ tells the life story of an abused migrant worker, Najeeb Mohammed, who gets stranded in the middle of deserts in Saudi Arabi. The lone man undergoes different experiences from seclusion, emotional conflicts and survival struggles.

Director Blessy was keen on getting Rahman on board as he felt that the film has great scope for music. He firmly believed that only AR Rahman would be able bring about the kind of music that can capture the different emotional and spiritual levels of an isolated man. According to the director, music has a more important role to play in the film than the dialogues. Apart from the songs, Rahman will also be working on an international quality score with a blend of different genres of music such as Arabic, western and Indian.

Rajeev Ravi’s ambitious film Thuramukham wrapped up!
It’s the season of thrillers in Malayalam!
To Top