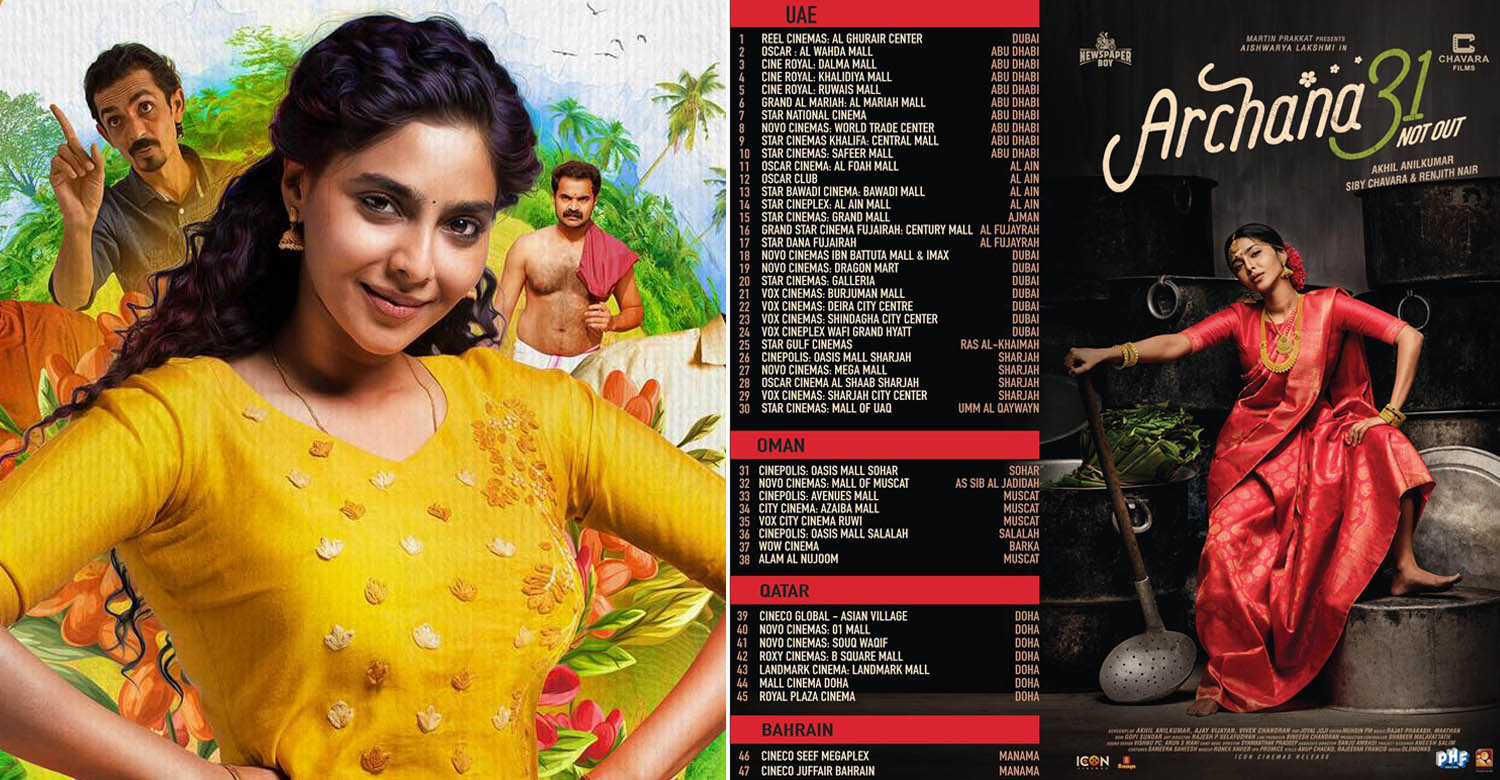 Archana 31 Not Out all set for overseas release

Aishwarya Lekshmi starrer ‘Archana 31’ Not Out continues to get good response. Inspired by a successful theatrical run in the home centres, the film is now set for overseas release. It is releasing in UAE, Oman, Qatar and Baharain on February 17.

‘Archana 31 Not Out’ is directed by debutant Akhil Anilkumar. The film, which is Aishwarya Lekshmi’s first outing as a solo lead, is a full-on fun entertainer with an empowering message in it. Scripted by Akhil Anilkumar along with Ajay Vijayan and Vivek Chandran, the film is mainly about the titular character’s attempts to get married.

Aishwarya Lekshmi plays a primary school teacher’s role. Along with her, the film stars a host of lesser-known actors, most of them hand-picked from the locality. Indrans, Ramesh Pisharody and Rajesh Madhavan are the among the very few known faces.

‘Archana 31 Not Out’ is produced jointly by filmmaker Martin Prakkat, Siby Chavara and Renjith Nair. On the technical front, the film has cinematography by Joyal Joji and edits handled by Mushin PM.