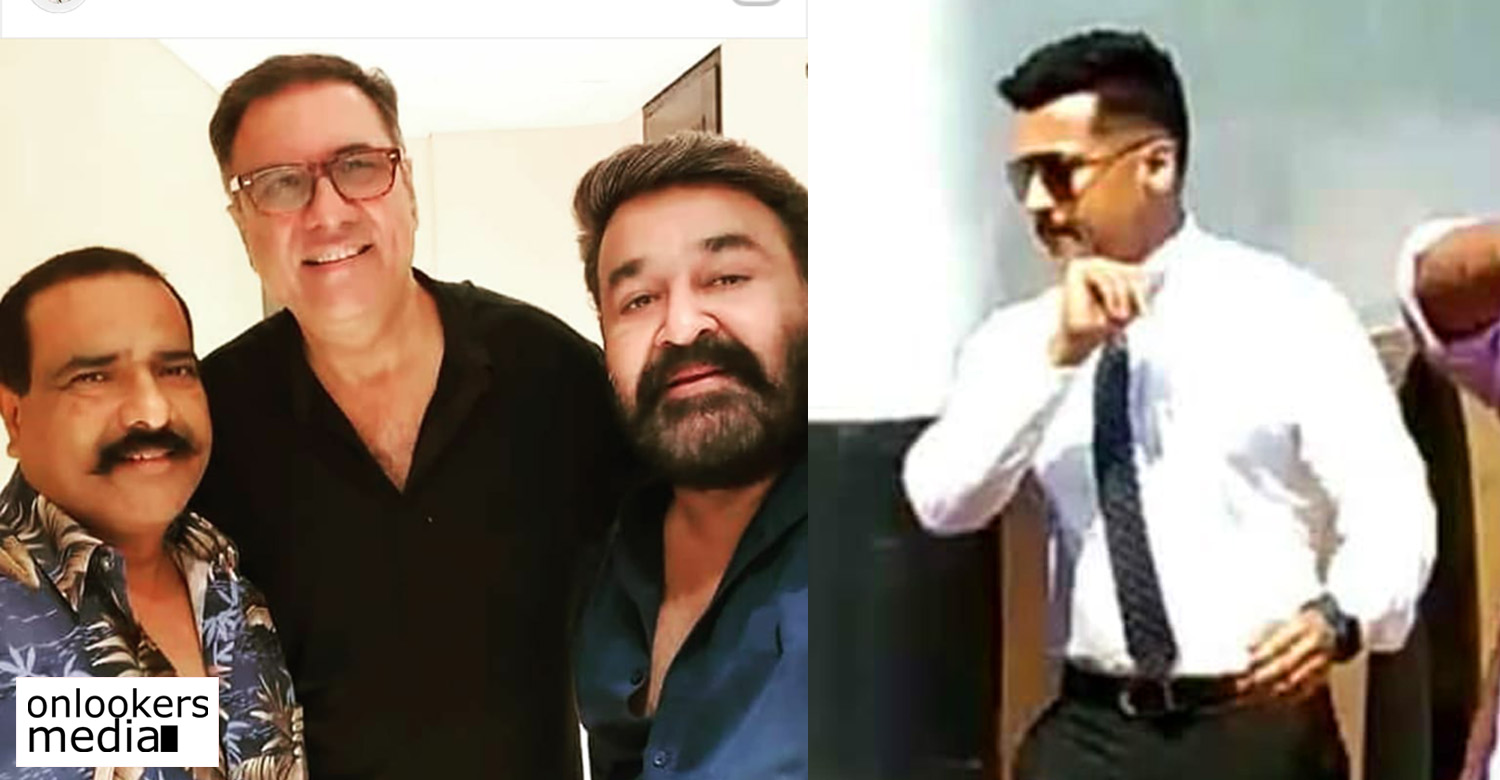 As we had reported earlier, the second schedule of Suriya’s upcoming movie with director KV Anand is progressing in Chennai. Suriya and Mohanlal have already joined the team. Latest to join the sets is Bollywood actor Boman Irani. He has been cast to play a crucial role in the movie. Irani, known to be one the finest actors in Hindi cinema, is making his Tamil debut with this movie. A selfie taken by Mohanlal along with him is currently doing the rounds in social medias.

Suriya 37 (working title) has a massive star cast, one of the biggest that Tamil cinema has seen in recent years. Besides Suriya, Mohanlal and Boman Irani, the movie also has Arya, Boman Irani, Sayyeshaa and Samuthirakani in major roles. Telugu actor Allu Sirish was also initially part of the cast, but he later opted out due to date issues.

Suriya is said to be playing the role of a high profile security officer while Mohanlal essays the role of a politician with grey shades. This yet-to-be titled movie is touted to be an action packed thriller. KV Anand has scripted the movie jointly with famous novelist Pattukottai Prabhakar. The makers have planned to shoot the movie in over ten different countries.

After the brief ongoing schedule in Chennai, the team will be flying next to Delhi and later to Kulu Manali. Lyca Productions is funding this big budget movie.