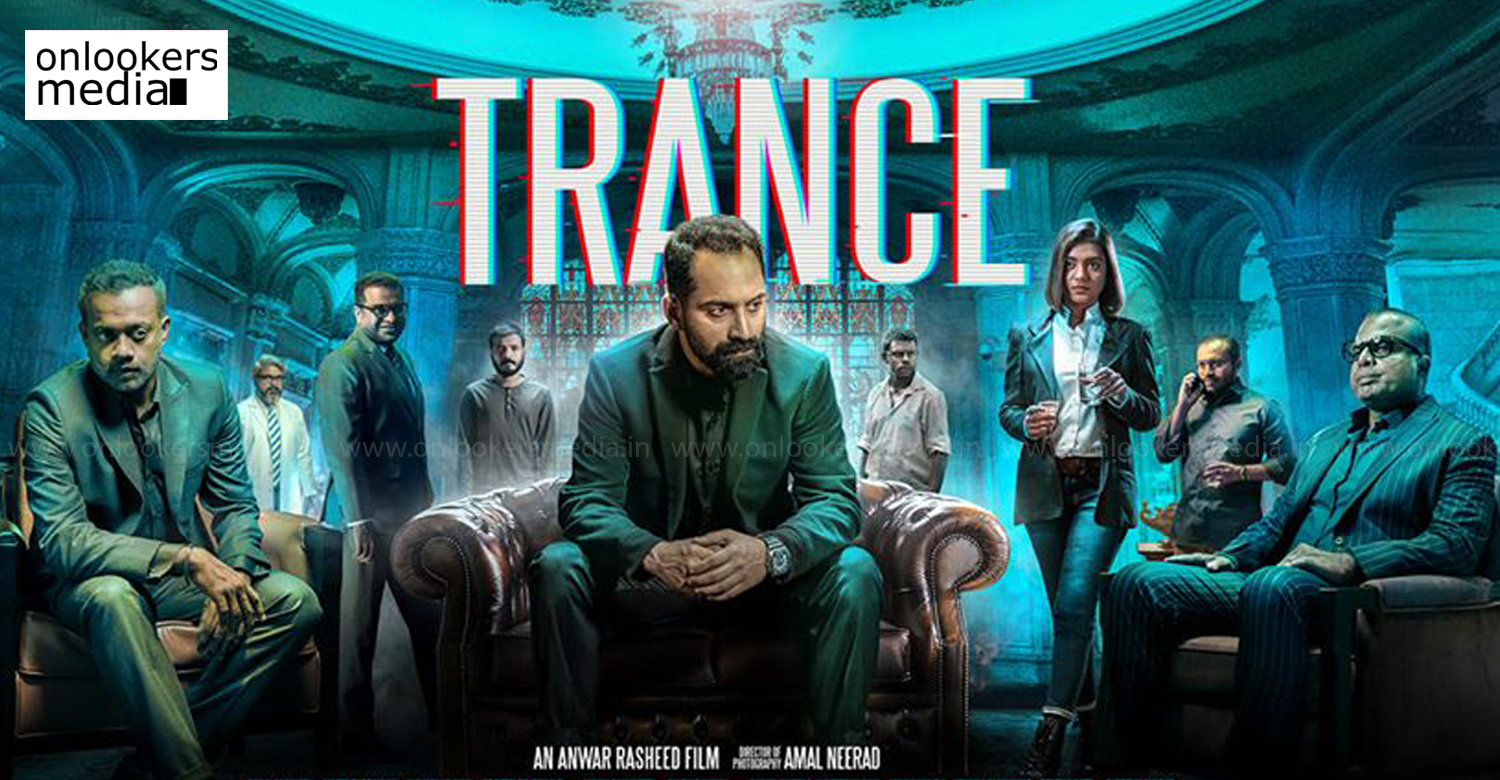 Check out this star-studded poster of Trance!

Anwar Rasheed’s highly anticipated film ‘Trance’ is hitting screens on February 14 as a Valentine’s Day special. With hardly a month left for release, the makers have started the first round of promotions. A new poster introducing all the major actors from the cast has just been released online. Fahadh Faasil, Nazriya, Gautham Vasudev Menon, Soubin Shahir, Vinayakan, Chemban Vinod Jose, Dileesh Pothan, Sreenath Bhasi and Jinu Joseph feature in the poster. Joju George, Arjun Ashokan, Dharmajan Bolgatty, Arushi Mudgal and Aswathi Menon are some of the actors in the film. ‘Trance’ is a highly ambitious project that has been in the making for over two years. Debutant Vincent Vadakkan has scripted the film but as of yet, nothing much is known regarding its genre or plot details.