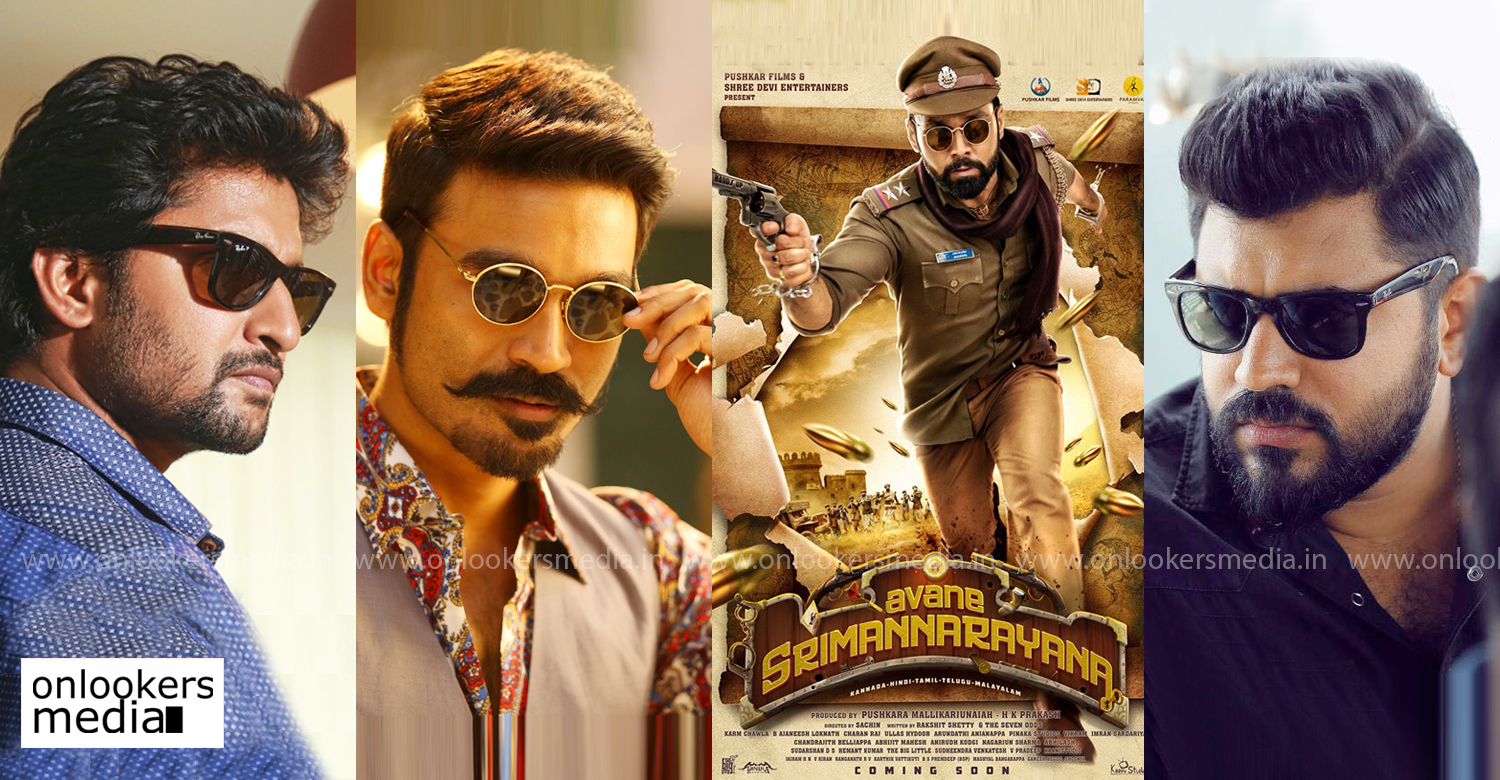 Rakshit Shetty took to his Twitter handle to inform the same. He has written,

It gives me immense happiness to announce that @dhanushkraja , Actor @NameisNani and @NivinOfficial will be e-releasing the Tamil, Telugu and Malayalam trailers of #AvaneSrimannarayana respectively.

Everyone at the ASN camp is thrilled to bits! #ASNTrailerNov28

‘Avane Srimannarayana’ is a film set in the ’80s in a fictional town called ‘Amaravathi’ in Karnataka. Rakshit, who has also written the story, will be seen essaying the lead role of an ’80s cop. The story is basically centred about this corrupt police officer who lives in Amaravathi. The cast Shanvi Srivastava, Achyuth Kumar, Pramod Shetty, and Balaji Manohar.

H. K. Prakash and Pushkara Mallikarjunaiah are producing the film.The film is scheduled to hit screens on December 27. Tomichan Mulakuppadam, the producer of blockbuster Malayalam films like ‘Pulimurugan’ and ‘Ramaleela’ will be releasing it in Kerala.