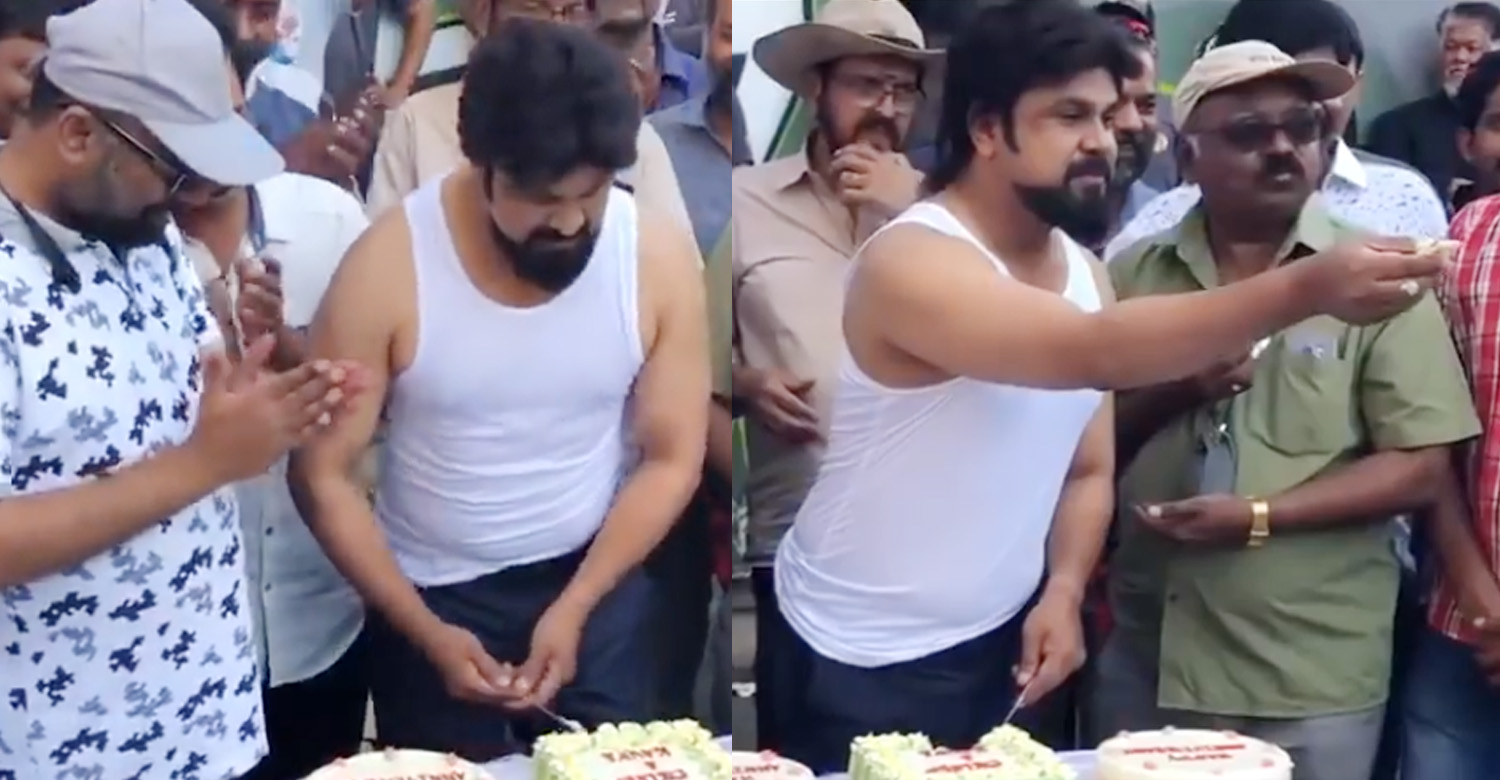 Dileep celebrates his wedding anniversary on the sets of Professor Dinkan

As we had reported earlier, Dileep is currently in Thailand for the final schedule of ‘Professor Dinkan’. The movie directed by Ramachandra Babu is being made in 3D format on a lavish budget. Almost the entire crew is in Thailand for the final leg of shoot, which is expected to be wrapped up by the first week of January. Last day, Dileep celebrated his wedding anniversary on the movie’s sets. Though his wife Kavya Madhavan was not present, the actor celebrated his anniversary with the crew members of ‘Professor Dinkan’. Kavya is currently in Kerala taking care of their new born baby, Mahalakshmi.

After the completion of ‘Professor Dinkan’, Dileep is expected to wrap up his remaining portions for ‘Kodathi Samaksham Balan Vakkeel’, directed by B Unnikrishnan. The actor also has a bunch of other projects coming up. He recently signed for a new movie titled ‘Pickpocket’. Rafi is scripting the film and it will be directed by P Balachandra Kumar. Said to be a big budget film, the movie will be shot extensively in Brazil.

Dileep is also set to reunite with his ‘Speed Track’ director Jayasurya for a new movie titled ‘Jack Daniel’.
Along with him, the movie will also have veteran Tamil actor Arjun in a major role. Dileep has committed for another new film with ‘Oru Vadakkan Selfie’ fame G Prajith. The actor is also in talks for new projects with Arun Gopy and Nadrishah. A sequel to his 2015 blockbuster film, ‘Two Countries’ is also on the cards.

Action choreographer Sham Kaushal joins the sets of ‘Unda’
Dinesh Karthik highly impressed by ’96’ and its music!
To Top