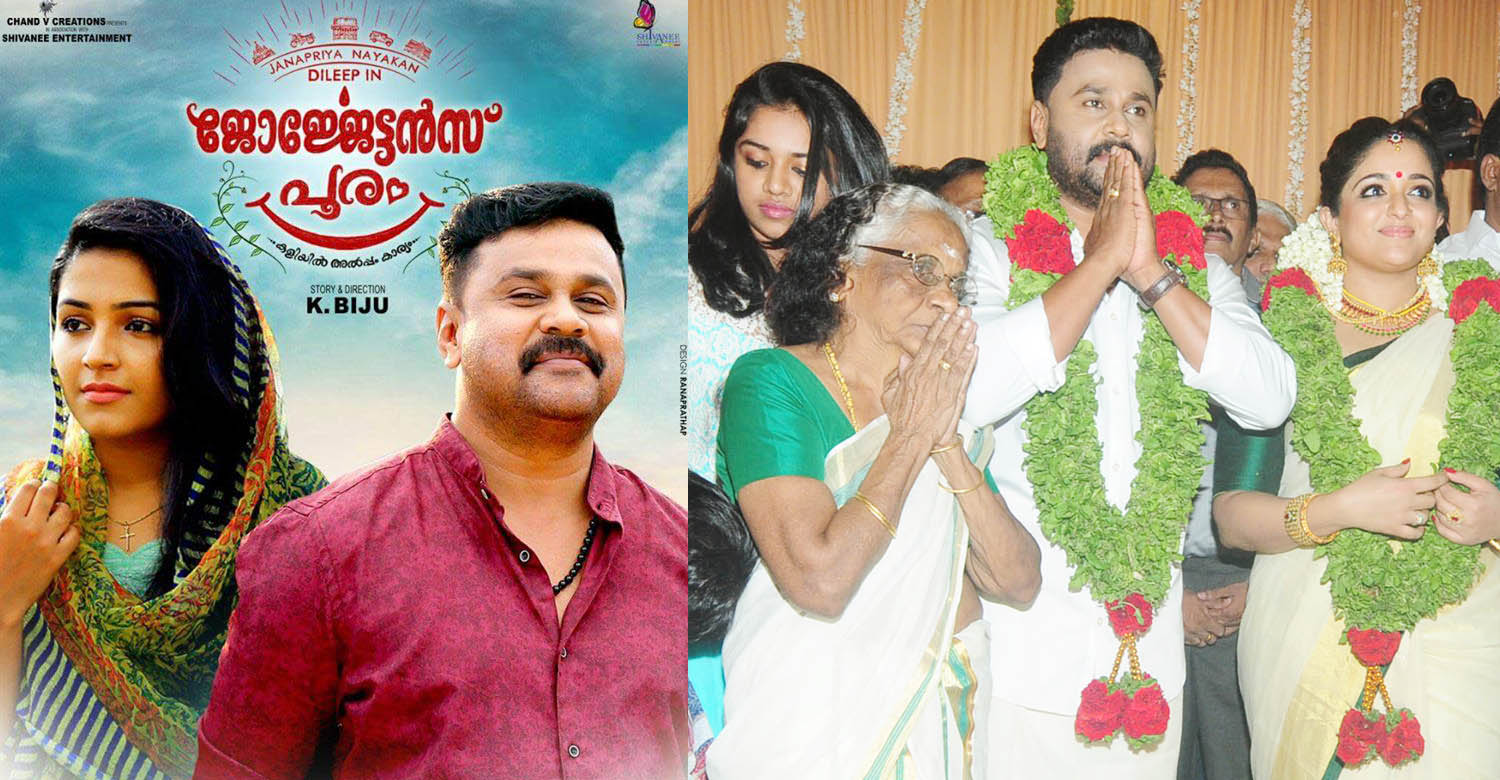 Actors Dileep and Kavya Madhavan’s wedding is currently the centre of discussion in most social media forums. Their wedding has invoked a lot of questions. One among them is “will Dileep’s upcoming movies be affected by this marriage?”

Post the wedding, Dileep has been receiving a lot of flak from the audience for lying about their relationship. Apparently, both the actors are criticised for keeping their relationship as a secret which led to divorces in both their lives.

Public support is flowing in for Manju Warrier, Dileep’s first wife. The producers of Dileep’s movies are now worried about whether his marriage will affect the business of his movies.

Senior industry insiders are of the opinion that an actor’s personal life will not affect their movies commercially.

When Dileep got divorced with Manju Warrier ending a 14 year long married life, it was widely reported that his next release Ringmaster will be a flop at the box office. But, the movie turned out into a superhit.

Dileep’s next release is Georgettan’s Pooram directed by Dr Love fame K Biju. It is a commercial entertainer written by YV Rajesh and produced by Arun Gosh, Bijoy Chandran, Shivanee Suraj under the banner Chand V Creations and Shivanee Entertainment.

He also signed for some other movies like Professor Dinkan, Kammara Sambhavam and Pick Pocket.