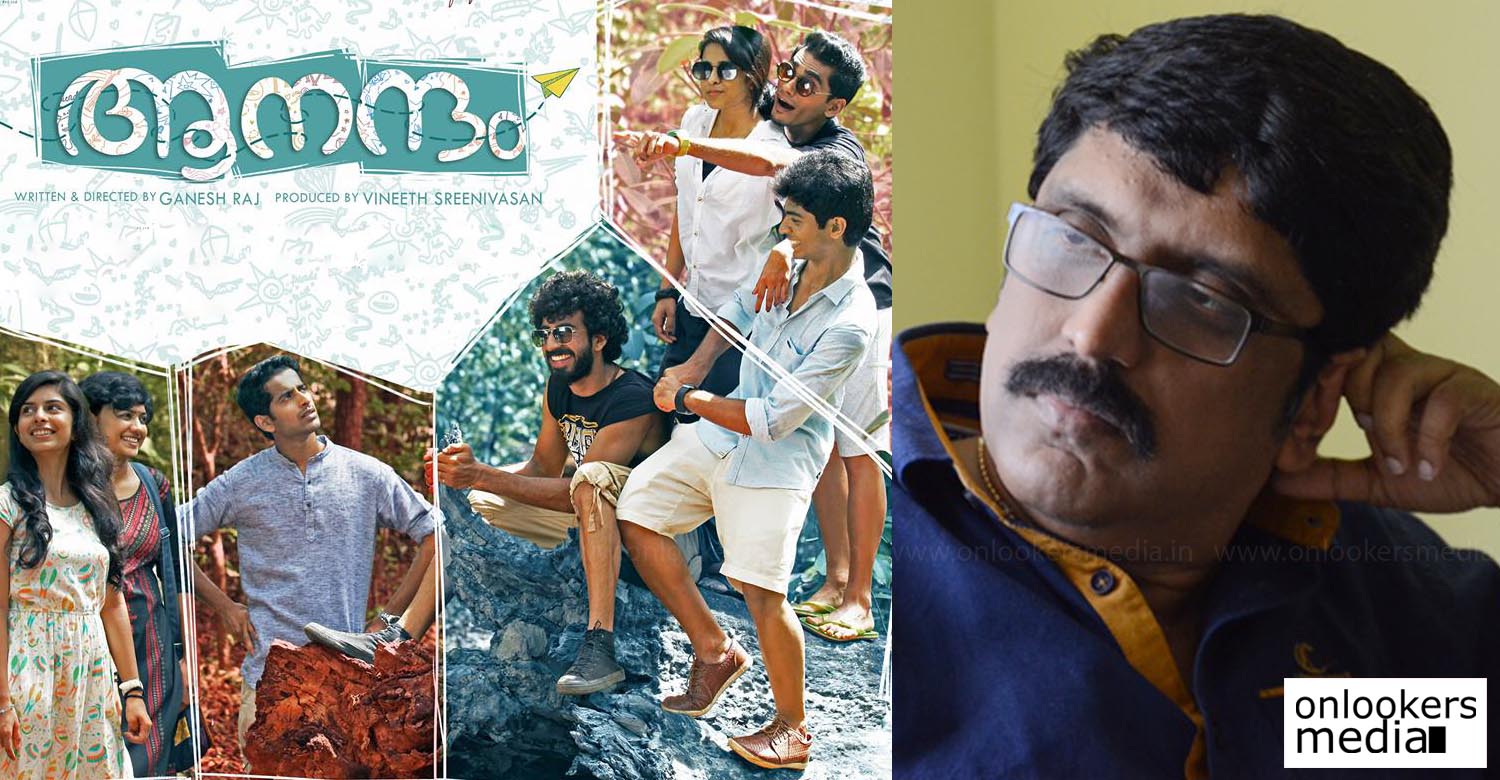 Director B Unnikrishnan is all praise for Aanandam

Aanandam directed by debutant Ganesh Raj was released on Friday. The movie has been getting good response from the audience.

Aanandam is a fun entertainer revolving around a group of students in an engineering college who are going for fun trip as part of their Industrial Visit.

The movie has getting great response and appreciation from the critics and common audience. Many celebrities have appreciated the movie through their social media pages.

Director B Unnikrishnan who has made films like Grandmaster and Madambi recently took to his Facebook page to congratulate the team of Aanandam.

In his post the director says, he enjoyed the movie for its the youthfulness and freshness. He praised director Ganesh Raj for his writing as well as direction. He also mentioned about the good work behind the cinematography, editing and music. The director also complimented Vineeth Sreenivasan for showing the willingness and guts to produce this movie with new comers and supporting them wholeheartedly.

The cinematography for the movie is handled by Premam fame Anend C Chandran and music is composed by singer turned composer Sachin Warrier. Editing is handled by Abhinav Sunder Nayak.

Vineeth Sreenivasan and Vinod Shornur has produced the film under the banner of Habit Of Life and Cast N Crew.

Director Lal Jose’s distribution company LJ films Pvt Ltd distributed the movie in Kerala. After getting good response from the audience, number of shows have been increased in many theatres.

Outside Kerala, the movie will be releasing on November 4th.