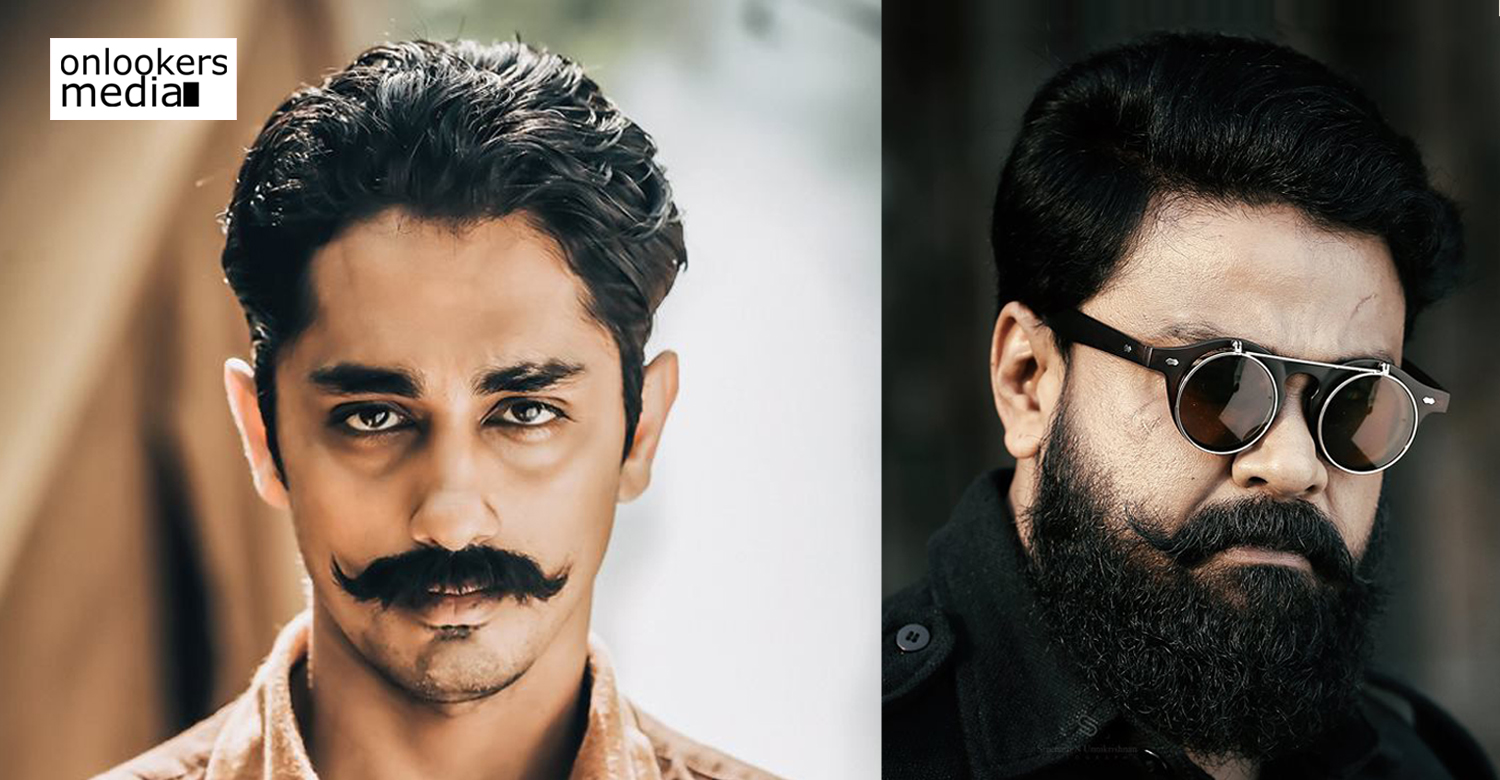 Dubbing in Malayalam for Kammara Sambhavam was a challenging experience: Siddharth

Kammaara Sambhavam is getting ready for release next month. The movie is most likely to hit screens on April as a grand Vishu release. Rathish Ambat is directing the movie which has Dileep and Siddharath in the lead roles. It is said to be an epic set in three different timelines. Murali Gopy has scripted the movie which focuses on historical accounts and how it is depicted by the ones who wrote it.

While Dileep plays Kammaran, Siddharth, who is making his Malayalam debut, plays the role of Othenan Nambiar. Siddharth who recently finished dubbing for his portions said he had a tough time dubbing in Malayalam. The actor has dubbed himself in Tamil, Telugu and Hindi, so he was determined to do it in Malayalam as well. But it was not an easy task.

Murali Gopy’s language made it even more exciting for Siddharth, who feels it would’ve been easier if it was a regular Malayalam film. Inspite of all that, Siddharath managed to finish dubbing and is now looking forward to the release like how a school kid waits for exam results.

Kammara Sambhavam teaser on the way!!
Vijay likely to sing under AR Rahman for Thalapathy 62!!
To Top