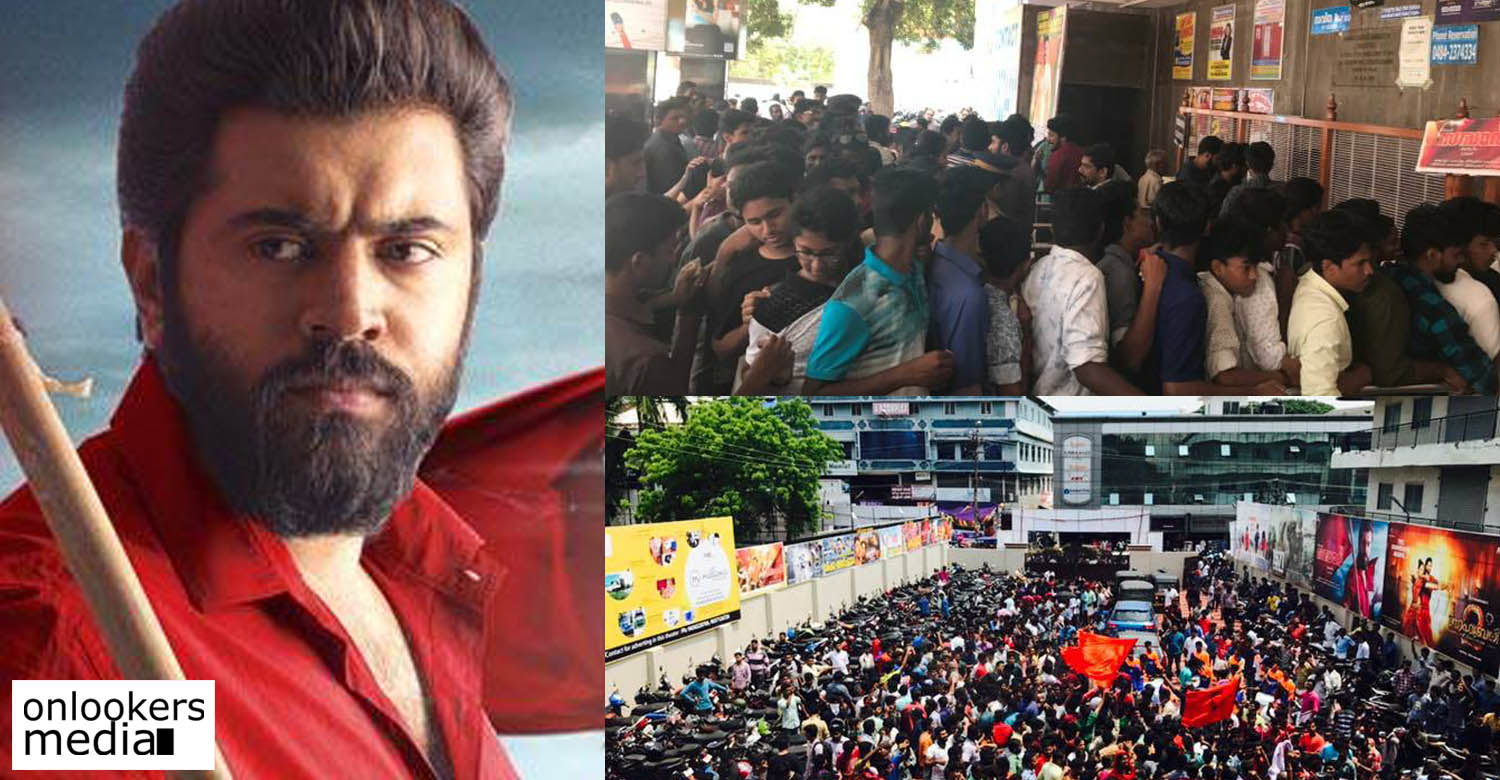 Nivin Pauly’s first release of the year Sakhavu, hit screens all over Kerala today. The movie, directed by National award winner Sidharth Siva was eagerly awaited by the movie buffs in the State.

Sakhavu features Nivin in a dual role as Krishnakumar and comrade Krishnan. Both the characters are set in different timelines and hence the actor is seen in two different looks. Aparna Gopinath, Aishwarya Rajesh and Gayathri Suresh have essayed major roles. Sreenivasan, Joju George, Sudheesh, Althaf, Santhosh Keezhattoor and many others are also part of the cast.

Sakhavu has opened to great response in all the centres. Nivin’s performance has been praised highly by the critics and the audience alike. The actor’s fans are elated to see the star on screen after a long gap of over six months.

With all the necessary commercial ingredients, Sakhavu is certain to be a successful one further extending Nivin’s golden run in the box office. The movie is bank rolled by B Rakesh under the banner Universal Cinema.

“It’s not my opinion alone, it’s the voice of the Indian audience”, AR Murugadoss hits back at Priyadarshan
Kerala Box Office : Take Off Collection Report 21 Days
To Top