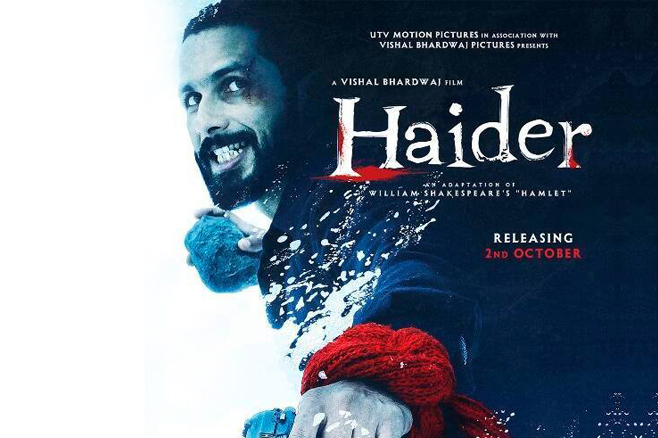 Shahid Kapoor has been going through career fluctuations as his movies failed to perform at box office consistently. While some of his movies did fair business at box office some of the movies did not pass the muster at least in Bollywood standards. This could have played a role in Shahid’s decision to reduce the number of films and to focus more on his characters.

Shahid Kapoor’s 2014 release Haider was hyped to the sky which was upgraded by its stirring trailers. Haider certainly has lived up to the hype and is reportedly on its way to become one of the super duper hits of 2014. The film got a wide release on r 1250 screens which itself is a huge milestone for the movie.  Let us start with the opening day collection of the movie. The estimated collection for the opening day was around 6.14 crores. The fact that it was a national holiday definitely has helped the movie to secure this solid number. The encouraging response film received resulted in a sheep increase in the collection in the following  friday making it to 6.93 crores  and the third day witnessed the gratifying  number of 6.38 crores though it saw a decline from the previous day collection.

Haider is a revenge drama directed by Vishal Bharadwaj with Shahid Kapoor playing the title role Haider.It is said that the plot of the movie avails itself of one of the most popular play written by none than Shakespeare himself by the name Hamlet which is moderated so as to fit into our modern life situations. Shraddha Kapoor plays the female protagonist in the movie where as Tabu plays mother to Shahid Kapoor. Kay Kay Menon gives life to the central antagonist of the movie. Another important factor of the movie is Irfan Khan. The film gives an account of a young man who goes through a life full of turbulence and despondency after learning about his father’s death.  The movie was highly praised both by the audience and the critics; especially the performances of Shahid Kapoor and the other leading actors in the movie have won the hearts of audiences and the critics.