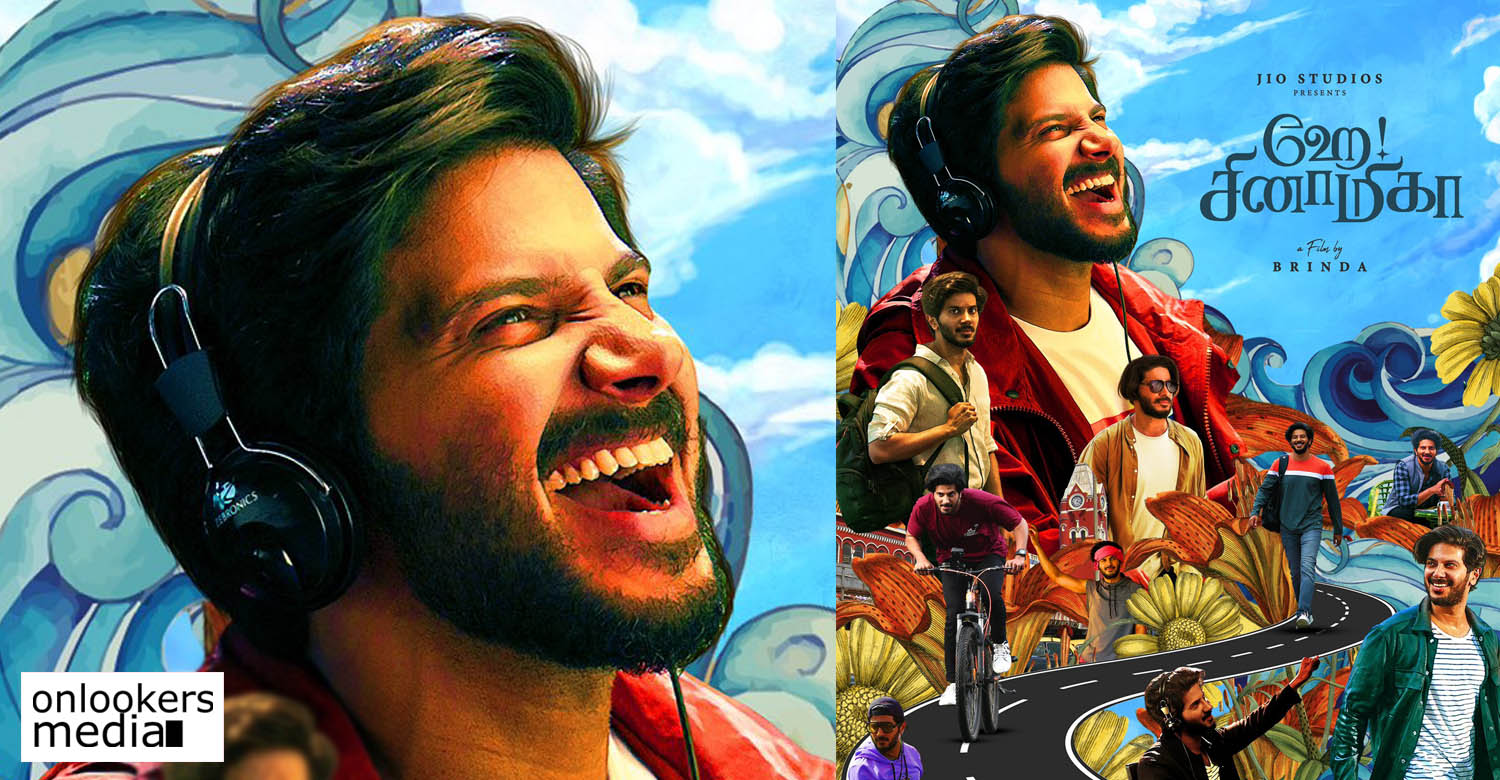 We had earlier reported about Dulquer Salmaan starring in the directorial debut of popular dance choreographer Brinda. The film’s first look is now out. It is a colourful and vibrant poster featuring a stylish-looking Dulquer in various shades. The actor plays a character named Yaazhan in the film.

‘Hey Sinamika’ is said to be a rom-com entertainer. Kajal Aggarwal and Aditi Rao Hydari will be seen as the female leads. It is the first time that the three lead actors – Dulquer, Kajal and Aditi – are sharing screen space, which heightens the expectations on the film. ‘Hey Sinamika’ is scripted by Karky. Govind Vasantha of ’96’ fame is in charge of the music department and cinematography is handled by Preetha Jayaraman. Jio Studios is producing the film, which is also their maiden production venture in Tamil.

Along with the first look, the makers have also announced that the film will be hitting screens on February 25, 2022.