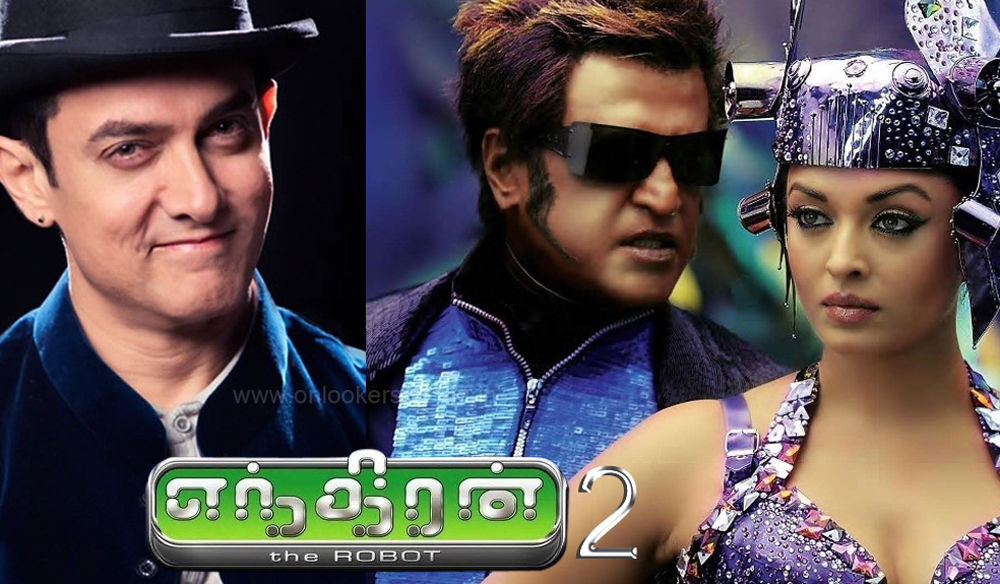 Here is a special and exciting news for you all. According to a trusted source of ours India will going to witness the biggest film ever made in India and that too a sequel to the gigantic Shanker-Rajinikanth film Endhiran. But what makes this news so special and amazing is that the name of the actor who will play the villain role in Endhiran 2. Any Guess..? Don’t go too far with your guesses. The answer is none other than, Mr.Perfectionist of Indian cinema, the one and only Aamir Khan.

Yes, the news says that Shanker already had talks with Aamir regarding this project and Aamir had agreed to do the project after completing Dangal the film which he is doing now in Hindi. In this Hindi film Aamir is playing the character of a wrestler and he is making his body in perfect shape for this film. Report says that Aamir is making his body in perfect shape keeping in his mind, the character of Endhiran 2. His new film Dangal will be completed in 3 to 4 months from now as per reports and Endhiran 2 will begin to roll from 2015 last or 2016 first part.

Aamir was on the best time of his career as all of his films are record breakers at box office and getting incredible critical reception as well. His last release PK had already established itself as the biggest hit in Indian cinema history collecting above 600 crores world- wide above 300 crores from India alone. Shanker is also fresh from the success of his latest film I, need a strong film this time as the success of I owes much to the performance of Vikram more than Shanker’s direction. Shanker had faced flak from critics as I was not as good as his previous films when direction and scripting was taken into consideration.

Rajinikanth also not in a good situation as his last two films Kochadiyan and Lingaa were bomber at box office and he too need a strong come back to hold his fort as a star. So we are hoping that the union Mr. perfectionist will bring the best out of Shanker as well as Rajinikanth and Endhiran 2 will be the next record breaker in the Indian film Industry. Aamir has a history to do it time and again. More details about the film will come to you without much delay.