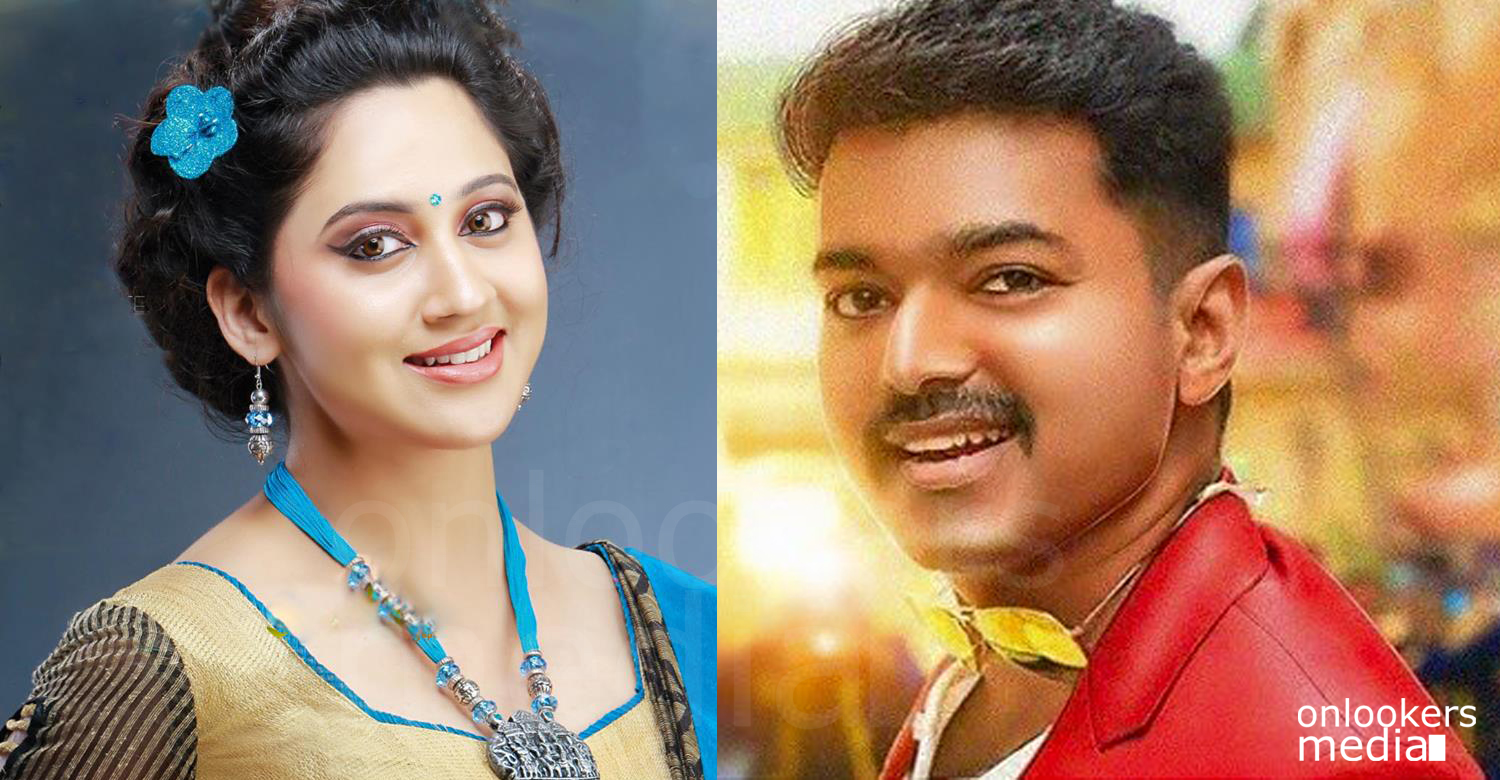 Last day a report came that Mollywood actress Miya George is acting with Kollywood Superstar Ilaya Thalapathy Vijay. The reports said that Miya George was chosen as one of the female leads in the film along with Kajal Agarwal. The film will be Vijay’s 60th movie and it will be directed by Bharathan who had earlier written the dialogues of super hit Vijay film Gilli and he also directed a film with Vijay in the lead titled Azhakiya Tamil Magan.

A twitter account in the name of Miya also posted an update regarding this saying that she is very happy and excited to be a part of Vijay 60 and looking forward to do the character. But Now, Miya George had come out through her official Facebook page and said that she is not acting with Vijay.

There is no confirmation regarding all those news from any side, neither from sources close to the production team or from the sources close to Mammootty. Hope that just like Miya told her status , Mammootty will also reveal whether he is doing Film with Vijay or not.