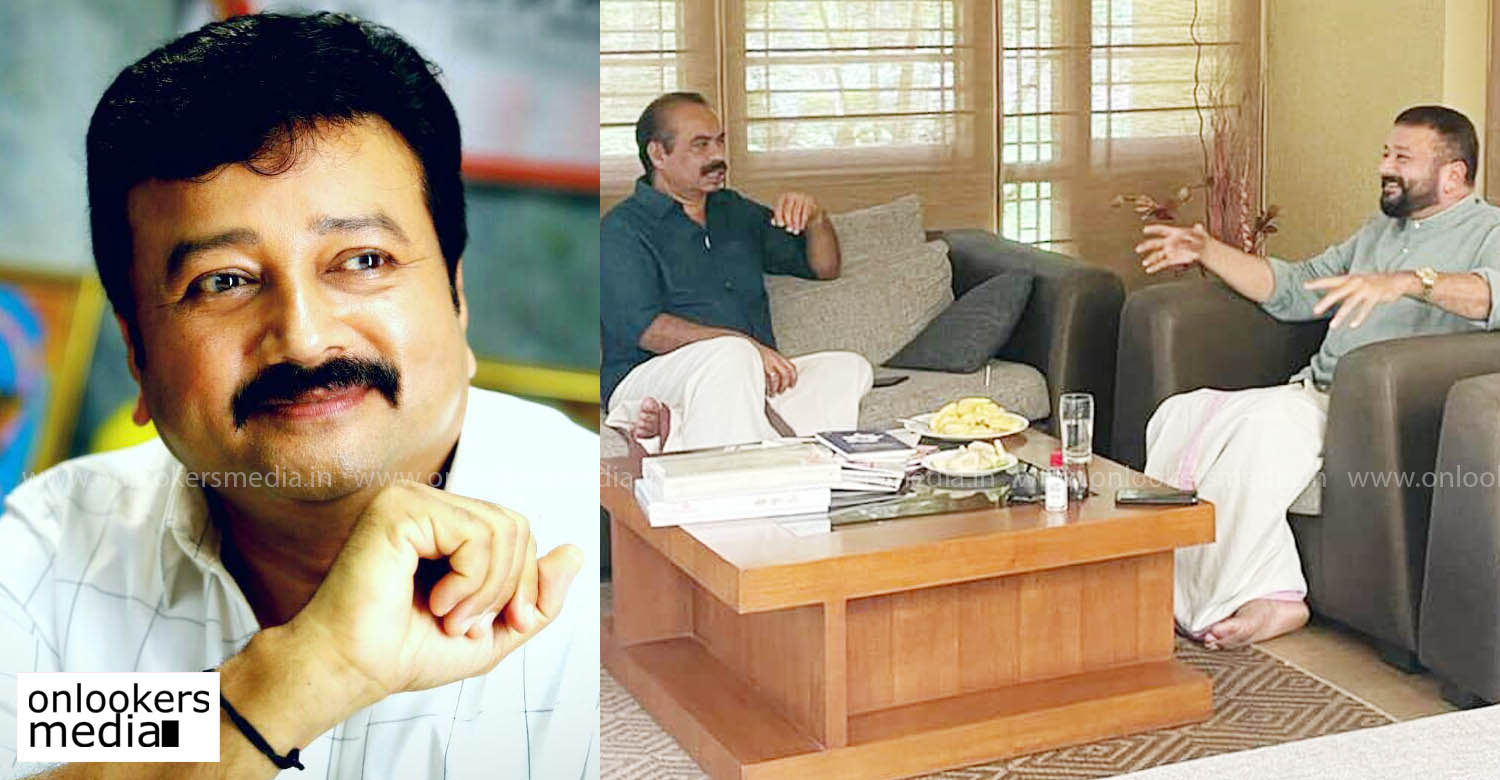 Recently, on Vishu day, director Sathyan Anthikad had announced that his next film will have Jayaram and Meera Jasmine in the lead roles. Dr Iqbal Kuttippuram is scripting the film and it is produced by Central Pictures.

Last day, Jayaram shared a candid photo taken with Sathyan Anthikad during one of their recent script discussion sessions. The actor-director duo has worked together in several memorable films in the 90s and 2000s. ‘Ponmuttayidunna Tharavu’, ‘Mazhavilkavadi’, ‘Thalayanamanthram’, ‘Sandhesam’, ‘Thooval Kottaram’, ‘Veendum Chila Veettukaryangal’, ‘Kochu Kochu Santhoshangal’ and ‘Manassinakkare’ are some of them. It is after 11 years that they are teaming up now.