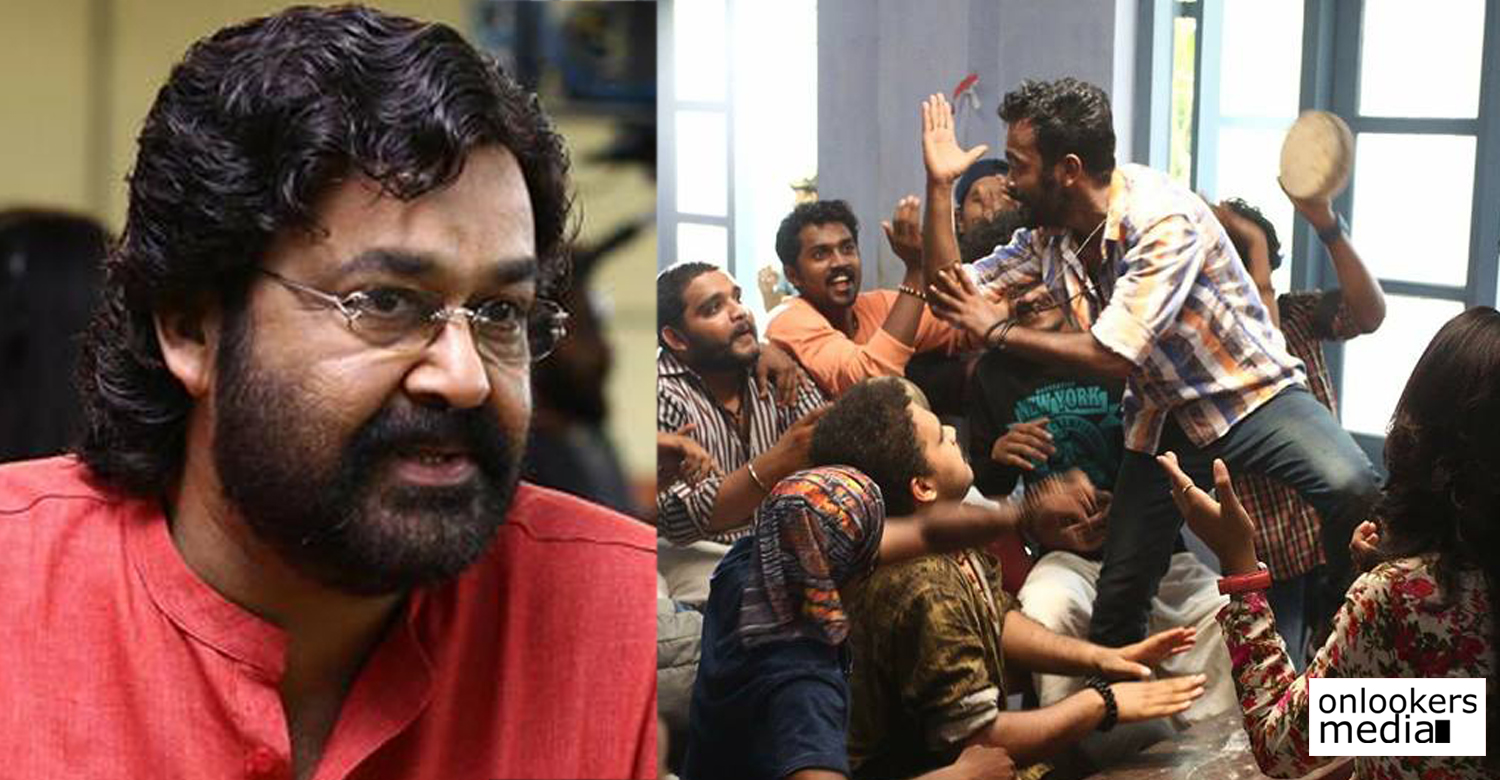 Mohanlal’s Velipadinte Pusthakam, directed by Lal Jose is gearing up to hit screens this Onam. The recently released ‘Jimikki Kammal’ has become a big sensation among the audience. This peppy number composed by Shaan Rahman has become an instant favourite among the kids and youngsters. Vineeth Sreenivasan and Renjith Unni have lent their voice to this song penned by Anil Panachooran

The official video of this song was released two days and within a few hours it has clocked lakhs of views. The videos has now fetched over 15 lakh views in YouTube. It is a fun campus song featuring a set of youngsters including Angamaly Diaries fame Sarath Kumar, Jude Anthany Joseph and Aanandam fame Arun Kurian among others. Mohanlal makes an entry towards the end of the video riding a bicycle.

Velipadinte Pusthakam is written by Benny P Nayarambalam. Mohanlal appears in two different looks in the film; one as a college professor Mathew Idicula and the other as a goon hailing from the coastal area. Angamaly Diaries fame Anna Reshma Rajan is playing the female lead. Anoop Menon, Priyanka Nair, Siddique, Salim Kumar, Alencier Ley Lopez and many other supporting actors are also part of the cast.

Godha fame Vishnu Sarma is cranking the camera and Shaan Rahman is handling the music department. The movie is funded by Mohanlal’s own production house Aashirvad Cinemas.

My next is an unusual project and I’ll be showing an unseen side of Vijay: AR Murugadoss
Angamaly Diaries fame Antony Varghese’s Swathanthryam Ardharathriyil all set to go on floors
To Top