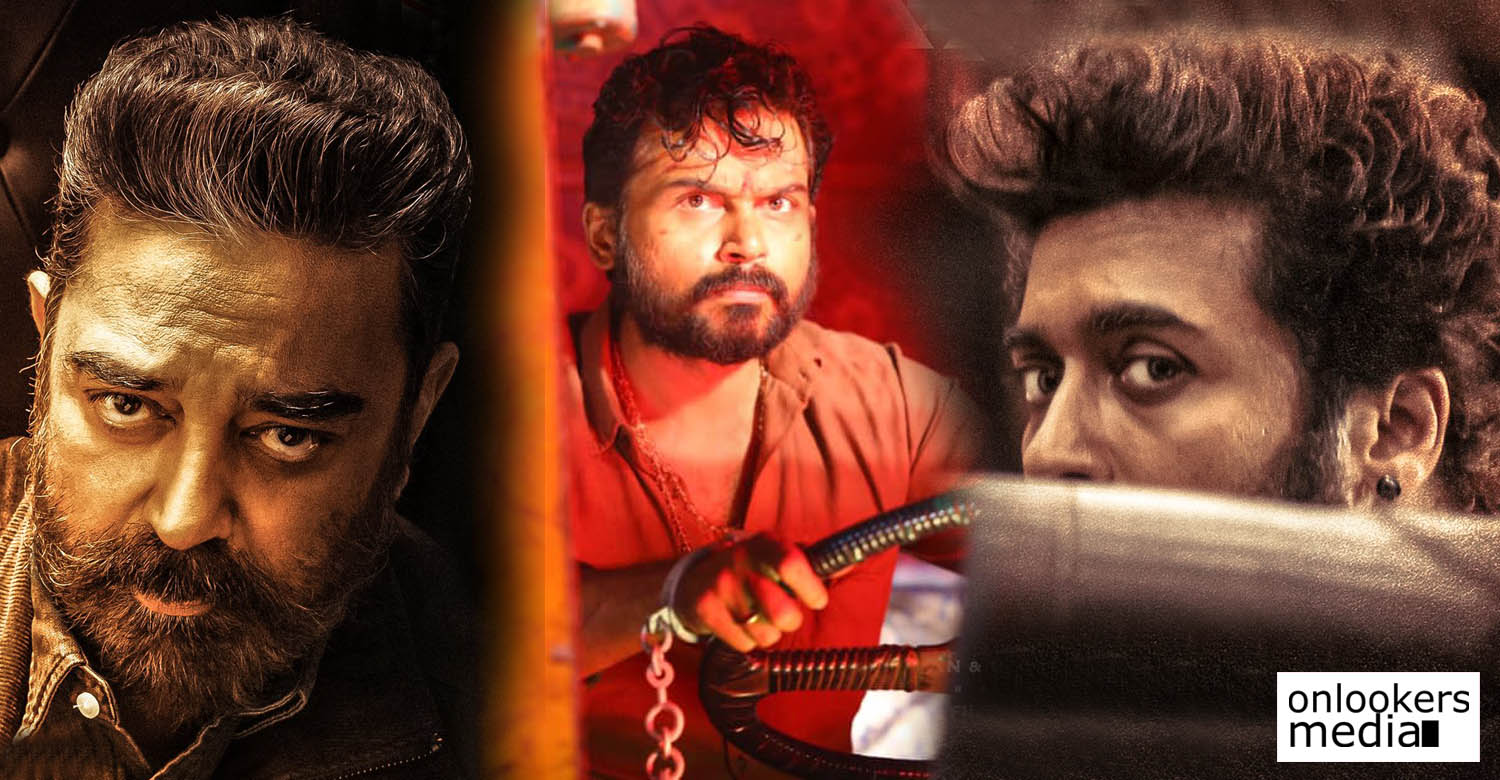 Kamal Haasan’s recent release ‘Vikram’ is continuing his exceptional run at the box office. The Lokesh Kanagaraj directorial has reportedly grossed over Rs 150 crores already and is expected to register bigger numbers in the coming days. Besides the appreciation from critics and commoners, the film is also getting words of praise from those within the industry.

Actor Karthi, who is an integral part of the Vikram universe, has heaped praise on the film and the team members. His post reads,

Vikram – as mentioned by all, a true celebration of our Kamal Haasan sir! It’s such a high to watch him kick up a storm. Action and visuals were racy with interesting connections and surprises throughout. Fahadh Faasil never lets his intensity drop..Vijay Sethupathi brings out a new shade of baddie. Anirudh…what a background score…he makes danger seem so large and the savior seem so powerful.

Finally…mannnn Rolex sir was SCARY. Lokesh you transferred your fanboy excitement completely to the audience.

Paappan post-production works done; Release date to be out soon
First look of Aashiq Abu’s Neelavelicham out
To Top