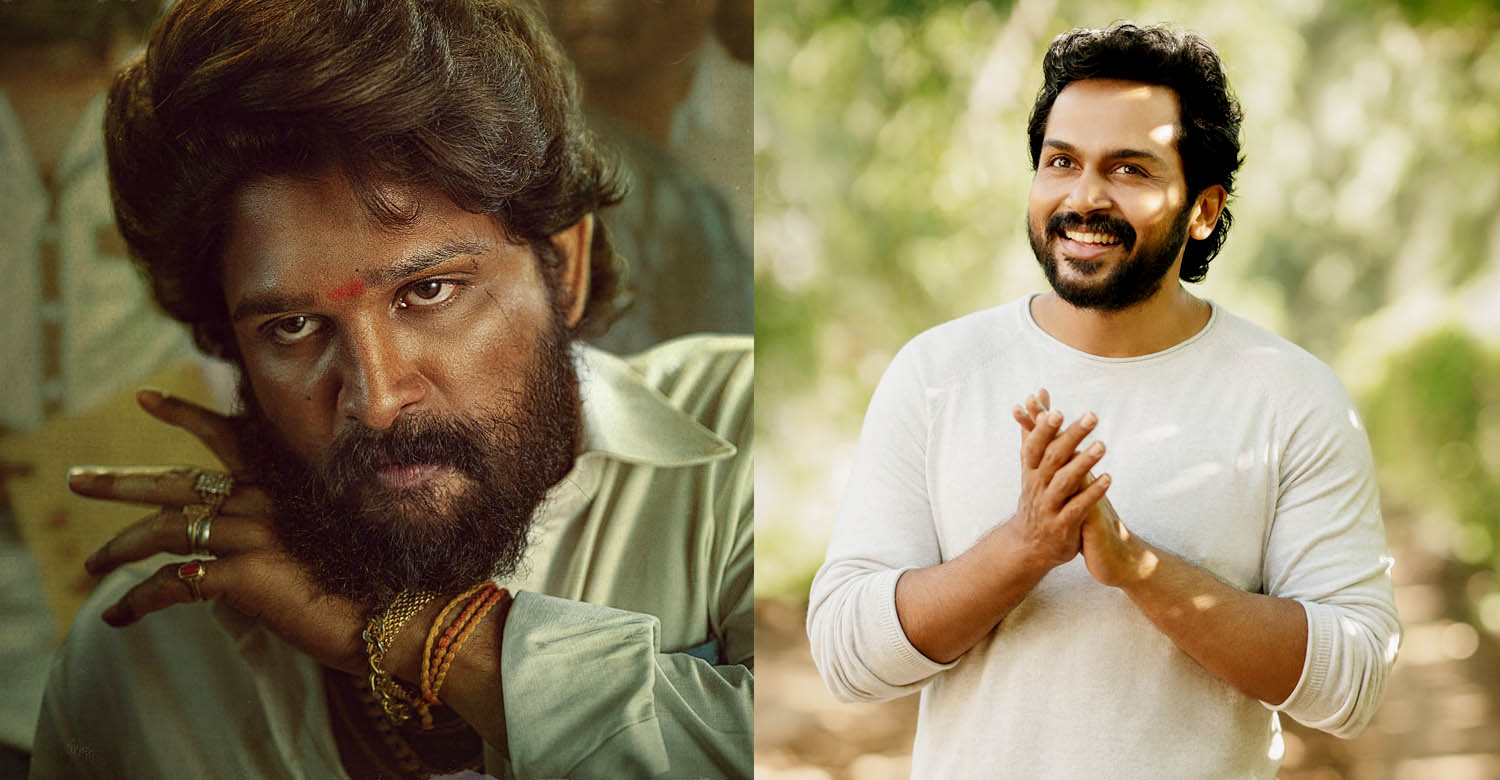 After a blockbuster theatrical run, Allu Arjun starrer ‘Pushpa: The Rise’ started streaming on Amazon Prime Video on January 7. Those who couldn’t watch the film from the big screen are now catching up.

Recently, actor Karthi watched the film and seems like he was mighty impressed by Allu Arjun’s performance in it. He has tweeted,

@alluarjun completely amazed by your portrayal of #Pushpa …such an arresting performance. Sukumar sir – the people and the moments you create and how you capture it is top notch. Fantastic job by the entire cast and crew.
@iamRashmika @ThisIsDSP

Allu Arjun has replied back tweeting,

Thank you my Karthi garu . So glad u liked my performance , everyone’s work and the world of #Pushpa . Thank you for your heart warming compliments

Planned as a duology, the story is centered around the smuggling of red sanders in Seshachalam Hills of the Rayalaseema region of Andhra Pradesh. The first part, ‘Pushpa: The Rise’, is mostly the rags-to-riches journey of the titular character, Pushparaj, played by Allu Arjun. The makers have confirmed that works for the sequel, ‘Pushpa: The Rule’ have already begun.