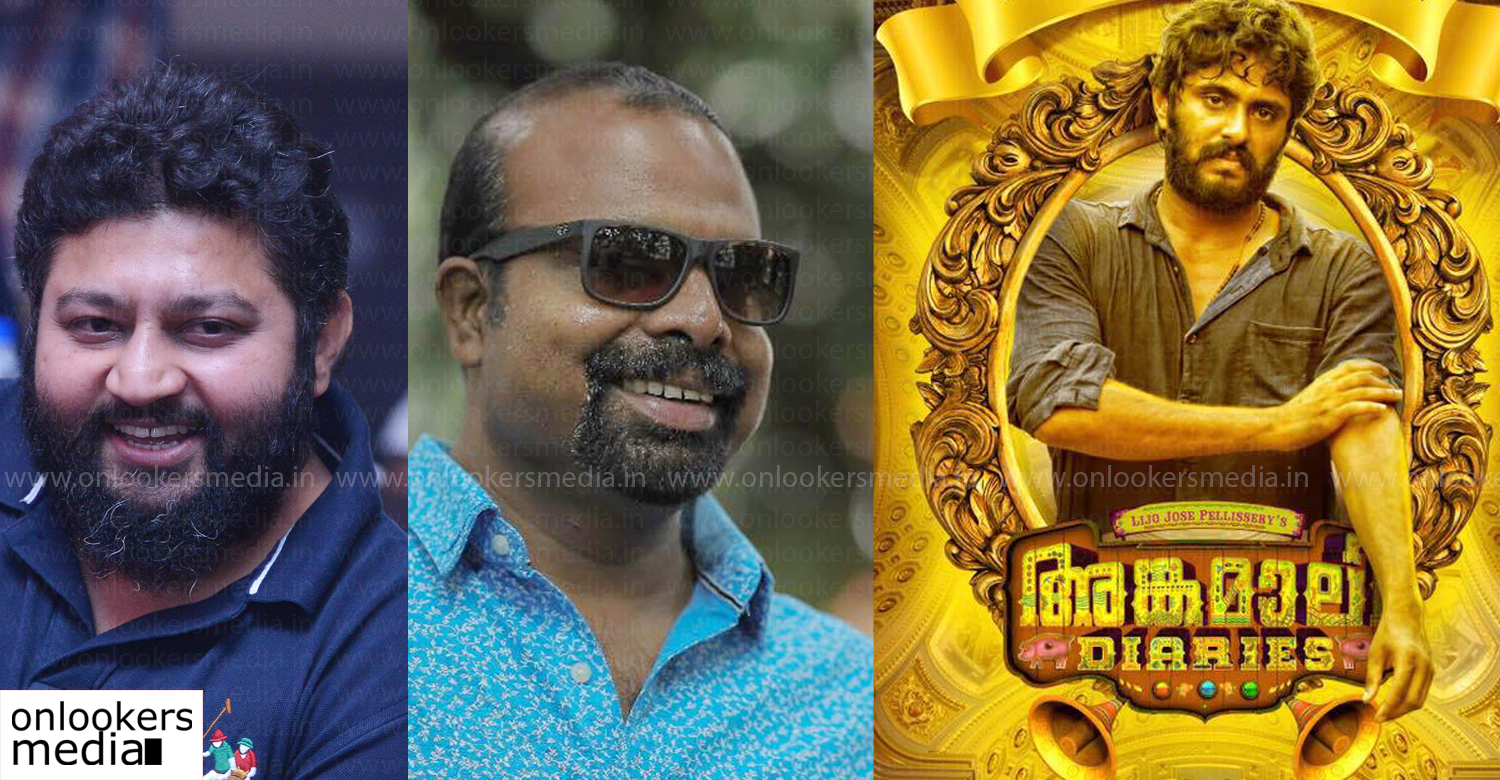 Earlier this year, Lijo Jose Pellissery and his young team weaved magic on screen with the sensational Angamaly Diaries. The movie became a huge rage as the critics and common audience unanimously appreciated the work.

Now, as per the latest developments, the trio of Lijo Jose Pellissery, Chemban Vinod Jose and Antony Varghese are teaming up once again for an upcoming movie.

Chemban Vinod Jose, who debuted as a scenarist with Angamaly Diaries, has posted a photo in his Facebook page. Antony and Lijo Jose Pellissery are also seen in the picture, which seems to be taken during a discussion session. He has captioned the photo as ‘Same team, different roles.. coming soon’.

From the caption, we presume that Chemban Vinod Jose will be acting in this film. Antony Vargheese will probably play the lead role. There are reports about Vijay Babu producing this movie, but there is still no official word regarding the same. More details about this exciting project is expected to be announced in the coming days.

Angamaly Diaries had around 86 new comers playing various characters including the lead roles. It is primarily the story of a group of youngsters from the Angamaly region. The movie explored the culture of that particular area and the nature of the people in that locality.

Upon it’s release, Angamaly Diaries became a huge sensation with national medias rating it as one of the finest Indian films in recent years. Eminent film personalities like Mohanlal, Prithviraj, Anurag Kashyap, Geetu Mohandas, Karthik Subbaraj, Pa Ranjith and many others openly praised the movie. The movie was even taken for market screening at this year’s Cannes Film Festival.

Dangal director Nitesh Tiwari’s next is based on enterpreneur Varun Agarwal
Dileep’s Ramaleela will be a refreshing change from his usual comedy entertainers!
To Top