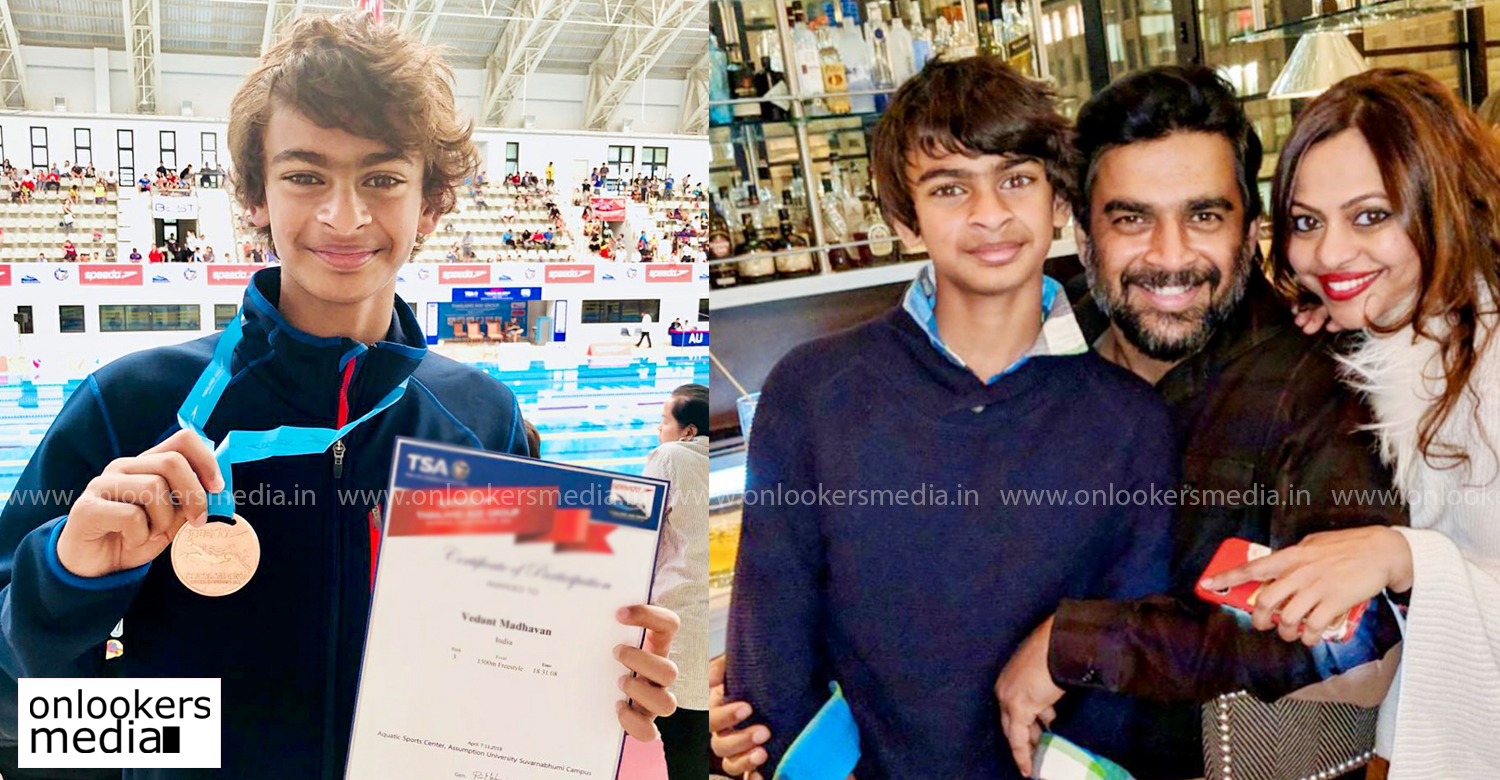 An elated Madhavan took to his official social media handle to share the happy news. He has written, Earlier this year, Vedaant had won 3 golds and a silver medal at Junior Nationals Swim. Last year, the 14-year-old Vedaant won his first International medal for India when he bagged a Bronze at Thailand Age Group Swimming Championships in the 1500 m freestyle race.

Meanwhile, Madhavan is working on the post-production of his directorial debut, ‘Rocketry’, the Nambi Narayanan biopic, in which he is also playing the lead. It is an ambitious film made as a multilingual in Tamil, English and Hindi.